K-Speed Teams With Storm Aeropart On This Honda Super Cub 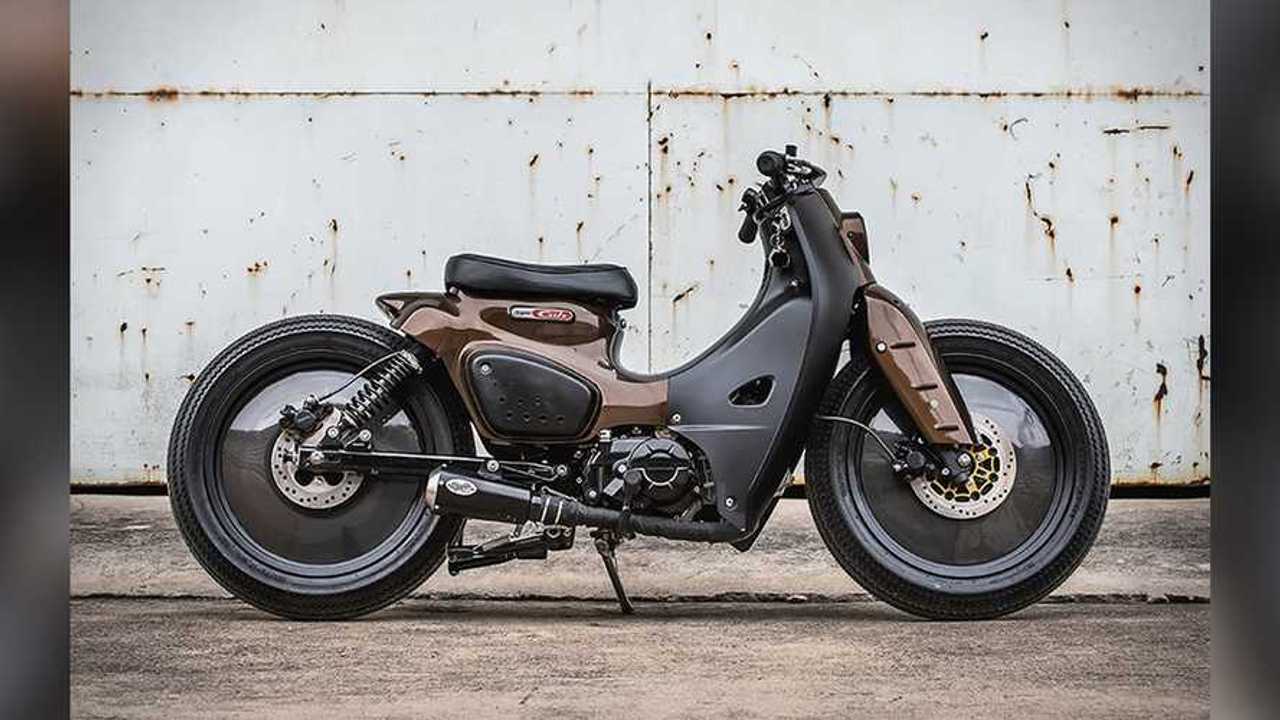 Is it a Cub or a cafe racer?

When you think of the Honda Super Cub, you probably think of either the new version with its modern take on retro looks, or the original Super Cub which has sold over 100 million examples. You probably don't think of it as a sporty cafe racer. That, however, is exactly what Thai tuner K-Speed has done.

THE LIBERATOR OF SOUTHEAST ASIA

The builder has teamed up with fellow Thai builder Storm Aeropart to take its concept of a sporty Super Cub even farther than before. The most noticeable aspect is that it's brown, which is not one of Honda's traditional bright colors. It works here, though, since it also evokes some of the more unusual motorcycle colors of the 1960s and 70s, appropriate for a cafe racer. The black and brown plastics give it a unique and even sporty look, particularly with the "speed holes" in the side covers. The tail gets trimmed significantly, all the way forward to the custom upholstered seat, which is even more than the original K-Speed Custom from last year. Both wheels also get carbon fiber wheel covers, which add to the Cub's street cred.

It's not all show, either. The bike also gets a longer swingarm and rear suspension. Both wheels get disc brakes rather than the original drums. While the standard 109cc engine remains unchanged, a Diablo exhaust gives it a bit more bark. New handlebars, grips, speedometer, and footpegs round out the Super Cub's transformation into something it was never meant to be but works anyway.

Strangely, K-Speed's website doesn't appear to list any of its Cub conversions, of which this is the fourth one this year. Hopefully overseas, where the Super Cub has remained popular since its introduction in 1958, these parts will be available through K-Speed and Storm Aeropart for people to customize their rides.