Motorcycle fatalities are down in states with bans on handheld cell phone use.

Bans on cell phone use while driving are having a positive effect on reducing motorcycle fatality rates, according to a recent study by Florida Atlantic University and the University of Miami.

HANG UP AND DRIVE 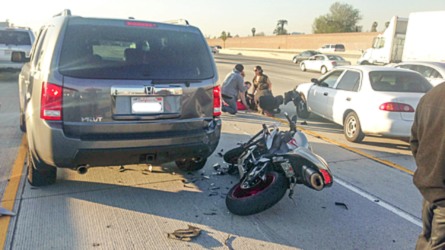 How To Respond To A Motorcycle Accident 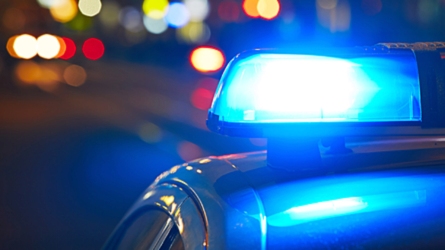 The study actually intended to focus on overall traffic fatality rates involving cell phone use while driving. When it comes to car-to-car crashes, it's not clear that partial or total bans on phone use while driving has had any effect on fatalities. This could be explained by the high level of crash safety built into modern cars. It's possible that the number of crashes may still be higher in states without cell phone bans, but the cars involved are doing a good job of protecting their occupants from death.

Such is not the case when it comes to motorcycles, however. To the researchers' surprise, data from the study reflects that. States that have either a partial or total ban on cell phone use while driving have as much as an 11 percent reduction in motorcycle fatalities compared to states with no ban at all. This likely comes as no surprise to those of us who regularly battle inattentive traffic on two wheels, but it's great to get some quantitative statistics to back up our subjective experiences.

The researchers of this study argue that policymakers should consider strengthening texting and handheld cell phone bans, as well as enforcement, to improve safety and save motorcyclist lives. According to the Insurance Institute for Highway Safety, using a hand-held cell phone while driving is illegal in just sixteen states plus Washington, D.C. as of December 2018.

Some states are in the process of implementing such bans, while others are being held up in the legislature. In my home of Massachusetts, for example, several bills have been introduced to the state Congress with strong support from the public. Governor Charlie Baker, who previously opposed the bill, reversed his position on the subject last year and now supports it. Yet legislators have hesitated to pass such bans out of fear that they could be used to facilitate racial profiling, giving police another excuse to pull people over. All states surrounding Massachusetts already have such laws on the books. Texting while driving is already prohibited in Massachusetts, as well as nearly every state.

This is just one state's example of the difficulty of passing a hand-held cell phone ban. Perhaps this study will lend some credibility to the claims of improved safety with a ban, particularly when it comes to motorcyclists, and help get more such laws passed.