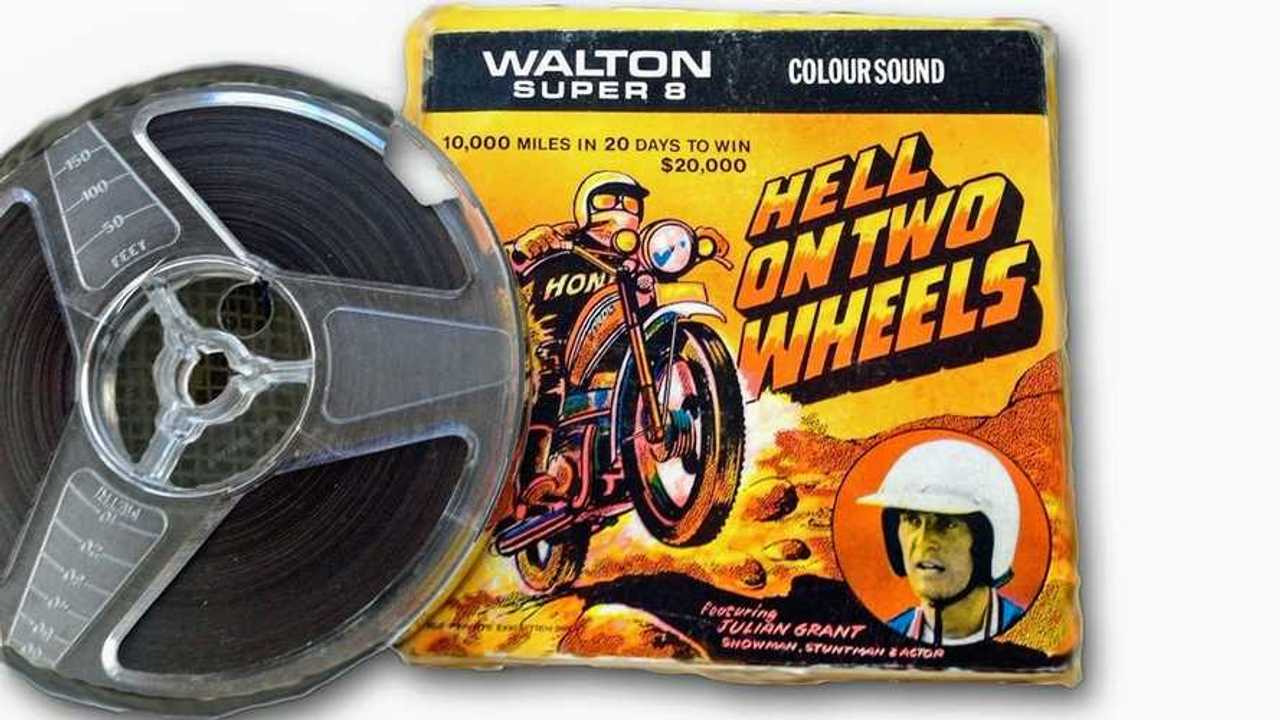 Lost footage of record ride around the continent found

In the early 1970s, Hodaka sent its VP of sales Frank Wheeler on a trek around Australia on a 125cc trail bike, and got plenty of publicity for it. Thinking he could do better than 31 days, a British rider by the name of Julian Grant set out in 1973 on a nearly stock Honda CB750, with a 16mm film crew following him. While the CB750 may seem like a much better choice than a 125cc dual sport for a long distance record run, much of Australia's Highway 1 at the time was still dirt or gravel with nothing but a sign and a government proclamation making it a highway.

The video footage is not of the highest quality, but considering how it was thought lost it is better than nothing.

Considering that a new Honda CB750 cost about $2,000 at the time, $20,000 was a pretty nice payday for Julian, if he could pull this off. However, there is a bit of contention over whether there was ever a bet, or if this wasn't just a young filmmaker and motorcycle rider's attempt to make a name for himself. Remember, On Any Sunday had only just come out the year before, Then Came Bronson was popular on TV, and four guys from Colorado had made money with another little documentary called Cycles South, with no budget or plan other than to ride off-road to Mexico. Unfortunately, this stunt did not lead to fame and fortune, but it did lead to a series of Honda ads, which is where we first learned of it while flipping through old magazines.

When you think about the time, money, and trouble involved, we have to assume there is still a longer, perhaps feature length, film of this epic ur-ADV ride somewhere. According to foggy recollection on the Honda SOHC4 forum, there was a TV cut that would have been 30-60 minutes that showed back in the 1970s. Julian Grant's 19 day record was short lived though, with Chris Peckham beating it only the next year (though still on a Honda, this time a XL125) and by the end of 1974 several people had cut it to about 16 days. You can read all about the various riders and bikes they did it on in this excellent Australian Motorcycle News write up.

It would be great to interview Julian Grant, who would likely be about 75 now, but this movie did not make him famous enough to stand out from other similarly named people online. Perhaps someone out there knows him? Or has a longer copy of the Hell on Two Wheels film?

2 Photos
++
Got a tip for us? Email: tips@rideapart.com