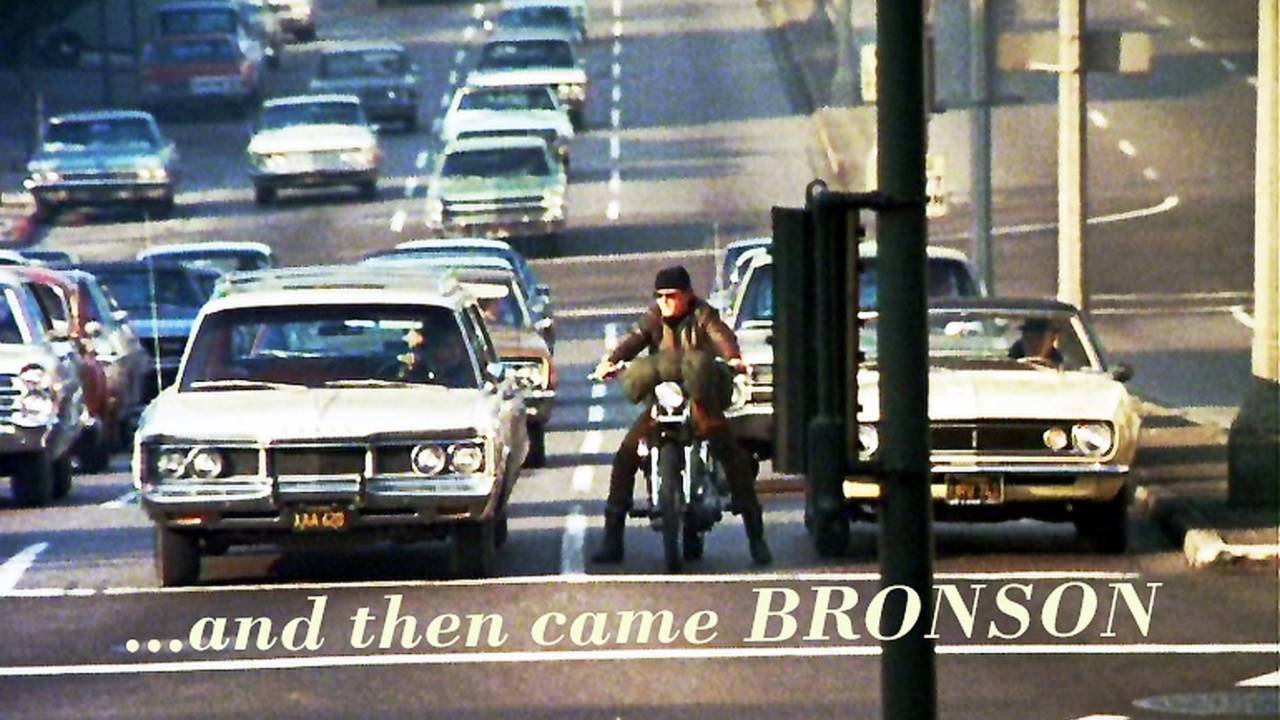 This week's Moto Movie Review moves away form the big screen and into your living room with the TV Movie Then Came Bronson.

More so than even the legendary flick, Easy Rider, the bikers who bought and rode motorcycles in the late 1960s and though the 1970s were influenced by this TV movie and the 26 episodes that followed. Then Came Bronson had as much influence on a certain subset of culture as Star Trek did, and it is a shame that several generations have been deprived of this well done show.

Like much of pop culture in the late 60s, the big shots in charge were getting desperate and experimental because they were having a hard time attracting the hip young crowd. On the big screen were long shots like Midnight Cowboy, The Wild Bunch, and Alice's Restaurant (which made more money than Easy Rider, or those other two),while on TV it was Hugh Hefner hosting Playboy After Dark, while The Courtship of Eddie's Father was tackling single parenthood, Love, American Style was examining the new romantic landscape, and H.R.Pufnstuf was teaching America's youth about psychedelic drugs. Into this zeitgeist, NBC greenlit a TV movie about a big city newspaper reporter who drops out of the rat race and rides off on his motorcycle looking for adventure. Denne Petitclerc the creator, was by a former reporter himself, an orphan, and one of Earnest Hemingway's protege, who had only a handful of TV writing credits to his name. But it was a case of writing what you know, and  he already had a lifetime of stories from his first 40 years on earth, plus he knew another reporter who had done exactly that years earlier.

The action of the series starts in the TV movie, with Jim Bronson (Michael Parks) just getting back into town where he meets an old friend who has grown disillusioned with the world (Martin Sheen). Just before killing himself, he gives Jim his motorcycle, which is enough of a push to get an already shaky Bronson to quit his job and hit the road. One of the first people he meets is a runaway Bonnie Bedelia, running into the ocean in her wedding dress. She is only the first of many lost and lonely souls he helps in the course of the next 26 episodes. But there is also plenty of time for various forms of motorcycle racing and riding, a surprising amount of it off road.

The production would spend several weeks in one location, very rarely near L.A., and shoot 2-3 episodes at a time. Then they would move onto the next spot. Though it wasn't heavy drama, there were occasionally life and death situations involved. The show also took on issues like cults, drug and alcohol addiction, faith, man's relationship with nature, aging, and mortality. There is a reason for this show's popularity and cult classic status, because out there on the road, on his own, Jim Bronson might not figure it all out, but he does manage to find some answers and live a good life.

The motorcycle was a 1969 Harley Sportster (and some 1968 backups), fitted with a small sissy bar, over-under mufflers, and an all seeing eye decal on the bright red gas tank. It also had knobbies, as improbable as that seems. Michael Parks, the star, did ride it in a lot of shots, but they called out the big guns for stunt work. Bud and Dave Ekins traveled with the production, with Bud coordinating the action and riding many of the stunts. They were able to make desert sleds fly in race situations, so getting a Sportster off the ground, or up a hill, for production was no big deal. It didn't hurt that Bud actually looks a lot like the lead actor, too.

This show is not readily available to stream, or even via Amazon, but at least five episodes are out there (links at the bottom) and the TV movie can be purchased on DVD. My guess, from working in TV twenty years ago, is that there are legal issues with the music that keeps them from distributing it. The studio was trying to also make Michael Parks into something of a folk rock star, and he sings not only the closing credits song, but probably a dozen other songs over the course of the series. There was an official soundtrack released, as well as a 45-record of the closing song. Considering how these things usually go, the music is surprisingly not bad.

RideApart Worth Watching: You should definitely see at least some of this series. Some episodes may be a 7 while others are a 9.5 out of 10. Overall it would average an 8.5-9 rating. When I call this a cult classic, I am not kidding, there are all sorts of guys out there with the Bronson bike replica, who discuss minutia of the show endlessly on forums. They even occasionally meet up at filming locations. This show can be addicting.

Normally I put stuff to watch for here, but instead I'm going to list links to the episodes online instead.

TV Movie (series pilot): The only place I can find this is via a DVD on Amazon, which you can get here.

Episode 1 "The Runner": Streams via Daily Motion - The Runner.

I highly recommend you watch episodes 2 and 23, if you aren't going to watch them all, but those two will probably hook you. Here is the official 1969 preview as shown to the affiliate stations - Fall Preview.