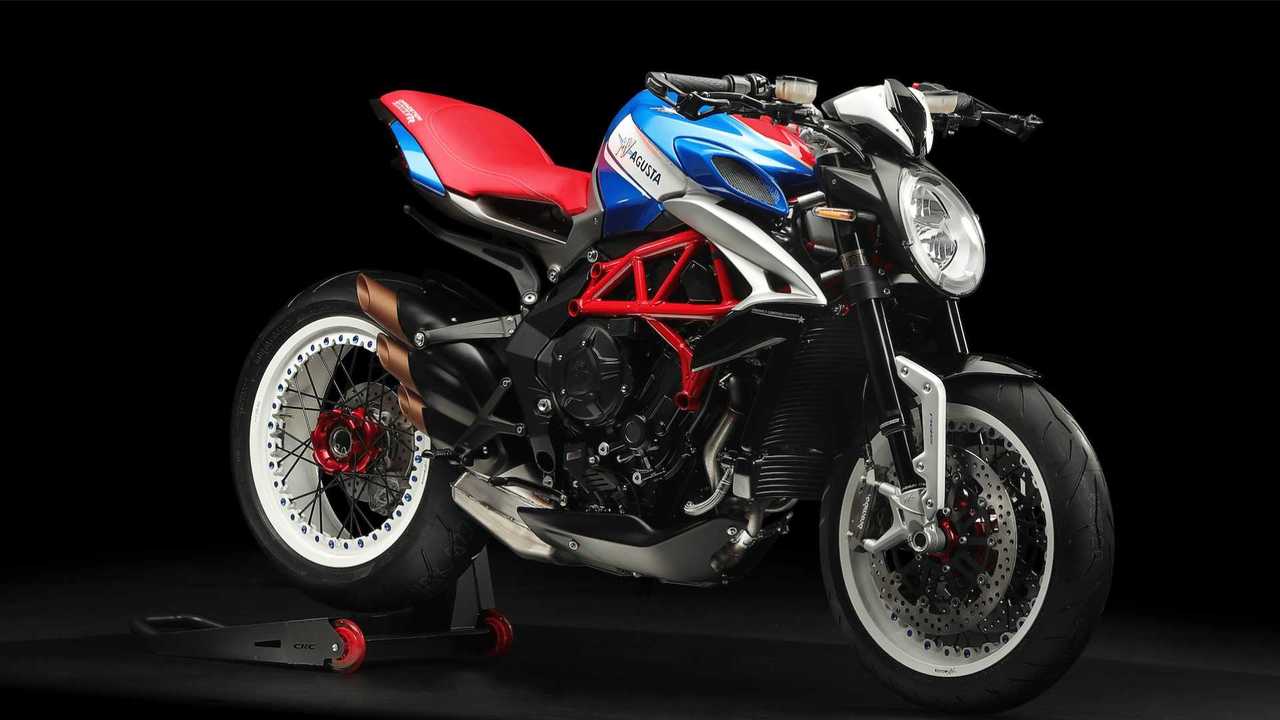 MV Agusta is on a roll lately with special edition bikes like the F4 Claudio Castiglioni Edition and the Brutale Serie Oro. One more addition to its list of limited run bikes is the Dragster 800 RR America.

HOW MANY SPECIAL EDITIONS DO YOU NEED?

The "America" moniker dates back to 1975 when MV Agusta applied the name to S America 750. Three versions of the Brutale America followed. The most recent one arrived last year. Now the classic red, white, and blue color scheme has spread to MV Agusta's Dragster thanks to its Castiglioni Research Centre in San Marino.

Unlike some other recent special editions, the Dragster 800 RR America will not receive any performance modifications under its retro skin. The retro-inspired color scheme looks great on the Dragster, though, with red, white, and blue accents on the gas tank combined with MV Agusta's logo, plus stars on the top just like the original S America 750. The saddle is bright red with special gold stitching. Gold exhaust pipes exit the black exhaust system by the back wheel as another fine accent. Even the wheels carry on the America theme, with blue hubs, red spokes, and white rims. The front fender gains an MV Agusta logo, and "America Special Edition" decals adorn the radiator and gauge cluster, which also gets a sequential production number out of the 200 Americas to be made.

Not every special edition motorcycle has to have wild modifications to boost horsepower and top speeds through the stratosphere. There's no word yet how much of a premium you will have to pay for the Dragster 800 RR America's distinctive color scheme, but this is definitely one that will not fly under the radar, and that's the entire point.