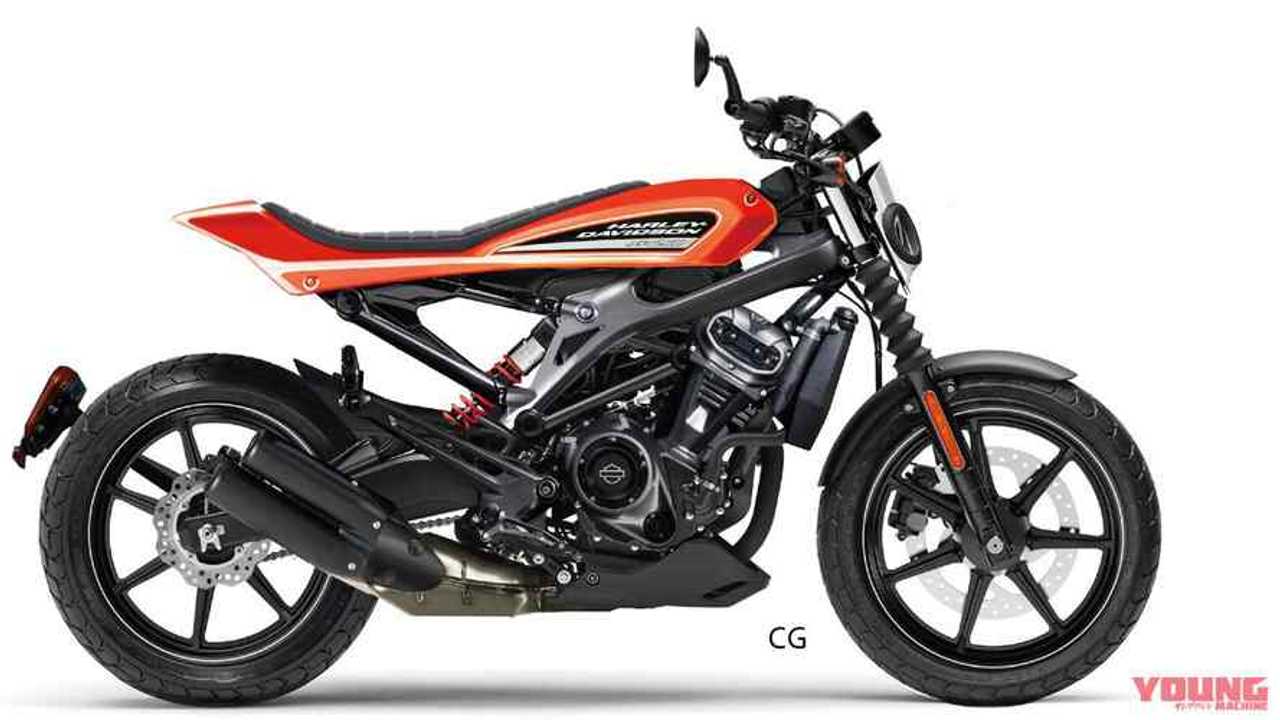 Earlier this year, Harley-Davidson announced that, like a number of other manufacturers, it was working on enhancing its Asian offering with the addition of small displacements models. At the time, however, the company was looking for a partner to help make it happen. Looks like Harley has finally found a teacher for all things small.

This render has been created by Young Machine editor Ichi using a modified Street 500 engine block morphed into a one-cylinder, wrapped into a flat-track-looking package inspired by the drawing of a potential H-D electric model introduced earlier this year. The level of detail is impressive and had the author of the piece not mentioned having created the CGI himself, we could easily have been lead to believe this is the real deal.

Also according to the site, Harley-Davidson has finally found its sensei for the production of smaller 250 to 500cc models; TVS Motor should be the master. The Indian company has some serious experience with small-displacement motorcycles—including a lineup of 160 to 310cc models of its own—and has even partnered with BMW for the G310.

The downsized platforms are part of the company’s long-term plan unveiled on July 30, 2018, that aims to propel its momentum on emerging markets and refresh its image as an aging brand.  The plan that spreads on four years also involves the introduction of more youthful models as well as a broader electric offering.

The digital image of what a baby Harley could look like is delightfully detailed. Its design is very in line with the current trend of bringing flat-track racing to the streets. If this is indeed what Harley is going for, we foresee a great disturbance in the Force, as if millions of voices cried out “Bring it to America!”.

Though we know this isn’t exactly real—though we hope there is truth to it—this is a nice appetizer to sink our teeth in until Harley actually unveils the direction it plans to take with its future tiny model.