Travis Pastrana is Looking For a Few Good Stunters 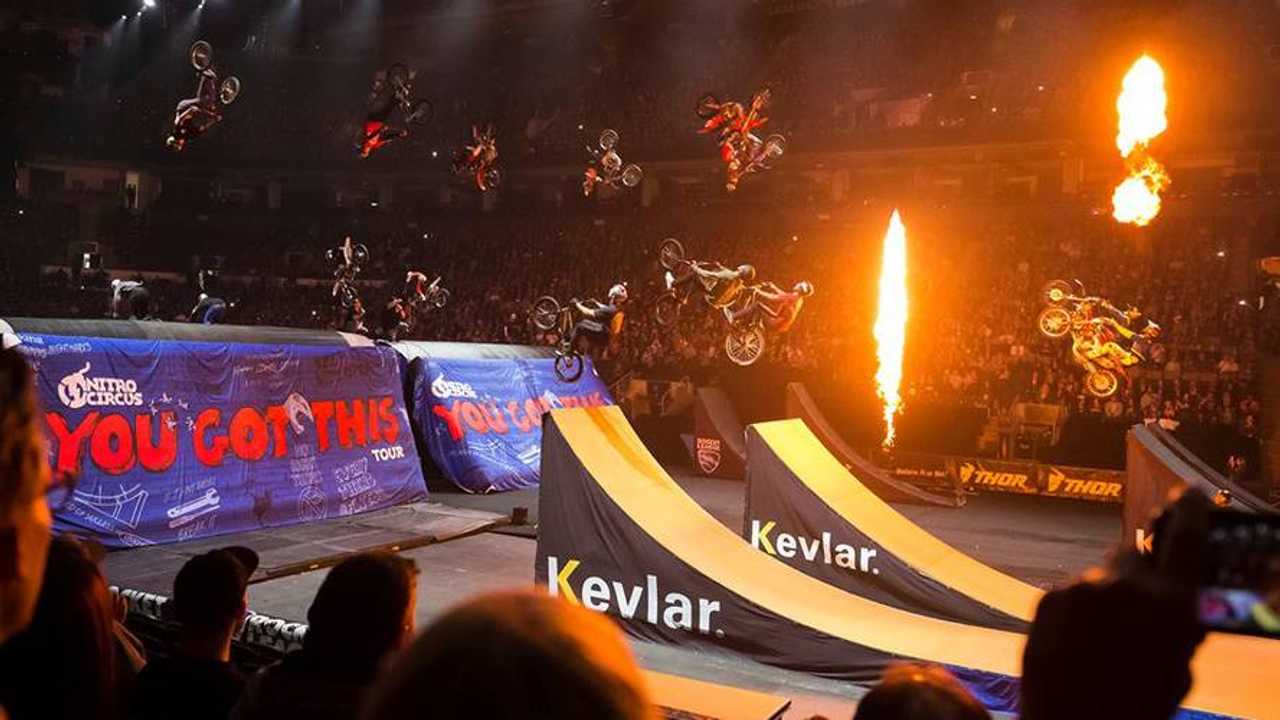 Think twice before raising your hand

In what he describes as one of his worst ideas, Travis Pastrana is planning a real shitshow for the Nitro Circus: You Got This tour coming to Anaheim’s Honda Center on Saturday, October 13. The craziest part about it is that you could get to be part of it.

Only three months ago, Pastrana paid tribute to famed daredevil Evil Knievel by performing three of Knievel’s jumps in an 18-hour stunt marathon in Vegas. He wasn’t going to keep his feet on the ground for very long and this upcoming weekend, he will take flight once more for the Nitro Circus. The stunt show will feature some of the most talented freestyle motocross athletes, scooter and BMX riders, as well as roller skaters.

“And there’s a guy in a wheelchair doing a double backflip,” Pastrana added in an interview. So pretty much anything with wheels that can do a backflip will tackle the ramps.

The stunts performed by the massive crew will single, double, and even triple backflips and frontflips and even a backflip train with everyone lining up to flip all over the course. Even just describing the stunts is dizzying, imagine performing them.

Despite an impressive track record, Pastrana describes himself as the worst rider of the show, explaining that his level is nowhere near what the “kids” are able to do nowadays. He uses the term “ridiculous” to describe just how extreme and crazy things might get.

The show’s craziest feature, however, aren’t the jumps—that are already pretty crazy. Nah, Pastrana is taking things up a notch and plans on picking people from the audience to put them on bikes while the riders are doing backflips. Things have gone wrong in the past so there’s no promise it won’t get ugly during the October 13 event. You better think twice before raising your hand, you’ll have a cool story to tell for sure, with or without the marks to support it. Tickets to the event start at $43.