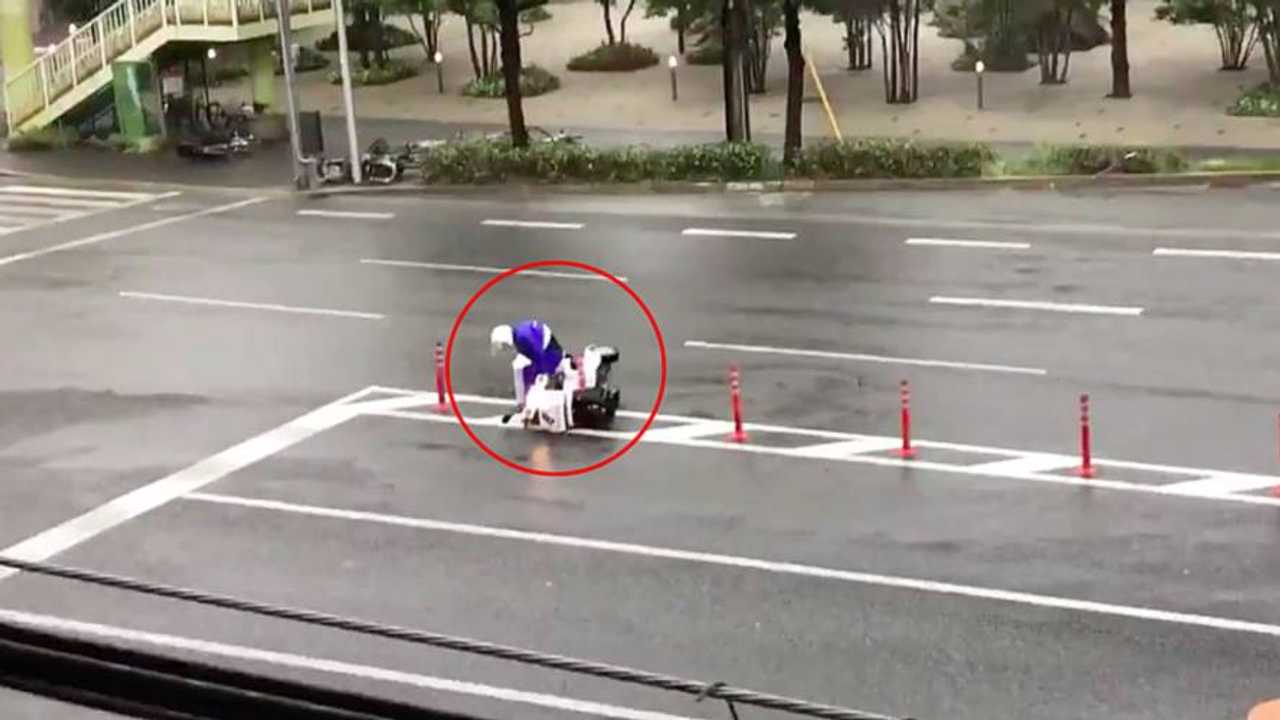 This Japanese Domino’s Pizza place wasn’t about to skip on some revenue. Battering winds and torrential rains weren’t going to interrupt the (vital?) pizza delivery service.

Watch This Rider get Plastered by a Flying SUV

While most of our attention has been focused on the Carolinas following hurricane Florence’s landfall, Asia has been taking a beating from a series of typhoons, including the biggest one to have formed this year. Earlier this month, Typhoon Jebi struck Japan, the worst storm to hit the island in 25 years. Winds reached 130 mph, sectors received copious amounts of rain, and 17 casualties have been reported.

While most business were shut for the duration of the storm, including the US consulate, one restaurant didn’t let a bit of bad weather affect its affairs. It was just another day in the office for the employees of a Domino’s Pizza located in Osaka.

Videos of what could only be described as a devoted Japanese pizza delivery guy have surfaced on Twitter. Either the guy loves his job or he really needs the money. The images were filmed in one of the sectors hit by the brunt of the typhoon. The rider on a white Domino’s scooter is seen fighting his way through the deserted streets, trying to stand against the destructive wind gusts. On more than one occasion, the scooter topples and gets tossed by the wind. At one point, the delivery man even gets swept off his feet.

People understandably questioned the business’ ethic for sending a delivery man on a run in the midst of a typhoon. Thankfully, witnesses reported that the rider was unharmed and managed to take refuge in an apartment building.

Does pizza constitute a vital need in times of crisis? Debatable. We can only hope the rider got a raise or that he at least received the title of employee of the month for facing typhoon Jebi to make sure people would get their pizza delivered. Not all heroes wear capes—and according to Edna Mode, none should. This hero was wearing a helmet instead. We hope he received a good tip too.