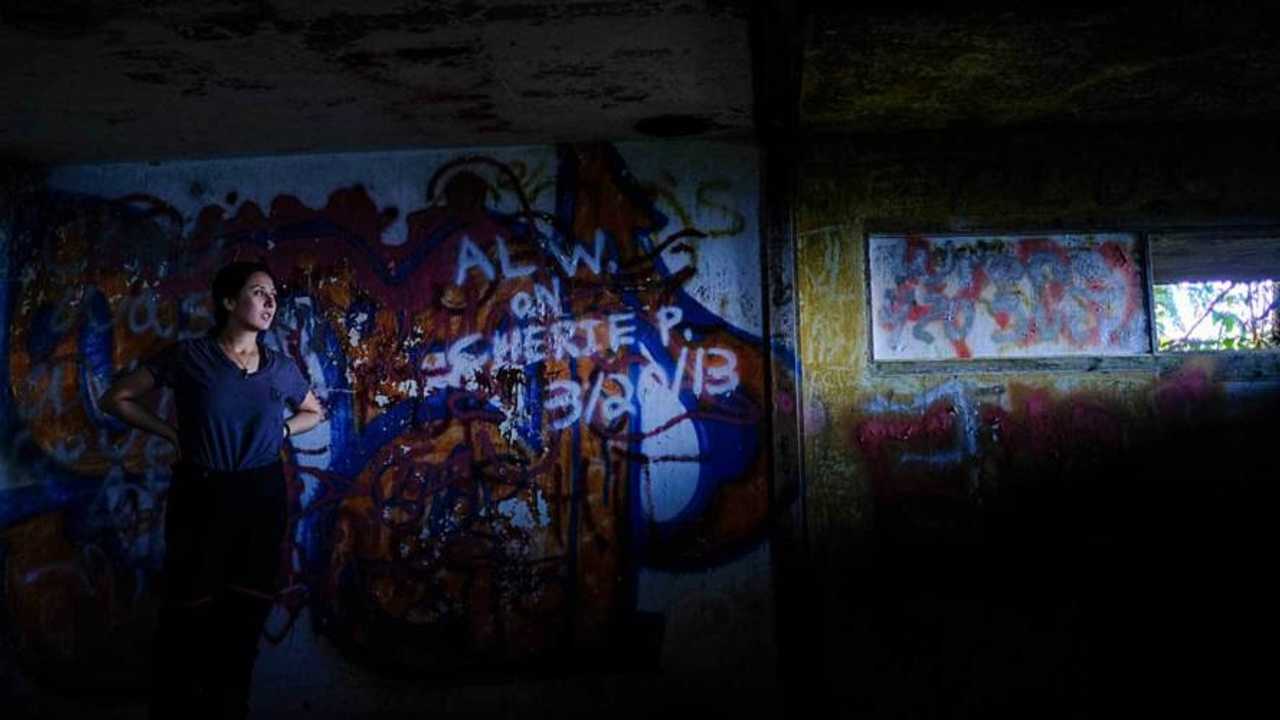 How far would you go to see a bit of lost, nearly-forgotten military history?

Buried in the backwoods of the Pacific Northwest is an assortment of shelters which have laid dormant for decades. For those willing to explore a bit beyond their comfort zone—down dusty dirt roads, through dense forests and around metal gates with ominous sayings like ‘STOP’ stretched across them—these cement structures are reminders of a world once filled with fear. Looming over inlets and waterways throughout the region, the fortifications and armaments of the inter-war period are now time capsules for the curious, assuming you know where to look.

We’ve found a few over the years—rumbling down old roads and along slow single-track trails aboard our dual-sport motorcycles. Although a friend had shown us the way to a few he had found, he certainly wouldn’t hand over a map or tell us where to find some of his favorites. Instead, he suggests that some things are best left discovered on your own. I couldn’t agree more. While a finger pointed in the general direction of these long-forgotten structures is often necessary, much more than a ‘just go this way’ can spoil the fun. So once again, like years passed, Kyra and I mounted our thumpers and wandered off into the woods in hopes of stumbling across something wonderful.

Exploration and adventure go hand-in-hand. Forks in the road inevitably lead you towards achieving the latter, assuming you’re willing to accept the risks. Maybe you’ll waste a whole weekend wandering aimlessly about, or maybe you’ll turn a corner and be surprised to see something you didn’t even know you were looking for. Here, in the Northwest, the Forest Service and logging roads can leave you lost for days, twisting and turning towards mountain tops and through stretches of thick forest you’d think otherwise impassable. You must remember, though, these fortifications were built by man. Which means there will always be ways to find what you’re after because someone’s been there before you. Even if it was 80 years ago.

With our fuel tanks full and bellies bloated from a terrible breakfast sandwich aboard the ferry from Seattle to Bainbridge, we set off. Camping kit strapped to our tails and just enough layers to keep us warm when the sun settled into the trees and long shadows cast a cold chill across our chests. The first few nights were spent along an old logging road, our tents pitched in a clearing home to countless long-legged spiders and other slimy critters that call the Peninsula home. We turned off the highway at every opportunity, disappearing down dirt roads, our fenders aimed upwards toward the hillsides and slopes that edge the Pacific Ocean. We failed to find anything, though. Nothing new. Just fast gravel and big smiles from throttles wicked all the way open. My father was with us for a few nights but had to head home early. We, instead, took the long way back, over a small range to a little café for ice cream and lunch. Then back again, to the highway for a spell, before turning off towards a bunker we’d been to before.

Sitting some 300 feet above the Strait of Juan De Fuca, we believe this cement shelter was built sometime between the two great wars. A sense of preparedness had overtaken the area, and measures were taken to protect the sole waterway which leads to its largest city and seaport. We’re not sure, though. What I do know, however, is that this particular bunker is accessed only by breaking a few laws, turning off a well-trodden trail and following your instincts up, riding narrow single-track deep into the woods. The brush had grown quite a bit since the last time we were there, forcing us to stop from time to time in order to clear the trail ahead of us. Kyra, unable to see the obstacles in front of her, hit a rather large washout at speed sending her off the seat and into a bramble bush. I, too, had an off-bike-experience of a similar nature, being bucked off my DR-Z by an unseen root system. Ultimately, though, we clawed our way to the top, where a rectangular cement doorway beckons you in. Of all the bunkers and fortifications we’ve come across, this one is the most spectacular. Not for its size or sophistication, but for the view it affords you.

We’ve had plenty of people ask where they are, these bunkers. How they might find them, or if they’re easily accessible. If we’re friends, I might show you someday, one, or maybe two of those which we’ve discovered. But for anyone else, we’ll point our fingers towards the coastline and perhaps mutter something like ‘they’re out that way.’ Because some secrets are worth keeping.