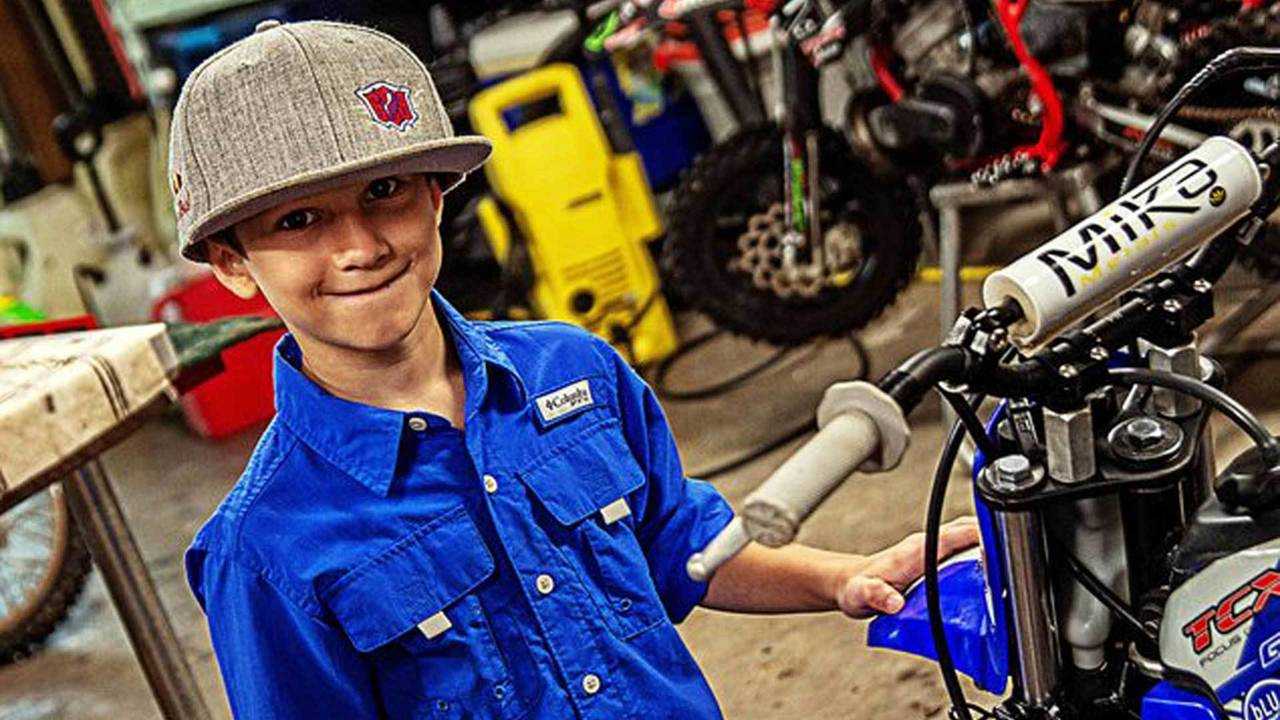 Weston Fryar is going places and he's getting there fast. At 7, he is slowly working his way up the motocross racing ranks and we're rooting for him.

Kid racer makes his way up the ranks

Some athletes say that their entire life has revolved around their art. For motocross racer Weston Fryar from Jacksonville, Arkansas, it's hard to say otherwise. At only seven years old, this pint-sized powerhouse is slowly making his way up the motocross ranks.

AWESOME KIDS: American 5th Grader Gets Invite to Race in the UK

When dad is a motocross fan, there is bound to be some off-road riding done at home. For Weston, life on two wheels started as early as 18 months when his dad put him on a strider bike. It wasn't too long before he graduated to an actual motorcycle, a Yamaha PW50. His training ground was the now-closed Tony Wynn Memorial MX track where he was promised that as soon as he could complete a lap, he'd be allowed to race. Challenge accepted. Weston was 4 when he entered his first race.

The first few attempts were tough, and the kid finished last a few times. As the family told the Northern Arkansas Democrat Gazette, they would hug it out and move on to the next race, not dwelling on the losses.

With two years of experience under his belt, Weston has started working his way up to finish in the middle of the pack. His consistency and calm demeanor have blown his dad away. Weston even managed to qualify to compete at "Loretta's", a dirt bike racing event hosted on country singer Loretta Lynn's ranch from July 30 to August 4. The event has previously seen the likes of James Stewart Jr. and Ricky Carmichael compete before becoming pros.

AWESOME: How To Find the Right Motorcycle For Your Child

His time at Loretta's allowed Weston to get an 11th and a 5th position in his first two races. He needed to at least finish 14th in his last race to make it to the Top 10. Despite a series of minor crashes and having hit his head on the second fall, Weston pulled off a 14th place awarding him the coveted Top 10 trophy. He got cleared of any head injuries and the kid has no plans of slowing down and his next target is the Ponca City MX in October, in Oklahoma.