Watch a Car Send Rider Flying Off His Bike 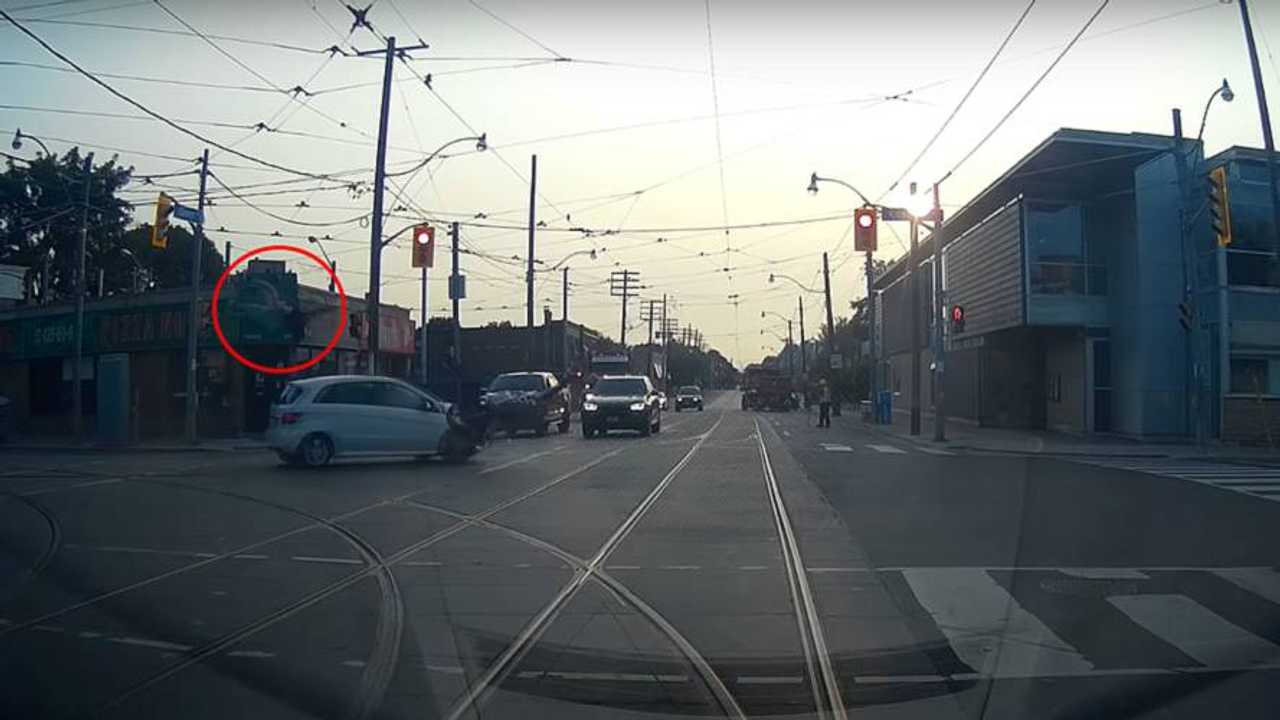 A Toronto rider hit a car and is sent flying off his ride. The scene was captured by a dashcam and shows the dramatic moment of the impact.

Riding in the city comes with its fair share of risks. With cars, pedestrians, and bicycles everywhere, it requires focused attention at all times. No matter how hard you try, there's no guarantee that all those skills and attention of yours will have a 100 percent rate of success.

A Toronto rider got hit with a full dose of reality when a crash sent him flying off his bike, as shown in the video captured by a dashcam. A little after 7 am on August 20, 2018, a white Mercedes-Benz can be seen waiting to take a left turn at the intersection of Queen and Coxwell. In a matter of seconds, a dirt bike appears at the intersection, just as the car driver begins his maneuver. We all know what happens next: the rider hits the car fender at full speed which propels him off his motorcycle. The rider is thrown forward and flips like a shuriken before hitting the ground.

BONK!: Watch a Biker Try, and Fail, to Show Off

Obviously, we very clearly see that the little white Merc is at fault and that the rider had precedence. There is no say whether the rider was speeding in the 30 mph zone, but at the speed he was going coming in the intersection, he had no chance whatsoever to react to the driver's move. You know it, I know it: as unfair as it is, we have to think for everyone else and the better you are at anticipating, the less likely you are to get hit by a distracted driver.

BAM!: Watch a Scooter Rider Get Hit By a Car then Fall Down a Hole

According to the police, the rider in his 30s suffered severe but non-life-threatening injuries. There is no say whether charges will be laid. This is yet another reminder to adapt your riding to your environment. As exciting as zipping through town is, riding like a grandma at least allows you more reaction time. So be like a grandma: drive slow and offer everyone candy.