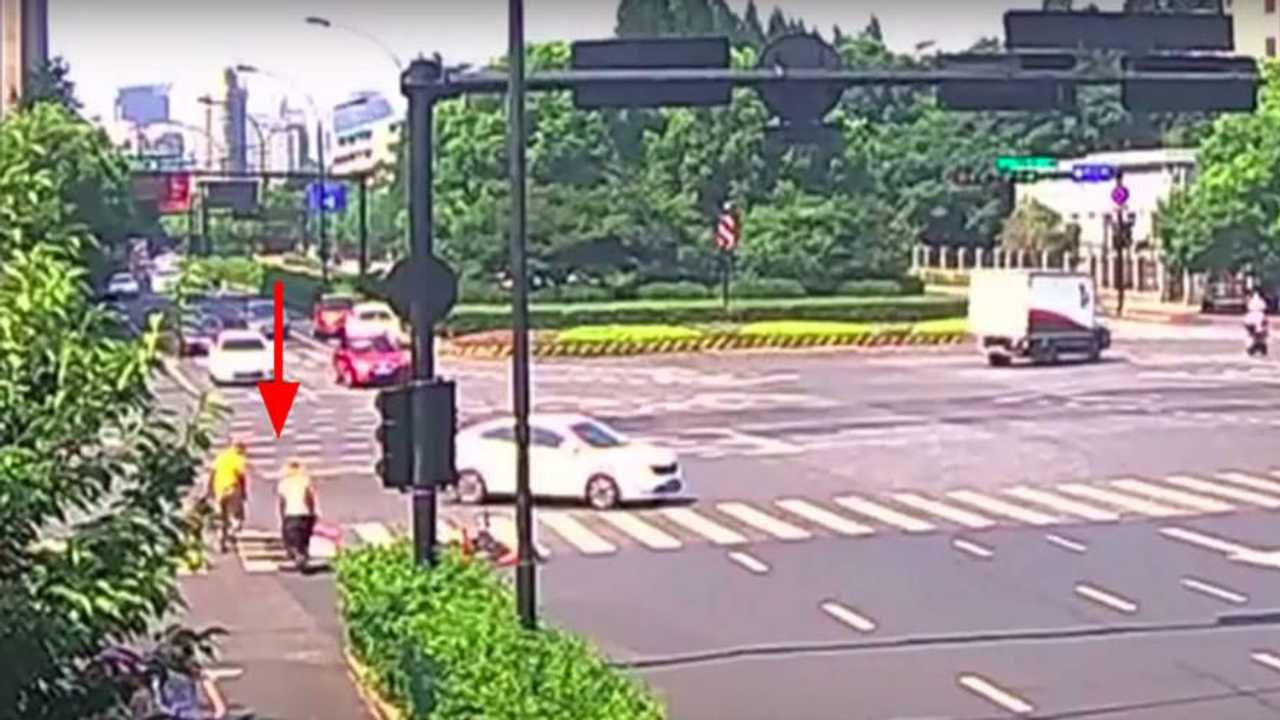 There are bad days and there are really bad days: this unlucky rider got knocked off her scooter before falling to the ground and tumbling in a manhole.

Getting hit by a car while going about your business on a motorcycle or a scooter is already enough to put a damper on your day. Things got even worst for a lady in Hangzhou, China, who crashed and fell at the wrong place, at the wrong time.

SPEAKING OF WEIRD OCCURRENCE: Watch Man Fight a Monkey for His Motorcycle

A traffic camera captured the images of the weirdly rapid yet slow chain of events at a busy intersection. The victim can be seen riding a scooter across the street. She has apparent priority, but a white sedan makes a right and t-bones the scooter. The scene is surreal: nobody is going very fast, the visibility is clear for the car driver, and the rider has already crossed most of the intersection. It's hard to understand how the driver hasn't noticed the scooter.

I BELIEVE I CAN FLY: Video: Gixxer Rider Airborne Off ATV Wheel and Fender

The hit sends the rider flying off her scooter. She falls to the ground, right next to a pair of workers surrounded by orange cones, and an open manhole.  What are the chances of the rider actually falling into the manhole? Probably very slim, but guess what! It wasn't that lady's day.

As she hits the ground, the rider tumbles and falls face first into the manhole. Thankfully, the workes and car driver quickly react to get the unlucky lady out of the hole. A group of people teams up to pull her out and sit her on the sidewalk. At least the driver at fault had the decency to stop, and despite the blurry video, it seems like the rider was wearing a helmet.

NOT EVERYTHING IS WRONG IN THE WORLD: Watch: Driver Saves Rider from Pedestrian Collision

With the booming two-wheel market in Asia and more cars on the roads than ever, situations like this one (except for the manhole) are on the rise. Motorcycle crashes have become one of the main causes of non-natural death worldwide. Thankfully, actions are being taken to teach people and raise awareness which will hopefully help reduce the numbers.