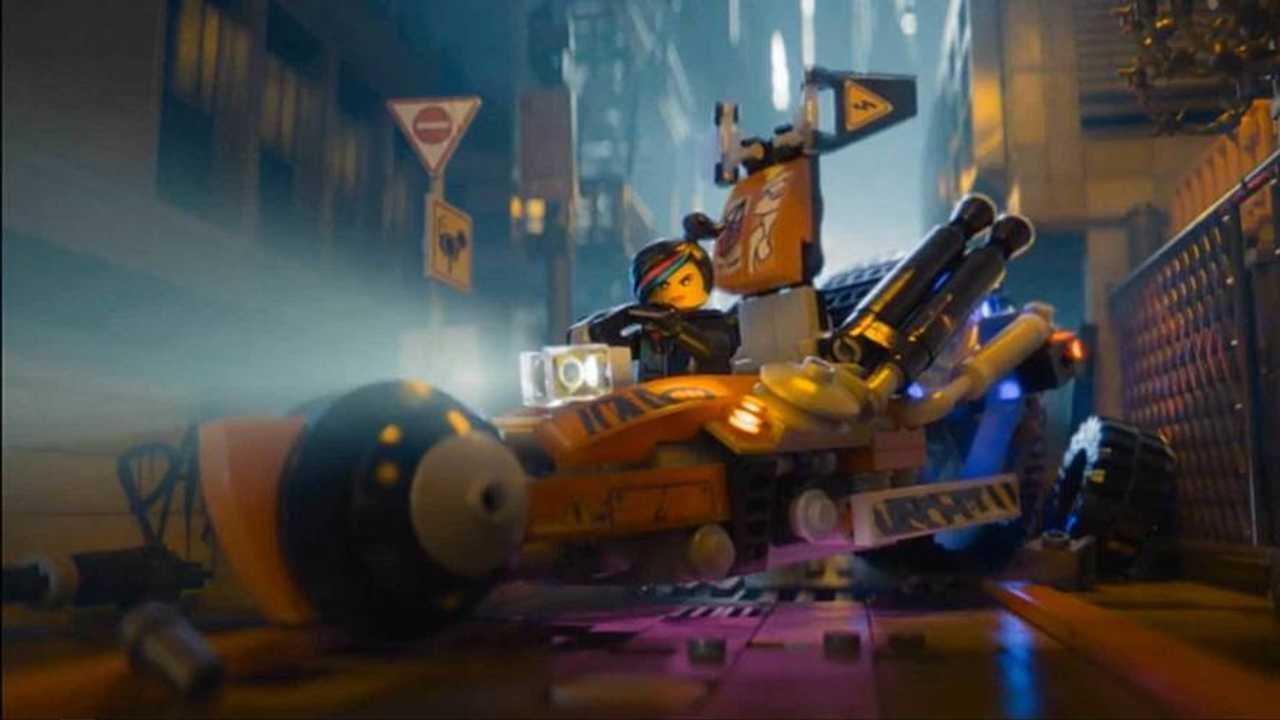 LEGO is more than just little plastic bricks, as evidenced by these five rad motorcycles built using only LEGO, some inspiration, and a load of talent.

Everything really is awesome with these LEGO-based, scale model motorcycles

For those of you who aren't huge damn nerds may be unaware, building ultra-realistic models with LEGO bricks is real big right now. The internet is awash in AFOLs—real-life Master Builders who call themselves Adult Fans of LEGO—building cars, aircraft, buildings, just about anything they can out of the ubiquitous little plastic bricks. LEGO has come a long way since the days of the castle, the police station, and the space transport. Lines like LEGO Technic and the various licensed lines like Star Wars and Harry Potter, a general modernization of LEGO bricks in general, and a robust aftermarket that provides things like chromed or gold-plated parts have made it possible for a builder to find or buy nearly any part their imagination (and their project) desires. It's pretty awesome.

EVERYTHING: New Honda Motocompos Now Available in Walnut and Maple

So, why am I talking about LEGO bricks on RideApart? Because I stumbled across some killer scale-model LEGO bikes that I thought you guys would be interested in. While there are officially licensed LEGO motorcycle kits—there's a killer Technic kit of BMW's R 1200 GS Adventure for example—the examples I'm talking about today were made simply by the builders dipping their hands into their collection of bricks and clicking pieces together until a motorcycle appeared. Like a sculptor knocking off bits of stone until the naked woman inside is revealed. Let's check 'em out, shall we?

Looks ready to ride away.

This vision in green was built by a Dutchman who goes by the handle Bricksonwheels. Apparently a huge gearhead, their interests include semi-trucks, trains, and motorcycles. Based on a late-model  Harley-Davidson Road King, this model is a massive 1:10 scale and is made from standard bricks and some custom chromed parts. The attention to detail here is stunning. No word on how long it took Bricksonwheels to build this thing, but I assume—much like Rome—it wasn't built in a day.

The running gear looks fantastic with all the chromed and gold-plated parts.

To give you an idea of the size of this thing, those pushrod towers are about 1.5 inches long.

A LEGO model fit for a Beemer rider.

The work of a Taiwanese kid named Maxime Cheng, this classic BMW is a fantastic piece of modeling. Despite apparently being 12 years old, Cheng has definitely captured the essence of a bike that was probably built before his grandfather was born. From the stout boxer engine to the plunger rear suspension to the bar-end turn signals, juicy Beemer-specific details abound here. He even built a sidecar for it! There are more pictures in Cheng's R60 album you should definitely check out.

IS: FleetBob Does the Ton - A Day at the Ypsilanti Ton-Up

This nearly foot tall First Order Storm Trooper gives you an idea of the size of Cheng's R60.

A closeup of the boxer and the rear suspension.

The sidecar really completes the look.

It even comes with a tool kit!

Just a handful of bricks and a good imagination can get you this.

SFM Junak made the only four-stroke bikes produced in Poland between World War II and the Revolutions of 1989. Despite being in production only a scant nine years—1956 to 1965—the company made scads of bikes powered by a rugged, unit constructed, 350cc, 19 horsepower single mated to a four-speed transmission. This simple LEGO version of the M10 proves that you don't have to have thousands of bricks to make a cool bike model. Only about four inches long, the tiny mighty M10 was made by a modeler called Jerrec. It's pretty much all basic LEGO bricks, and even has some pretty clever solutions to problems caused by a lack of specialist parts. For example, the fenders are made from 1x1 tiles held together by black stickers. See? Even you can make a rad little bike model with what you have laying around.

And here it is without the sidecar. Check out the great little details in the engine and drivetrain.

The spirit of the OG Sportster captured in LEGO

Another Maxime Cheng joint, this LEGO Sportster is fantastic. A faithful reproduction of the first generation Harley-Davidson Sportster, this model has it all. Cheng's attention to detail really shines through in the red and black tank, the corrugated header pipes, the kickstarter, the sprung seat, and even the big horn under the air cleaner. Unfortunately, the wheels kind of ruin the rest of the bike's 50s aesthetic, but since there aren't any LEGO wire wheels, Cheng did the best he could. Check out the rest of the build here.

A clearer look at the LEGO Sporty. The headlight and wheels are a bit modern, but the rest is on point.

Everywhere you look on this model are great, period-correct details.

That's a wheel and rubber tire doing duty as the fuel tank cap.

Cheng definitely did his research for this one.

This one's probably my favorite of the bunch.

Last but not least is this amazing remote controlled model of the iconic bike from Akira. Built by ace LEGO builder Sariel, it's equipped with electric motors and controllers from the LEGO Technic collection. The Technic motors allow the model to drive and steer on solid surfaces. While it looks a little stubby and out of scale in the images, it's still a really cool piece of engineering and I kinda wish I had it on my shelf. You can read about the build at Sariel's site.

A look at the model's guts showing the Technic motors.

The decals were custom made for this project.

Here it is nearly complete.

So there you have it. It's interesting to see how nerds in other hobbies interpret what we do in ours. Now, if you'll excuse me, I'm going to dig out my own LEGO bricks and see what I can come up with.