Summer Intern Finds Peace and Healing on a Harley 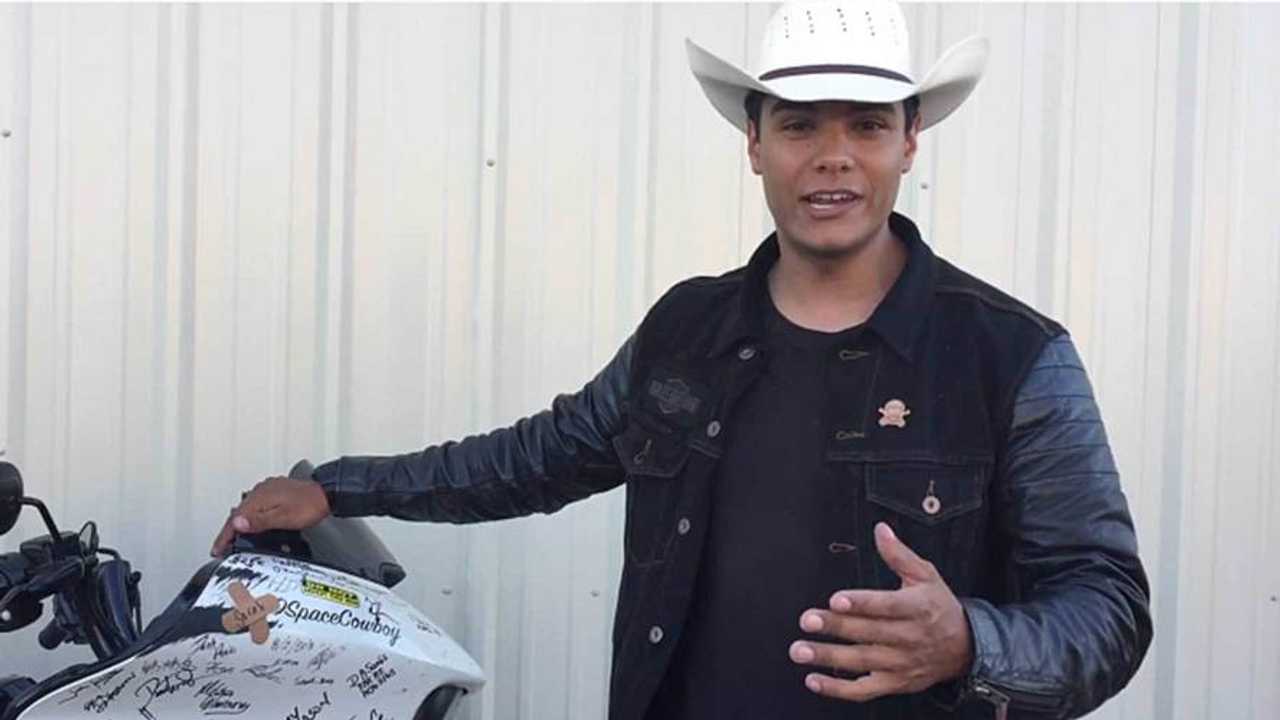 Can a motorcycle save your life? Alejandro Garrido, one of Harley's FindYourFreedom summer interns is living proof that it can.

From damaged vertebra and suicidal thoughts to touring the country on a Road Glide, this Harley Intern's story shows us the power of bikes

During a physical training exercise at Eastern Florida State College's police academy, Alejandro Garrido slipped while running and fell. This wasn't an ordinary fall, though. He fell backwards and landed basically on the nape of his neck, suffering a concussion and damaging the vertebra at the top of his neck. For months afterward, Garrido suffered searing headaches and dizzy spells which increased to the point where he was basically an invalid. Unable to work, barely able to move, Garrido relied on his parents and his then fiance to care for him.

“I could no longer grocery shop, I couldn’t bathe myself, I couldn’t cook for myself,” Garrido told Amanda Kingsbury of the Indianapolis Star.

He spent nearly the entirety of 2017 bedridden, and even contemplated suicide.

“I was in a deep depression,” said Garrido. “I thought of killing myself. I thought of taking my own life. I thought, you know, there’s nothing to look forward to. This is going to be my life forever, and what’s the point?”

Thankfully he didn't, and with support from his family and church community he began the long road back to recovery.

“Something inside of me told me you gotta keep going because your life is going to mean something for someone else,” he said. “It would be selfish to take my life knowing that God could use that as an opportunity to help someone else.”

A HARLEY: Harley Internship Ends with 8,000 Miles and Counting

Part of his recovery was vestibular rehabilitation, physical therapy consisting of exercises designed to improve his balance and end his dizzy spells. At this point he made a fateful decision—he decided to pick up motorcycling again.

“I started feeling better after my first ride,” he said. “When you’re riding a bike, it’s like training the vestibular system—you’re leaning, you’re turning your head, you’re doing all the stuff they’re teaching you at the hospital for rehabilitation, but you’re doing it on a motorcycle. I went, like, four hours that first day, and I got off the bike and felt amazing.”

Both the therapy and the riding did wonders for him, and soon Garrido was showing a remarkable recovery. That's when he spotted an Instagram post about Harley-Davidson's #FindYourFreedom summer internship. He made a video about how riding had helped him overcome his injury and the hopelessness it caused. He was chosen as one of the #FindYourFreedom interns, and has spent the summer riding all over the country sharing his story.

“How I found freedom on a motorcycle is a lot deeper for me than the smells, the traveling to different places,” he said. “A lot of people find freedom in those things, but this actually freed me from something I thought I was going to be stuck in for the rest of my life.”

His crowning achievement was giving the prayer that launched the leg of Harley's 115th Anniversary Ride Home to Milwaukee that ran from Scottsdale, Arizona, to Gallup, New Mexico.

There's an old saying that goes, "You never see a motorcycle parked outside of a therapist's office". While that's not entirely true—I rode to plenty of my own therapy sessions—Garrido's experience definitely lends some credence to that.