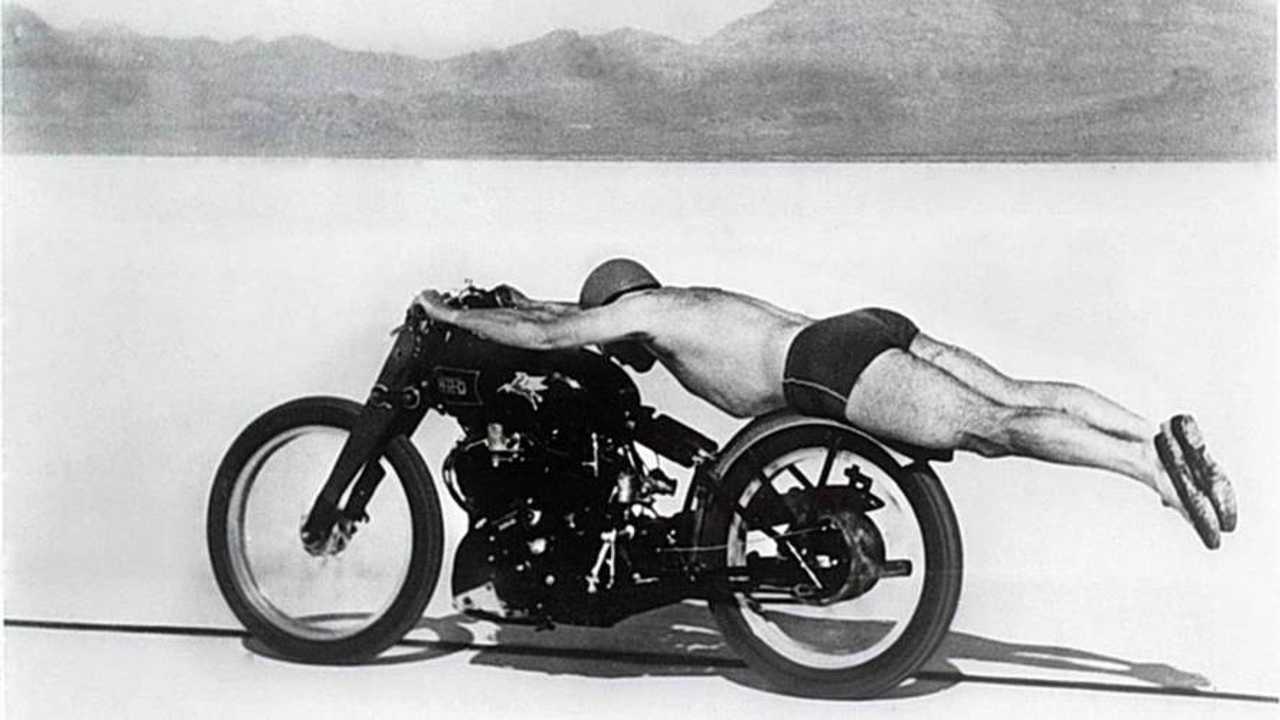 Looking for some good bike movies? Look no further than the second annual Toronto Motorcycle Film Festival. This year with Rollie Free and Hill Climbing!

Just north of the 49th parallel is a film festival about beauty, freedom, adventure, excitement, and love. It’s a celebration of motorcycles and what they bring to the people who ride them.  If you haven’t heard of the Toronto Motorcycle Film Festival (TMFF), read on. Then plan your trip, because this film festival, the only one of its kind in Canada—and one of only two in North America—will definitely blow your motorcycle mind!

When movies are this good, the hardest part is picking a favorite. Last year it was Hill Climb, a short documentary about the legendary Mt. Garfield All Pro Motorcycle Hill Climb near the shores of Lake Michigan, that had me both awed and roaring with laughter. Actually, maybe it was Trail Master, the spectacularly scenic short about the father/son team who manage 500 miles of trail in the Tillamook State Forest in Oregon. Or, it could have been the awe-inspiring feature-length Dream Racer, a sweeping, epic tale about the underprepared and underfunded privateer who rode the Dakar Rally in South America. Honestly. The more I think back, the more films I want to add to the list because, in the end every single film took me on an incredible journey.

And sitting in a theatre with hundreds of people who love to ride? Electrifying.

The meditative and moody Critchlow.

“Her eyes were locked on the screen, she had a huge smile on her face and I could see that even her breathing was in sync with the action,"said TMFF director Caius Tenche about an audience member at a recent showing "She wasn’t just watching a movie, she was completely engrossed in the moment. That, for me, is the reason for launching the festival. Maybe it sounds like a line, but I live for those moments; for sharing that experience with others.”

HOW IT ALL BEGAN

Tenche’s decision to start a film festival wasn’t a calculated move; it was quite the opposite.

“I launched the Motorcycle Film Festival because it combined my passion for motorcycles and the arts," he said. "Ironically, it was the compulsion to ride that spawned the idea to organize a film festival devoted to motorcycling."

A still from Hill Climb

In the winter of 2014 Tenche had a light bulb moment: he had to fulfill his lifelong dream to ride. But in snowy Toronto, taking a class wasn’t an option so he redirected his will-to-ride by immersing himself in motorcycle culture—reading bike reviews, watching vlogs and eventually, coming across short documentaries featuring fascinating stories about unique individuals who all had one thing in common: motorcycles. It was then that he also came across the Brooklyn and Portland motorcycle film festivals. but in Toronto there was nothing. Well, not until now.

GETTING THE WORD OUT

The 2017 inaugural TMFF was a hit. From the Thursday night opening party to the Sunday Awards Presentation, the energy was palpable. Together in the same room motorcycle folks from all over (yes, even in its inaugural year people travelled from out of town for the whole weekend!) traded their own “tales-on-two”. Motorcycle builders, journalists, weekend warriors, dirt devils, adventurers, mechanics, entrepreneurs, friends, family, and loved-ones of those who ride, all gathered night-after-night to engage in the communal experience.

Naume Awero from the Swedish doc I Hate Ladies.

HIGH SPEED FILM: A V-Twin, some Salt, and A Land Speed Record

That inspiring experience is part of what Tenche believes is the reason for the TMFF’s success.

“When people attend one of our Festival screenings and sit in a theater with hundreds of others, watching something on the big screen that ties them together via their common passion, it’s a magical experience.”

This is why Tenche works so hard to get the word out. In between festivals he has been busy maintaining the momentum and introducing the festival at various motorcycle events. What he’s found is that at every screening a surprising number of riders have trouble believing that there are so many current and compelling, documentary films from all over the world, about all sorts of people, dedicated to what they love—riding motorcycles.

This year’s films were chosen not just because they are the most engaging, but also because they represent a wide range of stories. The history behind the famous black and white photo of near-naked rider Rollie Free flying across the Bonneville Salt Flats, close-up conversations with Isle of Man sidecar racers, a look at the daily life of the only female Ugandan ‘boda-boda’ driver, and a journey across Mongolia to deliver new bikes to local bike patrollers are only a few examples of what the 2018 TMFF has in store.

Tenche has also selected his panel of judges with great care. It’s a roster of celebrated members of the Toronto (and Canadian) motorcycle community who continue to promote the sport. Lifelong rider and motorcycle Hall-of-Fame inductee Toni Sharpless and International Female Ride Day founder Vicki Gray are both past and current champion road racers. Lawrence Hacking is an author who completed the Dakar as a privateer and competes regularly in off-road rallies all around the globe. Jacob Black is an accomplished moto writer, journalist and editor who races, and Dan Lim is a talented and prolific photographer who helps unite Canadian riders through his art. The TMFF site features a Q&A with each impressive personality.

WHAT YOU SHOULD DO

Come to The Toronto Motorcycle Film Festival. You’ll see films “showcasing the newest and best motorcycle and moto-culture themed films curated from around the world.” You’ll experience a weekend of heart-stopping, heart-warming, hilarious and harrowing motorcycle movies with others who feel the same way, and you’ll re-discover all the reasons why you love being on two.

Here’s where you can buy your tickets.