Our favorite European riding roads span the UK, Italy, Romania, France, and Austria. Is yours amongst them?

With some fantastic riding roads and motorcyclist friendly infrastructure, Europe is a great place to go riding

Planning to hit the open road? Europe is home to some of the finest motorcycle routes in the world, featuring serene mountain passes, twisting canyon rides and sweeping coastal routes—enough to dust off the cobwebs and excite any motorcycle enthusiast.

If you’re looking for some inspiration, we’ve teamed up with UK-based Fulton Leasing to unveil five of our favourite European riding roads.

Often considered a right of passage for keen motorcyclists, the A357 that runs from Buxton to Macclesfield is famous for its stunning views across the Peak District National Park and for its many twists and turns.

After being named one of Britain's more dangerous roads, a 50mph blanket speed limit means you can’t quite go full throttle, but it’s hairpin bends and contouring routes still certainly make it worth a visit.

CHECK THESE: 10 Places You Must Visit in the Blue Ridge Mountains

Strada della Forra is a ribbon of road which cuts its way through the mountains on the shore of Lake Garda, Italy. The panoramic road connects the town of Tremosine with the districts of Pieve and Vesio.

Be prepared to use your horn at every corner. It’s certainly not a road for the faint-hearted, with few barriers, steep drops, unlit tunnels and narrow winding roads. For those brave enough it is worth every heart stopping moment for the breathtaking views.

Open from June through to October, this 93-mile stretch of road was built in the 1970s by communist dictator Nicolae Ceausescu. The road was constructed to transport troops in the event that Romania were ever invaded by USSR. Practically speaking, the road is only passable for five months out of 12 and other more suitable routes were available. However, no complaints here as what we’re left with is one of the most scenic routes in the world.

The highway snakes its way through the Transylvanian Alps, which divide northwestern and southern Romania. Along this 56 mile stretch you’ll traverse peaks, rivers and ridges, tackling turns that will eventually lead you to a height of 6,700 feet where you can stop and take in the view.

AVOID THESE: The 7 Deadliest Roads in America 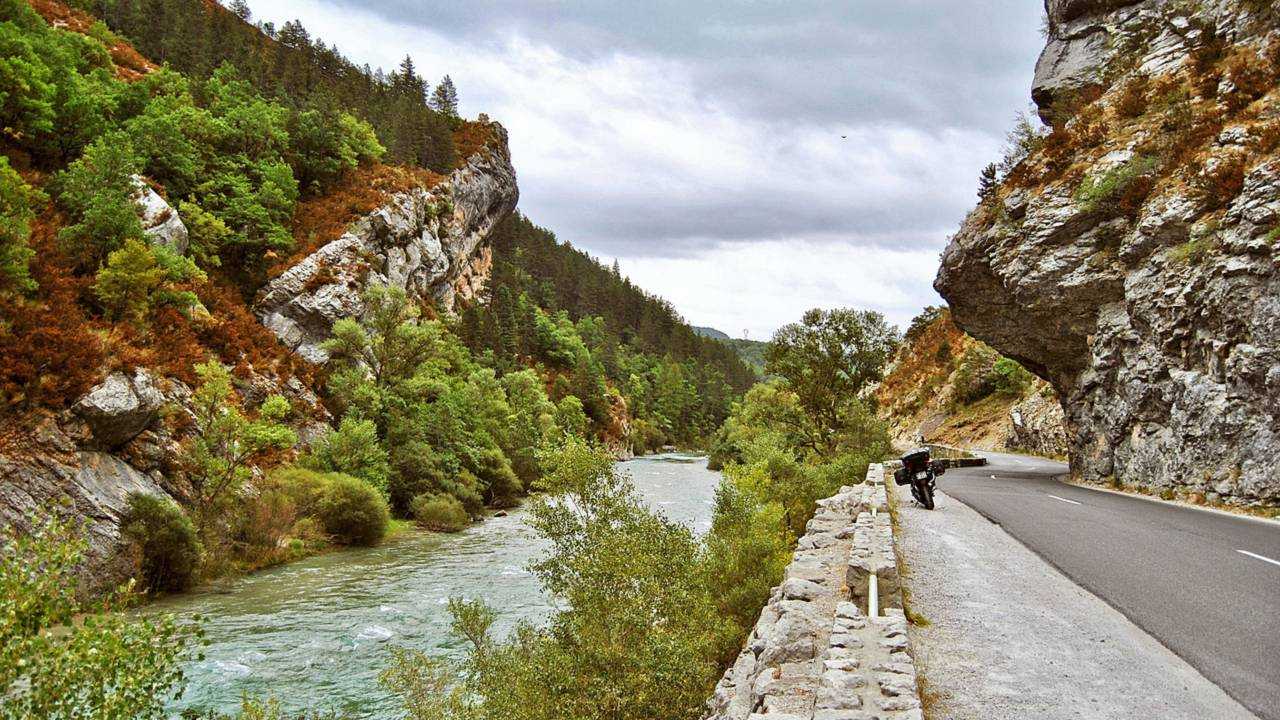 The drive around the beautiful Gorges du Verdon in the Regional Natural Park of the Verdon in Provence, France, is not for those with a fear of heights.

With a 2,300 foot plunge down to the river below, the Verdon is the deepest gorge in France. While there is no road up the gorge, there is a circular route along the rim. If you can, avoid the crowds and do the drive early morning to be rewarded with a smoother drive and a breathtaking sunset.

This 30 mile, 36 turn road will lead you deep into the belly of the largest national park in Austria. Spanning an area of around 1,100 square-miles and touching three different provinces, there is certainly plenty to explore.

Located at just above 8,200 feet, the highest point of this mountain road is Edelweissspitze. On a clear day, there are several peaks to feast your eyes on, with the Grossglockner the highest of them all. This impressive and imposing mountain is the highest in Austria and towers above the region at 12,460 feet.

BUY THESE: Five Great Touring Bikes for Under $5,000

This story was made possible with support from Fulton Leasing.

By: Guest Contributor
++
++
Got a tip for us? Email: tips@rideapart.com