Ever heard of the Biltmore Estate? You need to go. It's on our list of the 10 best places to ride your motorcycle in the Blue Ridge Mountains.

Tamela Rich is motorcycle tour operator based in North Carolina who will this summer be hosting the “Appalachian Mountains and Music Tour” running from Front Royal, Virginia, to Little Switzerland, North Carolina. We asked her to share some of her absolutely favorite places to ride in the region, and she put together the following list:

Every motorcyclist has heard of the great riding roads in the Blue Ridge Mountains, many named for reptiles like dragons and snakes. I’ve ridden most of them myself, grinning all the while.

Of course twisty roads tend to take the spotlight on every motorcyclist’s “must-ride list,” so here are two comparatively tame roads known mostly for sweeping curves that offer enthralling vistas and encourage peaceful contemplation under the helmet. Bonus: both traverse hundreds of miles of travel without a single stoplight.

The first of those roads is Skyline Drive, which runs atop the central ridge of Shenandoah National Park for 105 miles. Enter the park and Skyline Drive in Front Royal, Virginia after filling your tank. Although there are three gas stations in Shenandoah, you’ll pay a premium.

Watch for bears in Shenandoah, which are plentiful throughout the area. There are two park visitor centers, Dickey Ridge Visitor Center, at Mile 4.6 in the Northern District, and Byrd Visitor Center, in the Central District at Mile 51 in Big Meadows, which is my first of 10 suggested stops when in the region. 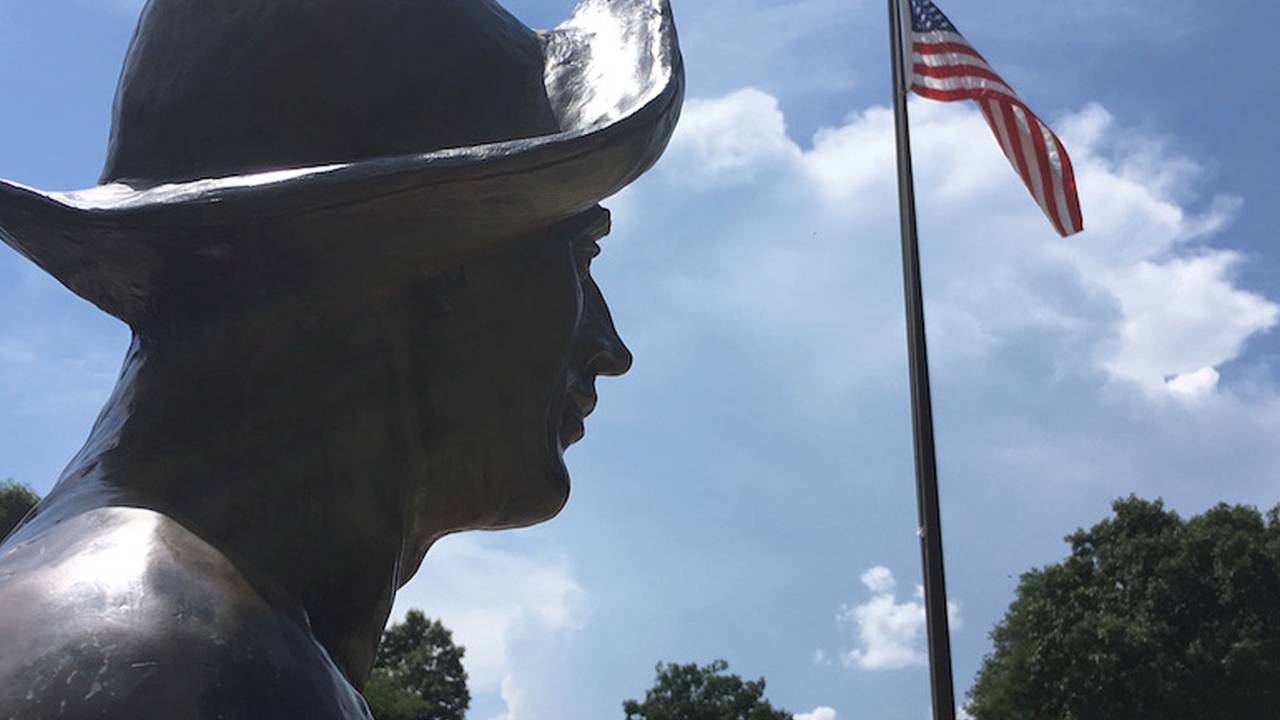 “Within a Day’s Drive of Millions,” tells the story of Shenandoah’s establishment and development including the significance of wilderness designation. I appreciate the evenhandedness of including segregationist Jim Crow practices in the early days of the park movement and a candid historical look at the public relations efforts intended to discredit the “hillbillies and moonshiners” whose lands were acquired to make it.

When you reach the southern terminus of Skyline Drive you can pick up the second road on my list: the Blue Ridge Parkway, known as “America’s Favorite Drive.” The Parkway runs the next 469 miles to the North Carolina entrance of the Great Smoky Mountains National Park in Cherokee.

There are loads of scenic overlooks and some historical sites from the people who settled in the Smokies before it became a park. Aside from concessions on a few properties there is no commercial activity on the Parkway, including gas. Rest assured, however, there is gas at most “exits” off the Parkway in the hundreds of little towns and villages.

The Parkway is so delightful that you may be tempted not to make some of my recommended stops, but maybe this list will tempt you to put the sidestand down at least nine times. Everything about the Parkway is noted with “MP” for Milepost.

The Blue Ridge Music Center is set on the Parkway itself on a lovely meadow with adjacent walking paths. Summer is filled with daily concerts and frequent jamborees. The impressive interpretive center helps visitors understand Southern history and culture through the lens of music, including how German group singing and African slave music combined to form the Bluegrass genre. The Center is run by the National Park Service, which means the interpretive displays and hands-on learning activities are of the highest quality.

What I learned about the history and influence of the banjo gave me an appreciation for the humble instrument that doesn’t get much respect. When African slaves were forbidden by slaveholders to play their drums, they created the banjo. In the mid-1800s, when minstrel shows (featuring white men in blackface playing banjos and baffooning) became the rage in America and parts of Europe, the instrument was largely abandoned by African-Americans. “Jim Crow” (as in Jim Crow laws) originated with a minstrel performer, whose character, Jim Crow, was devised to reinforce beliefs in white superiority. Jim Crow played a banjo.

Walk its famous Mile High Swinging Bridge, the highest in America. The 228-foot suspension bridge spans an 80-foot chasm and was built to give visitors easy access to the breathtaking view from Grandfather Mountain’s Linville Peak.

The magnificent three-tiered waterfall plunges into Linville Gorge. Choose between two trails: Falls Trail is easy, at 1.6 miles; Gorge Trail is more strenuous and covers 1.4 miles. Factoids: Last of the Mohicans was filmed in Linville Gorge, and the US Army has used it for cold-weather operations. 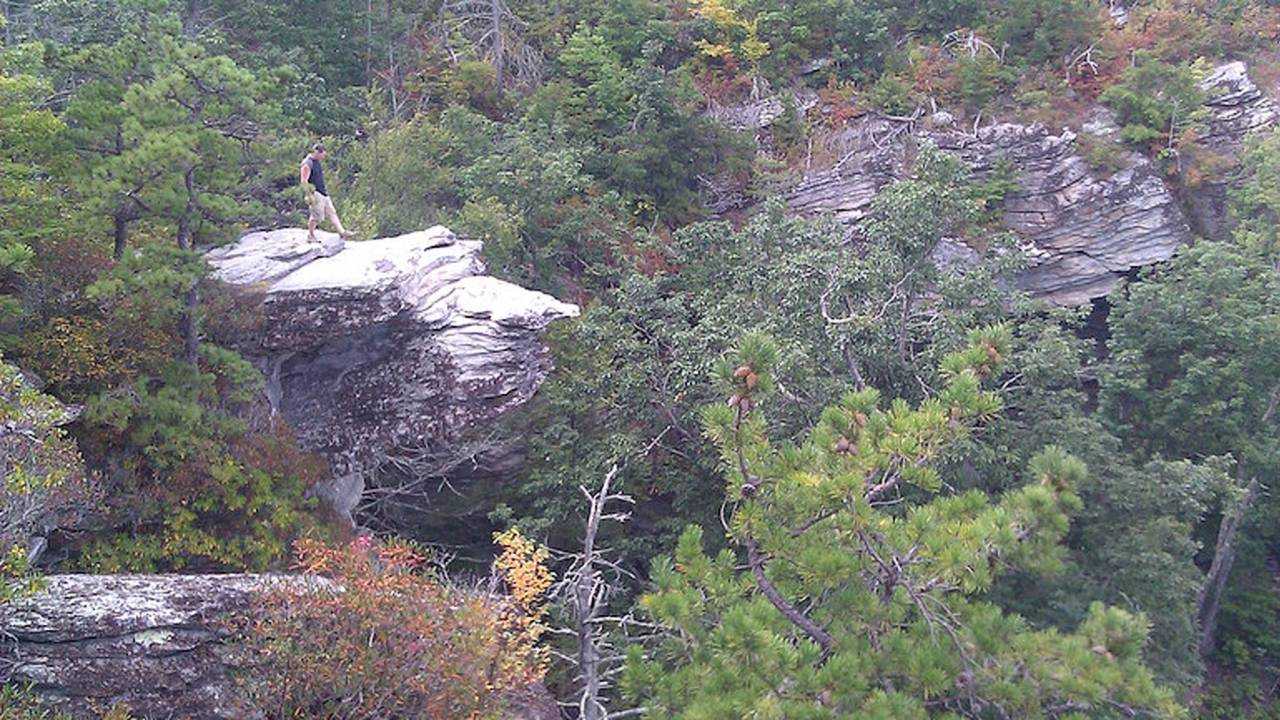 An important stop for Revolutionary War fighters on their way to the Battle of Kings Mountain. The museum itself features interactive displays about the minerals and gems found in the region as well as the historical importance of the mining industry to the local economy. Factoid: the largest emerald in the world was discovered nearby.

The dramatic summit is the highest point east of the Mississippi at 6,684 feet. The accessible observation deck offers spectacular views of the the spruce-fir forest. Stay for a bite to eat at the restaurant there, one of few concessions on the actual Parkway itself.

Stop No. 7: The Folk Art Center

The Folk Art Center is a combination of museum and retail shop. The Southern Highland Craft Guild, chartered in 1930, represents nearly 900 craftspeople in 293 counties of 9 southeastern states. During the Depression, the Guild cultivated commerce for craftspeople in the Appalachian region. This legacy continues today as the Guild plays a large role in the Southern Highlands craft economy. 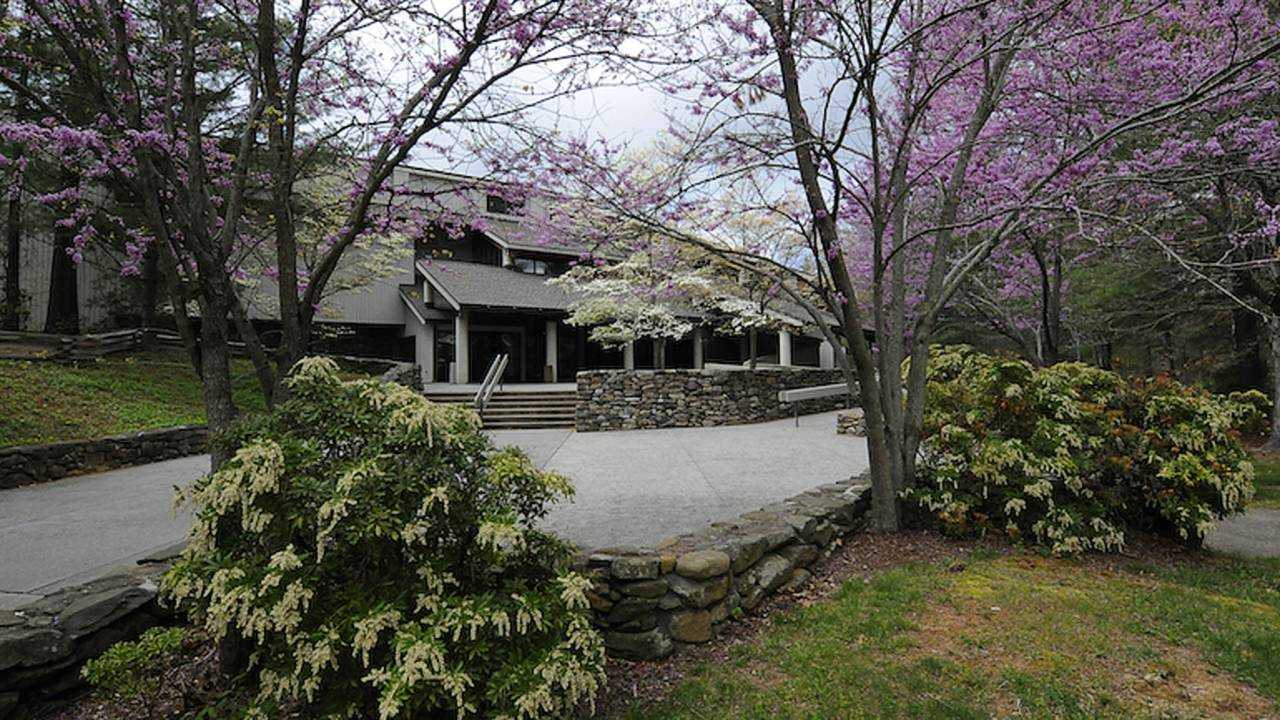 Stop No. 8: Asheville and the Blue Ridge Parkway Visitor Center

Start with the Visitor’s Center, recently refurbished, and watch The Blue Ridge Parkway—America's Favorite Journey, a 24-minute film shown in high-definition surround sound. Using breathtaking aerial photography it tells the story of a father-daughter motorcycle trip to introduce visitors to the natural and cultural heritage of the mountains and the history of the construction of the Parkway.

Asheville itself is considered the crown jewel of the Blue Ridge Mountains. Many surveys have given it accolades for everything from its food to yoga-friendliness. Be sure to visit the River Arts District, housed in 22 former industrial and historical buildings spread out along a one mile stretch of the French Broad River. Most artisans are happy to ship your purchases home for you. You’ll find restaurants, cafes and a brewery there too. I’ve spent an entire day in the district, myself.

Stop No. 9: The Biltmore Estate

Let’s face it, some people like touring majestic homes and others don’t. Never fear, there’s plenty to do there for everyone in your party, including the winery, gardens, and my favorite—Antler Hill Village, which features craftsman demonstrations. I never tire of watching and listening as the blacksmith makes his anvils sing! What, you’ve never heard anvil music? Worth the price of admission. 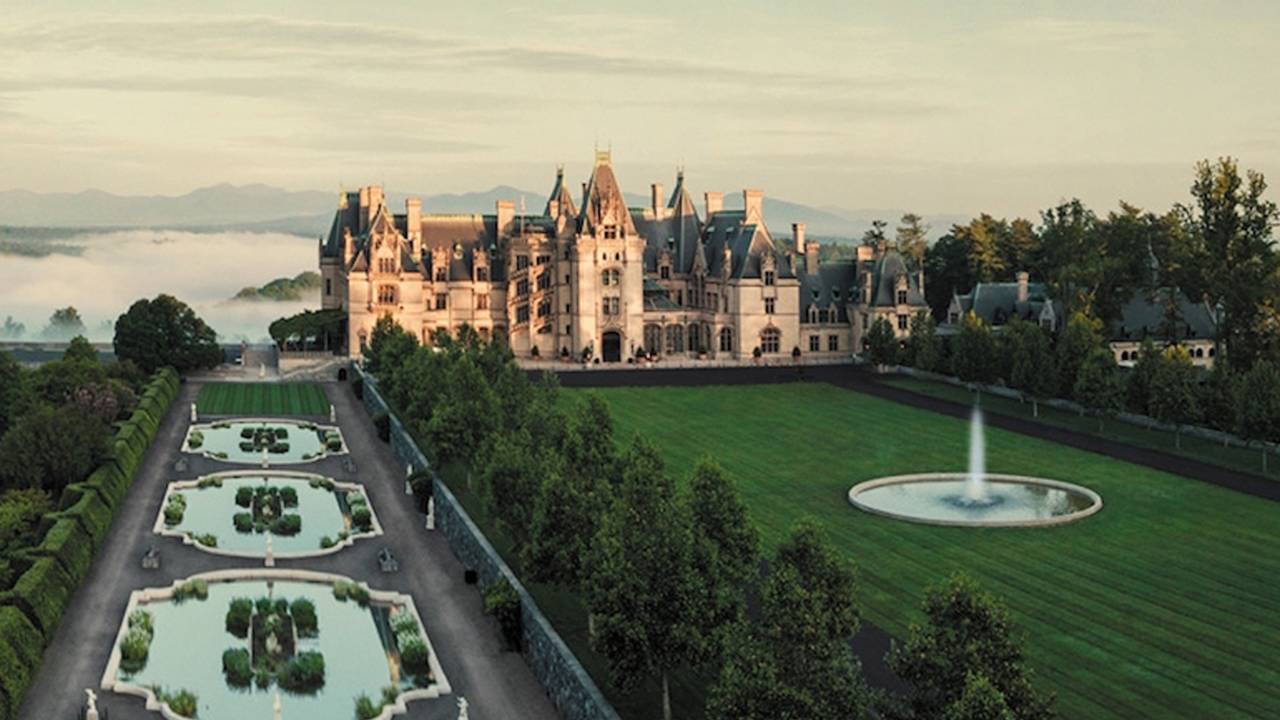 This visitor center spans 6,300-square feet of interpretive and tells the story of mountain life, from Native Americans who’ve lived there for thousands of years, to the early European settlement time periods, through the Civilian Conservation Corps and the development of the national park. While there, be sure to tour the adjacent Mountain Farm Museum.

You can find out more about Tamela's "Appalachian Mountains and Music Tour" here.

By: Guest Contributor
++
++
Got a tip for us? Email: tips@rideapart.com