A dummy's guide to electric motorcycles 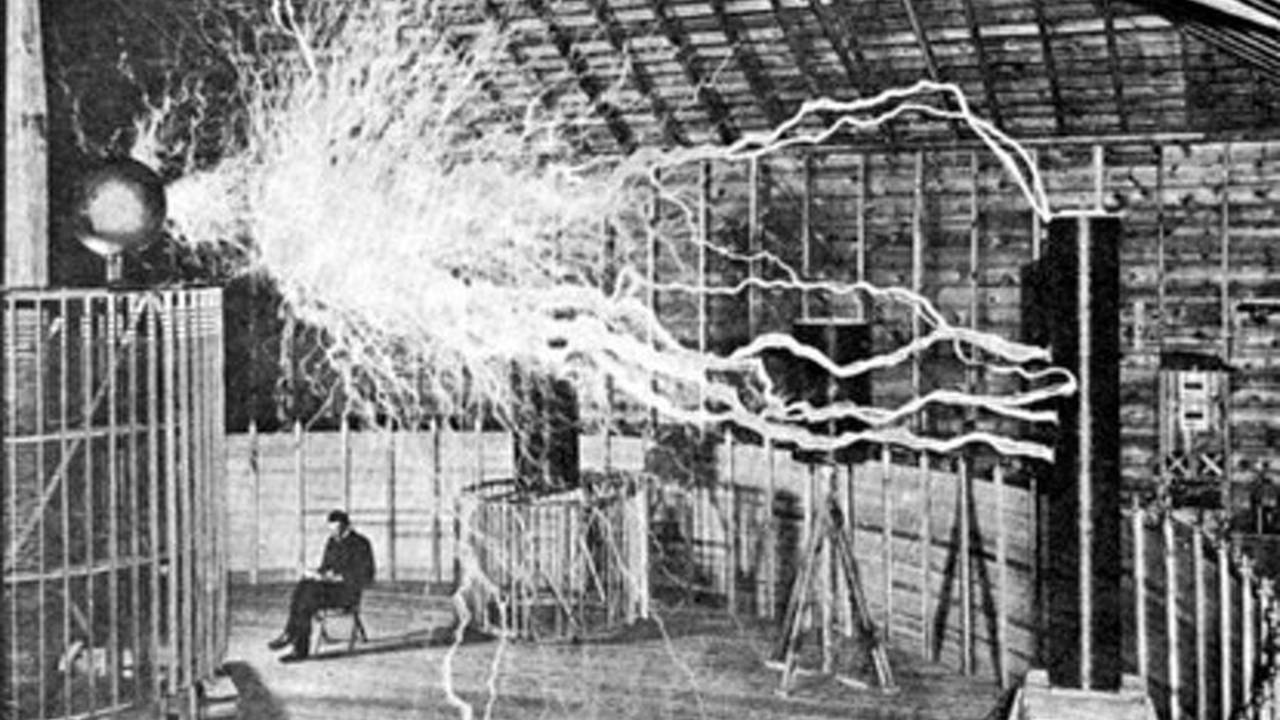 Everything you ever wanted to know about electric motorcycles, but were afraid to ask.

Confused by all the new words we have to use when we talk about electric motorcycles? We are too, but luckily we noticed that one of our commenters (Brett Vegas) was throwing around amps and volts in an intelligent manner and managed to convince him to share his wisdom with us in article form.

Amps and volts: nuts and bolts
Some metaphors liken voltage to the size of a pipe and amperage to the flow through the pipe. Electricity does not flow like water, so that metaphor can only take you so far. In motorhead terms amperage = torque and voltage = revs. Even that is still a metaphor(and only true for DC), but it is closer to what a motorcyclist cares about. The really important thing is that amperage and voltage are multiplied together to get wattage (power) and, with a factor of time, gives you horsepower, which is really what motorheads care about. 740 watts-per-hour = one horsepower, but, with motor and driveline losses, you can usually say that one kilowatt-per-hour = one horsepower.

Update: Wattage is equal to voltage multiplied by amperage, but those sneaky electrical guys hide time in amperage (A = coulombs-per-second). When you look watts = volts x amps, it appears there is no time factor, which would mean that it is not a measurement of power, but it is there, which is why you can freely convert kilowatts to horsepower (746w = 1hp). Mechanical power is defined by moving an object at a given rate in a given time (~550lbs, 1ft vertically in one second), electrical power is sorta counting how many friggin' electrons are flying by, in a given amount of time. Electrical power is not mechanical power until you actually turn a shaft with it, its power but with a little different definition. My mistake.

Horsepower is a measurement of power over time, wattage is a pure power measurement, it has no time factor.

The first thing that anybody does when looking at pretty pictures of a new motorcycle is see how much power it makes. On Internal Combustion Engine (ICE) bikes that's easy, stick a dyno on the motor shaft or the rear wheel and you can see how much power it makes. In fact, there are rules that make all manufacturers do that in the same manner, so the numbers are pretty trustworthy. Electrics haven't gotten there yet, for some reason (Where the hell is SAE when you need them?). They are all rated by controller output, the power, in watts, going to the motor. Until a magazine sticks the bike on a dyno, it is sorta hard to compare the electric to the gas, the electric always 'looks' like it has more power than it makes.

So what difference does having greater or less values for voltage and amperage? I can answer that better by going into motors a bit.

Motors: the bit what turns or AC/DC rock and roll
Most of these silly little bikes use a DC motor, except the KTM Freeride, which is an AC motor, which nobody in the press seemed to pick up on, kinda like not noticing if a bike is twin or a single (no offense to the members of the press!). What's the difference? Hmm, perhaps I should define some motor types and move from there.

Direct current,or what we got for now:

Permanent magnet brushed direct current
Permanent magnet brushed motors are what the Zero, Quantya, Ekrad and most other high-power bikes are running. They are rugged, simple and easy to do. Motor and controller are off-the-shelf. Cydric Lynch from Agni invented the motor everybody is using, which is now licensed to a number of motor producers. It is notable for being a 'pancake' type (as opposed to a 'can' type). In low voltage applications nothing comes close for power-to-weight. It's limitations are mainly that it cannot be revved over about 4000-5000rpm (and power for a single motor is about 20kw peak), and it is not quite as efficient as a BLDC. It is a large diameter rotor and low resistance, so this isn't a really big deal. The rotor consists of windings(with the lynch-type, bus-bars), and the magnets are stationary on the case. One disadvantage of DC motors is back-EMF (electromagnetic field). As the revs go up, the motor is less and less able to conduct current. The torque curve falls off as revs rise.

Brushed series wound direct current
Series wound motors don't depend on magnets, instead they establish the magnetic field with an additional set of windings. There are no permanent magnets, but they still use brushes. The motors are sorta lossy, but since there are no magnets they have a great ability to pull current, though it makes them bad for lower power applications. Starter motors in engines are a common use of series wound motors (my beater DR400 has one attached to the magic button on the bars). The most notable bike using series wound motors is the Killacycle, which recently ran under 8 seconds in the 1/4 mile at 168mph.

Brushless direct current (BLDC)
Brushless DC motors are a little strange. The magnets are mounted to the rotor and the windings are stationary. DC power is delivered via commutation (a timed reversal of polarity). They tend to have great efficiency, but a lesser ability to deliver current and a lower power-to-weight ratio than traditional brushed motors. R/C airplanes are a common use of brushless DC motors and most modern cars have started (no pun) using them for starters. They tend to have more expensive controllers. The Brammo Enertia and the Vectrix both use a permanent magnet brushless motor.

Alternating Current: or the real deal

Permanent magnet Synchronous AC
PMS-AC is a motor type very similar to a BLDC, it has magnets mounted to the rotor, with the windings stationary. The difference is that AC varies speed with frequency (usually 0-400hz) instead of voltage. This means full voltage and amperage can be applied at all speeds. The motor still suffers from some of the same problems that a BLDC does, they are current limited and overheating can demagnetize the magnets. Not as common as BLDC or series wound, PMS-AC are prized for the ability to control speed precisely. No back-EMF. Common use is in servo, and CNC applications. Not an ideal traction motor, but better power-to-weight than a BLDC. The KTM is using a permanent magnet synchronous AC motor.

Induction AC motors
Finally, the king of motors. Induction AC motors don't use magnets, the magnetic field is created in the rotor by induction. If I said I knew what that means, I would not be entirely truthful (especially three-phase; totally hurts my brain). Suffice it to say that only a true madman like Nikola Tesla could have invented such a motor. Because there are no magnets and the more power you push into the motor, the more powerful the magnetic field, they have all the advantages of brush motor and brushless, without the drawbacks. No back-EMF.  Induction motors are used in everything from turning the screws on aircraft carriers to turning the drum on clothes dryers. That said, it is not the easiest motor to use for motorcycle applications. The controllers are fussy, they require really good software to run the motor right. The industrial motors do not have good power-to-weight. There are not many bikes with induction motors, Electric Motorsport offers a low voltage one and the overweight, overpriced Mission One is induction too. The most notable example of an induction motor in motorsports is the Tesla car, the motor is made by Alan Cocconi of AC Propulsion. Very cool motor, pretty much flawless.

Back to Power
So, knowing a little more about motors, lets compare the Zero with the KTM. The Zero is a low voltage/high amperage drive system (58v@300a), the KTM is a high voltage/low amperage drive(300v@75a). Nearly perfectly inverted numbers, kinda funny.

On paper, the KTM should walk away from the Zero, it has 20% more peak power, and is running AC (no back-EMF to speak of). The reason I hesitate to say that is another spec that is considered when looking at motors: continuous power. The Agni DC motor is rated at 10kw continuous, the KTM is rated at 8kw continuous. This means that over time the Agni is better able to pull power without overheating. Very hard to judge which is better, the Zero will have a higher top speed, but perhaps less punch than the KTM.

The continuous power rating is why an electric has a low top speed despite having enough peak power to go faster, if you gear it up the motor won't make more power past its continuous rate. A 10kw rated motor can make no more than 10kw in an hour, even if it can momentarily make twice that. An engine has no continuous rating, peak and constant are the same, sorta. If you run a high performance engine at full power all the time, they wear out much faster than if you ride like an old lady (which is how I ride).

A motor acts like an engine of its continuous rating as far as top speed goes, but the punch is the peak power and can be two or three times the continuous rate. That's why they holeshot like mad, but fall back on a straightaway.

Personally, I am waiting for one of the big three to give Alan Cocconi a million bucks, and have him put together a scaled-down induction motor for a dirt bike. Sure, you could get to 450's power levels with two Agni motors or two of the motors that KTM is using, but a single larger induction motor is better. Sooner or later, someone will stick a high voltage AC induction motor on a bike, that could be what we're all waiting for.

Who is Brett Gober?
Brett did the design work  on the Electricmoto Blade in the fall of 2000. He can take the credit (or the blame) for being one of the first people to think that electric power and knobbies are a good mix. The bikes never sold all that great, but he likes to think that he had an influence on the motorcycle industry in general. After building bikes, he built cars at Brammo; the Ariel Atom in Jay Leno's  garage was welded up by none other. Brett currently work for Ravensclaw Inc., building high end film camera heads. Brett says he doesn't know a lot about anything, but he does know a little about electric vehicles