'EBR Lives,' Says New Owner: Do We Believe It? 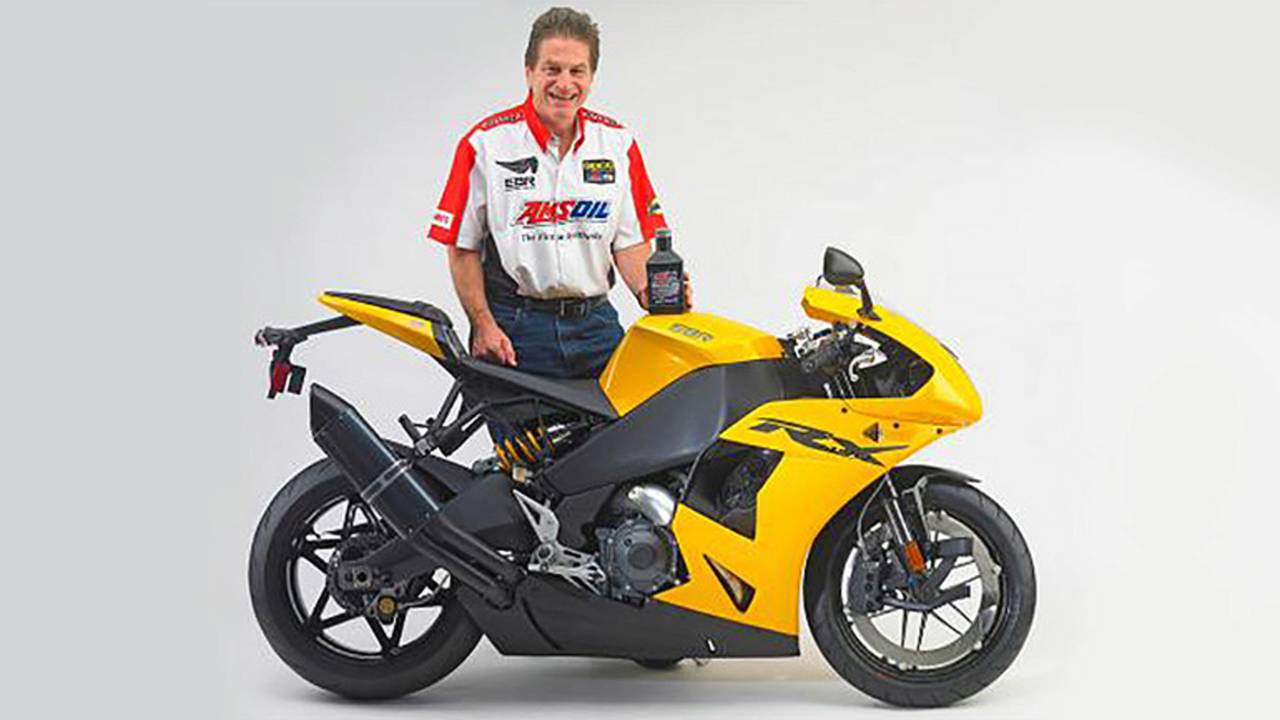 In the words of Eminem: Guess who's back, back again?

No, not a 42-year-old rapper dressed like a teenager, but American motorcycling icon Erik Buell. News spread this weekend that assets of the eponymously named Erik Buell Racing had been sold in a court-ordered auction for $2.25 million.

This sale was different from one that had occurred in July, in which erstwhile partner Hero MotoCorp acquired Buell's "consulting business" assets for $2.8 million. In other words, they did not acquire EBR itself.

MUST READ:  Erik Buell Racing - The Past, Present and Future | RideApart

Never heard of Atlantic Metals? Neither had anyone else. But since the story first broke, an individual named Bruce Belfer has emerged claiming to be the company's owner. According to Belfer, Atlantic Metals is "a manufacturer of fabricated metal equipment in the architectural, electrical and lighting businesses" based in Farmingdale, New Jersey.

On a Facebook group for EBR 1190 owners, Belfer wrote: "EBR lives. It reopens. It goes on. Thank you all for keeping the faith. More good news to follow."

EBR had suddenly closed shop in April of this year, shocking many within the motorcycling world. The shutdown was especially surprising in light of a multi-million dollar partnership EBR had formed less than two years before with India-based Hero MotoCorp. According to Buell, EBR had run up massive debt that it could not overcome.

In a recent interview with the Milwaukee Journal Sentinel he said: "We thought that we could balance it all...but we just couldn't. That's what took us out."

EBR went into receivership, a process that cleared many of EBR's reported $20.4 million in liabilities and offered the company up to the highest bidder.

What happens now is very much an unknown. If Belfer is legitimately the owner of Atlantic Metals (so far he has only communicated via Facebook), he has made it clear that the plan is to get EBR back up and running. And according to Buell's interview with the Journal Sentinel, that could be done very quickly.

"We could literally be shipping motorcycles, probably within a couple of days, as soon as we brought back an assembly team," he told the paper. "The bikes are just sitting there, covered in plastic, waiting to be finished."

If you're a Buell fan, all this will have you whooping with wild-eyed glee. But for me, there are so many questions I find it difficult to be optimistic. First and foremost is this: If EBR's reportedly $20.8 million in assets could be had for just $2.25 million, why didn't anyone else want them?

I mean, $2.25 million isn't the sort of thing you or I could dig up in the couch cushions, but it's not a lot of dough in the grand scheme of things. Many people had expressed a desire to see Polaris purchase EBR; why didn't it?

I'm stepping deep into the waters of conjecture here, but perhaps some of the answer lies in what parts of EBR went to who. As I understand it, Atlantic Metals got the material side of EBR, whereas Hero got all its ideas.

Which means that if the lights were to go back on at EBR today, it would have to start from scratch in developing future models. Presumably, it will no longer have the rights to things that were in development, such as the promised 1190AX adventure motorcycle*.

EBR could keep churning out the same 1190RS, 1190RX and 1190SX that have won warm reviews from moto-journalists (but a lukewarm response from the market in general). And maybe that's fine for a while, but people will expect new and improved models before long.

Developing new motorcycles, however, takes a lot of time and a lot of money. How much money does Belfer have? How much money can EBR make with its existing product? If EBR is going to run in such a way that it doesn't blow up again, where will it find the money to pay for engineers to design and develop new bikes and technologies?

The accepted narrative of Erik Buell is that he is a damned good engineer and passionate motorcyclist, but not a terribly good businessman. In the aforementioned interview with the Journal Sentinel, Buell seemed close to acknowledging this fact.

And in a Facebook posting this weekend, Belfer seems to acknowledge it as well, saying: "Erik is the icon. And the EBR team of vehicle dynamics rockstars are icons... I'm here to watch their backs as we go forward."

Obviously, Belfer is a good enough businessman that he had $2.25 million with which to buy a motorcycle company. According to the only information I can find about Atlantic Metals, the company's been around for almost 11 years, which suggests Belfer has a better track record than Buell when it comes to keeping a business afloat. But will that translate into being able to run a motorcycle company?

I suppose a lot will be determined by the immediate challenges EBR faces as it tries to get back up and running. Something that's not entirely clear to me is the question of how much of EBR's old debt still needs to be settled. We know, for instance, the company owes more than $200,000 in paid time off to former employees.

To Buell's credit, he has been aggressive about wanting to make sure they get paid first and foremost. According to EBR's court-appointed attorney, the more than $5 million garnered from both the Hero and Atlantic Metals deals will facilitate that.

But beyond former employees, there are creditors such as Mito Tech ($733,000 owed) and Porsche ($390,000 owed). I don't know the workings of receivership, so I don't know if EBR is required to pay them back, but you'd think it would want to make some sort of amends if it doesn't want to be stranded with too many burned bridges.

And related to that, how many dealerships are going to want to maintain their relationships with EBR?

We still live in a time where the business world seems a lot like a folk religion, with decisions being made on feelings, hearsay and unfounded belief. With Buell having been at the helm of two failed motorcycle companies, he now has some bad mojo on him. I personally think this may be part of why Polaris wasn't interested in EBR.

But hey, Donald Trump has gone through at least four corporate bankruptcies and yet there are apparently people in this world who would actually vote for him as president. If Buell's carrying the same sort of gris-gris, maybe things will turn out OK.

I have no doubt that Buell will still be the recipient of a lot of goodwill within American motorcycling circles. A lot of people –– myself included –– would like to see him and his efforts finally succeed. But is that goodwill enough? Motorcycling's history is littered with good ideas and good intentions and hard work that didn't amount to a viable business.

I guess only time will tell if it works for EBR.

* I accept (and hope) that I may be wrong about this. EBR's official Facebook page recently linked to an article calling for it to build a sport-adventure motorcycle. Presumably, if EBR was in a situation where it was nowhere near developing such a thing it wouldn't be fuelling the fires by acknowledging the desire for one.