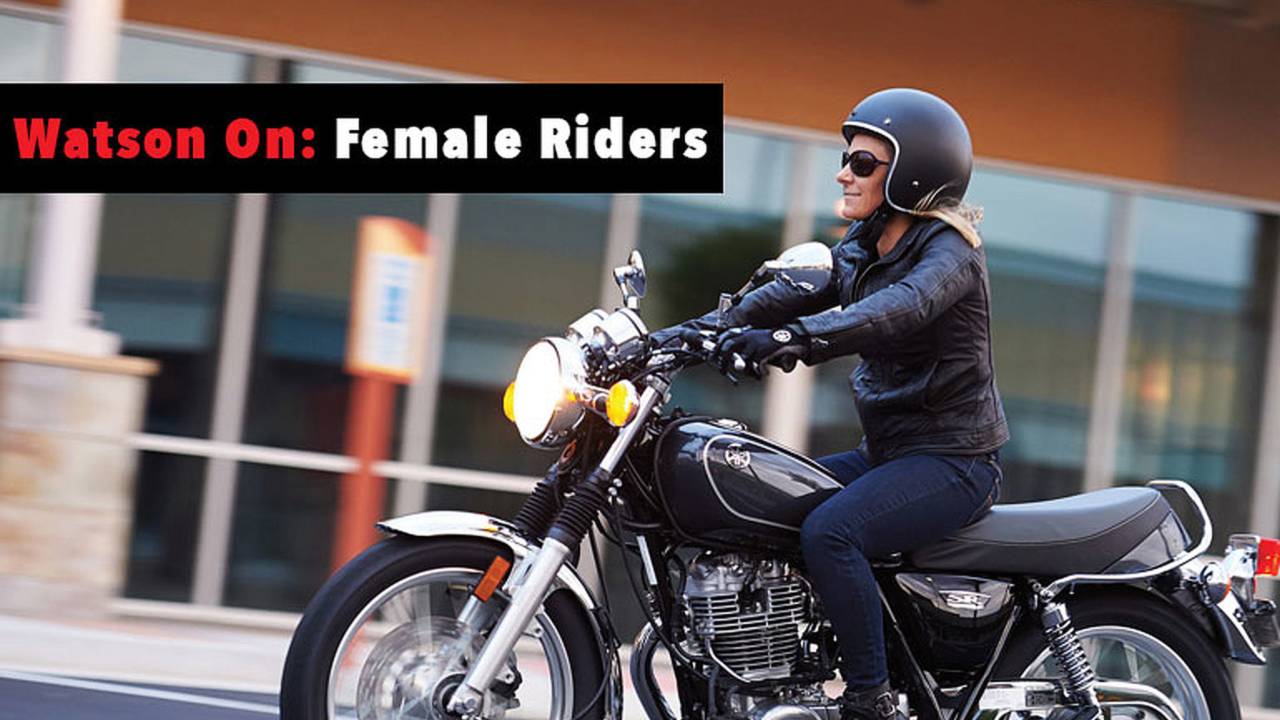 Female riders have been steadily and consistently increasing over the past decade with no signs of slowing down, but why?

At the end of last year there was a survey published about women and motorcycles that didn’t say very much except women who rode felt much better about themselves, were twice as happier with their lives and overall felt sexier.

It was the sort of survey that made me roll my eyes as it told me absolutely nothing that I wanted, or even needed to know, and was directly linked to a motorcycle manufacturer that had paid good money to sponsor this research ultimately with the aim of enticing women to buy their motorcycles.

However, what the survey did do was make me curious enough to seek out about what was happening to U.S. women motorcyclists and if they were still largely being ignored by the motorcycle industry.

After a bit of digging, what I finally came up with were some astonishing numbers published by the Motorcycle Industry Council (MIC). A national trade association that, amongst a multitude of other things, specifically tracks motorcycle riders demographics in the U.S.

According to the MIC’s findings, up until 2012 of the 27 million people that ride motorcycles in this country more than a quarter (or seven million of them) are women. That’s a huge number, which according to my limited calculations means that one in four riders on U.S. roads is very likely to be a woman.

Not only is that a big number, but also it would seem that women riders are also the one area of the market that’s actually growing year on year. All of the MIC numbers are based on motorcycles sold to end users, so this is not subjective findings or someone in a back room guessing, but simple hard facts. More women than ever before are buying motorcycles.

But, even more surprising to me was that the MIC numbers revealed the number of female riders increased by 35 per cent between 2003 and 2012, with more than 40 per cent of them purchasing a cruiser type bike. The MIC numbers don’t split down the remaining the 60% but if they did I have a feeling that the biggest proportion would be sport bikes purchases and between 2009 and 2012 bike ownership amongst women went up by 20%. What exactly happened in those years and why was there this sudden increase?

So what business do I have by being surprised by all of this? I’ve seen a fair number of female riders on the roads but I had no idea that women are buying more and more motorcycles than ever before. But hang on a minute, why? What has happened in recent years to make women rush out and buy bikes? For so long women have been often ignored by this industry, talked down to and not expected to go anywhere near a motorcycle unless it was on the pillion seat.

Yet now they are the fastest growing sector in the motorcycle market. I can’t think of any new type of bikes being made specifically aimed at women. Instead they’re shelling out money for every kind of motorcycle from cruiser to sport bike that we as guys like to ride. What precisely is going on here? I really don’t know.

Back to last year’s subjective survey on women motorcyclists if you’re still interested. The study, conducted by global insights firm Kelton and commissioned by an American motorcycle company (I’m not going to name them but I’m sure you can work it out) interviewed 1,013 adult female riders and 1,016 adult female non-riders.

Apparently the findings suggested that riding a motorcycle greatly improves a woman’s feelings of overall self-worth. Key ‘insights’ were apparently:

What none of this marketing speak tells me, or you for that matter, is why women have started to take up motorcycle riding in such big numbers. On the face of it this is terrific news for all of us that are passionate about bikes, but can anyone tell me why and how this all started?