Honda Crosstourer: boldly going where pavement has gone before 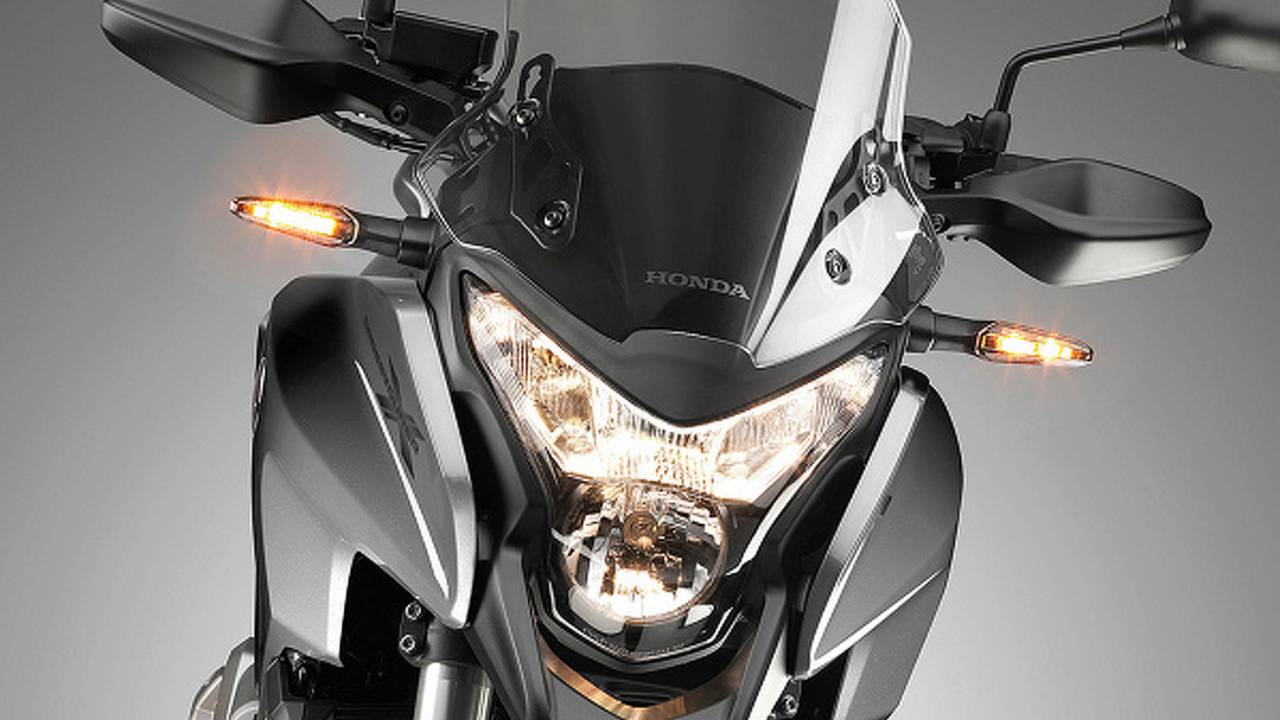 “The Crosstourer will deliver all the fun and excitement of a sports tourer; with the comfortable upright riding position and manoeuvrability of an adventure machine.” There you have it. The Honda Crosstourer, revealed here in production form is a taller, more comfortable take on the VFR1200. Traction control, combined ABS and a Dual Clutch Transmission capable of operating in fully-automatic ...

“The Crosstourer will deliver all the fun and excitement of a sports tourer; with the comfortable upright riding position and manoeuvrability of an adventure machine.” There you have it. The Honda Crosstourer, revealed here in production form is a taller, more comfortable take on the VFR1200. Traction control, combined ABS and a Dual Clutch Transmission capable of operating in fully-automatic mode should make the Crosstourer very easy to ride for such a big (up to 628lbs wet), powerful (127bhp) adventure tourer.

“The Crosstourer combines sports touring features, such as the powerful V4 engine configuration also found in the VFR1200F, with features found on off-road motorcycles such as long travel suspension and an upright riding position,” continues Honda. “This crossover between two biking genres makes the Crosstourer a unique and versatile package. Long-travel suspension – a feature of off-road machinery – smooths travel over rough terrain or on uneven road surfaces. The rugged suspension system also enhances ride quality and handling. The upright riding position provides comfort and command and outstanding visibility for the rider.”

So what we’ve got here is a detuned VFR engine, a VFR frame, tall suspension, wide bars and a huge windscreen, right? Yep.

Honda's new Cylon headlight shape looks great here. But, no projector beams on an expensive bike built to go to remote places? You'll be checking boxes in the parts catalog if you want to really light up those dark mountain roads.

In flagship sports tourer guise, the 1,237cc V4 makes 170bhp at 10,000rpm and 95lb/ft at 8,750rpm. Both those peaks move way down the rev range while falling in size for the Crosstourer: That 127bhp arrives at just 7,750rpm while 93lb/ft kicks in at just 6,500rpm. That should fundamentally alter the character of the engine, making it much punchier down low at the expense of top end rush. Honda describes it as “effortless,” which sounds pretty accurate for so much torque so low.

The optional DCT transmission is identical to that fitted to the VFR. Riders can choose one of two auto modes (drive, sport), or switch gears themselves through bar-mounted buttons or dinky foot lever. There’s no clutch lever at all, which can initially feel weird pulling away, but Honda’s system offers minute control capable of exceeding even that of a human clutch hand at low speeds.

“The Crosstourer features off-road inspired hand-guards to provide welcome wind and weather protection for the rider,” says Honda. “The adjustable windscreen has been shaped using computational fluid dynamics analysis for an idealised shape and just enough wind protection. The design lets the rider feel the breeze while keeping fatigue to a minimum.”

Comfort is one area where the Crosstourer really has an opportunity to improve over the VFR, which places its rider’s arms too far-forward and low, while failing to adequately support the back. “Natural support of the rider’s body weight between footpegs, seat and handlebar make the machine comfortable, even on extended rides. The riding position also offers excellent visibility for enhanced riding experience and increased hazard perception. Coupled with the generous steering lock, centralised mass and wide, tapered handlebars, gives great control at lower speeds.”

Style and practicality from the cockpit. That's an RC51-style horizontal tach and look how easily accessible the headlight bulbs are.

So what have we got here? Well, it’s an adventure tourer in name that does address some of the VFR’s shortcomings — namely comfort — while failing to address its main problem — weight. Equipped with a DCT transmission, the Honda weighs as full 124lbs more than the class-defining BMW R1200GS. The Honda’s advantage should be its high-tech, liquid-cooled V4, but engine performance numbers are only slightly slightly higher than those of the air/oil-cooled BMW. Cost is also likely to be an issue. Equipped with DCT, the VFR already costs $17,500, appreciably higher than the R1200GS’s $16,150.

In a class dominated and defined by the BMW, how can a heavier, road-biased, more expensive bike with equivalent straight-line performance hope to have a huge impact? Will tech features like traction control and DCT be enough to differentiate it in the market?