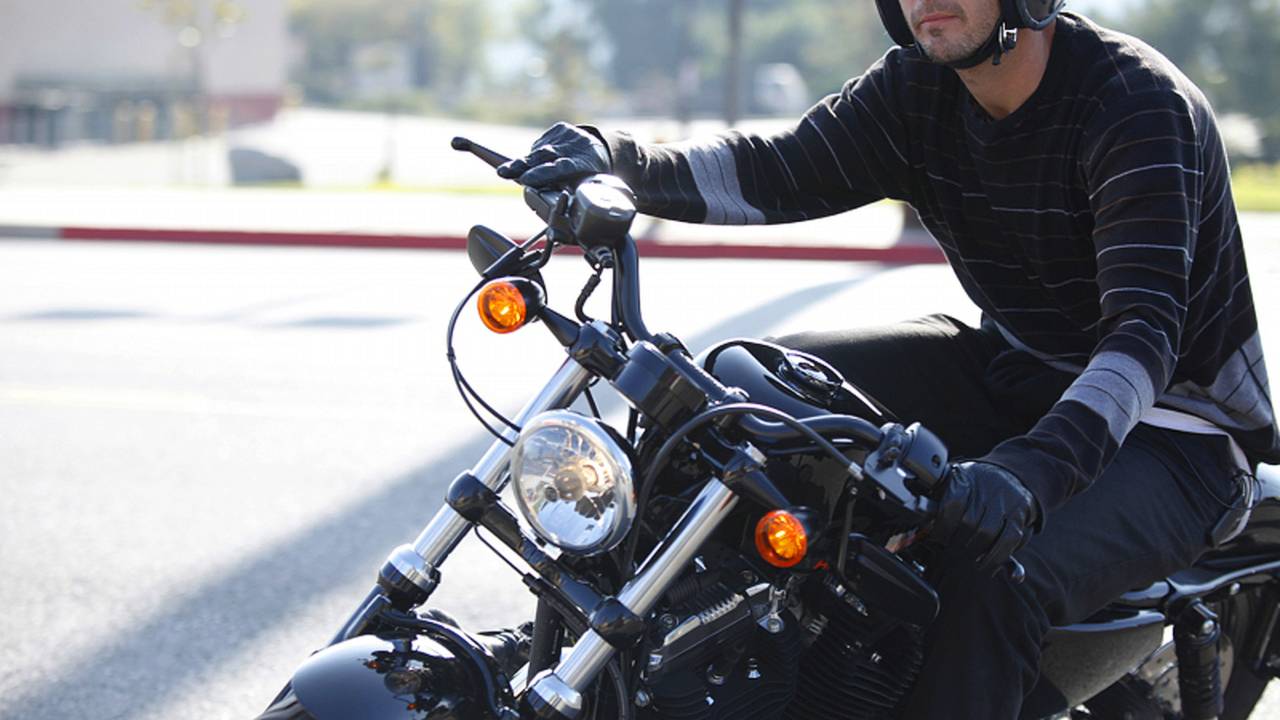 Back in July, Harley-Davidson released 2nd Quarter 2010 results that flaunted improved net revenue in an attempt to hide net income figures that were still massively lower year-on-year. In an apparent attempt at misdirection, The Motor Company also dropped a whammy of a claim: “Harley-Davidson is the U.S. market share leader of on-road motorcycles among young adults.” Could that be true?

Same As It Ever Was

Samuel Clemens once famously claimed that Benjamin Disraeli once said, “There are three kinds of lies: lies, damned lies, and statistics.” Doubting Harley’s claim, we approached an industry analyst, who prefers to remain anonymous, to help us discover the facts behind the numbers.

"Despite the decline in second-quarter retail motorcycle sales, we believe interest in the Harley-Davidson brand remains strong among riders of all generations. In fact, Harley-Davidson is the U.S. market share leader of on-road motorcycles among young adults."

". . . in the U.S., no one is reaching new customers better than Harley-Davidson."

"Based on recently provided Polk data, we have been the heavyweight motorcycle category market leader in new motorcycle sales to young adult men and women ages 18 to 34 since at least 2006."

"And when it comes to new motorcycle sales to young adults in ALL sizes of on-road motorcycles, Harley-Davidson has been the U.S. market share leader since 2008."

Our analyst provides some context: “H-D accounts for over 60% of the on-road market, all displacements.  Even if only 10% of those Hogs are being bought by the under 35's, that's about 20,000 bikes, more than any single other manufacturer in the US could claim... on road.  What that statistic says more than anything, is that H-D has US market saturation, making any kind of statistical claim possible, depending on how you chose to categorize the data.”

The key in all this is the “heavyweight” category, an outdated classification from the MIC that dates from the 1970s when a 650cc Bonneville was a big, fast motorcycle. “Heavyweight” motorcycles start at 651cc, which means all 600cc sportsbikes, 650cc twins like the SV650 and Ninja 650 and, critically, popular learner fodder like the Kawasaki Ninja 250 are excluded from that class. That Ninja 250 was the the fifth best-selling bike, of any class, in the US last year.

Our analyst asks, “How can anyone state with a straight face that they are ‘a leader among young buyers’ and conveniently exclude all the beginner bike market, where typically 90% of new, young bikers shop?

“This is statistical-propaganda bullshit. While they are not lying, they are suggesting that they dominate the entire youth motorcycle market because of straight consumer appeal, and the media take the big headline and run with it.”

The analyst goes on to suggest that a more accurate headline would read, “Harley is the market leader in new motorcycle sales to young men and women ages 18-34, in the cruiser market.” Not such a shocking revelation after all. Rather than indicating the success of a marketing effort directed at young people or the degree of a model’s appeal among new riders, the numbers merely indicate that Harley continues to sell more cruisers than any other brand.

According to WebBikeWorld, 520,502 motorcycles of all kinds were sold in the US in 2009, down from a high of nearly 1.1 million in 2005. Harley says it shipped 223,023 motorcycles during 2009, representing about 43 percent of total sales (this total includes off-road). The MIC and individual manufacturers are notoriously cagey about releasing sales figures by model or manufacturer or even class. We’re still trying to get a sales total for sub 651cc bikes. We approached both Harley (for sales of 883cc capacity bikes) and Kawasaki (for sales of the Ninja 250) and both declined requests to release any numbers.

“I think you will see that H-D is far from where they want their shareholders to think they are,” says the industry analyst.

"The shareholders are not happy about the vast sums of money lost in the last 3 quarters, not so much Buell and MV Agusta capital losses, but the staggering weight of Harley-Davidson Financial Services  and its horrendous exposure to bad debt.  They refinanced, thanks to Warren Buffet, but at 15% interest. This more than anything is why HD had the fire sale on other brands, and the shareholders are screaming for a recovery plan. Externally, HD says things are fine, but internally, they are not dumb.  They know that, at that at this rate, 75% of their customer base will be too old to ride within 10 years, or at least too old to buy new machines. They really are working very hard on a bunch of young rider appeal bikes, and branding, but in the meantime they have to present salient results, NOW.  This, in my opinion, is why they presented that youth market share poppycock in the last quarterly report. It is truth, as we know, only spun in such a way as to make the common stock holder feel at ease, short term."

"My broker put it thus: ‘If the stock market understood the depth of Harley's product/retail deficiency, there would be a selloff on a colossal scale.’ In my opinion, if HD doesn't produce a viable (commercially, and industrially profitable) series of new motorcycles and re-cast the brand away from the Boomers within the next 4-5 model years, they will end up like Ducati, MV, Guzzi and many incarnations of Indian: another glorious brand without a hope of sustainable business."

Just for some perspective and in no relation at all to US youth motorcycle market, Honda says it sold 10,114,000 motorcycle worldwide in 2009.

There are no Harley-branded bikes under 883cc currently in production, although The Motor Company has identified the need for a real learner bike and told us that it’s currently developing such a model.

So is Harley reaching new, young customers better than all other bike makers? Other than trying to please shareholders by paying lip service to doing so with some marketing and spraying a few bikes matte black, it’s not even trying to. Is Harley selling more cruisers to young people than anyone else? It sells more cruisers than anyone, so yes.

Is Harley the only manufacturer fudging numbers to drum up positive coverage from media outlets that can’t be bothered to investigate? Of course not, here’s two more examples:

Earlier this year, BMW announced a 21% year-on-year increase in Q1 sales. Articles following that press release made it sound like BMW was on fire during a deep recession, attributing that increase to huge sales of the then-new S1000RR superbike.

“1,925 bikes in three months is not such an impressive improvement considering that the US is BMW’s third most important market,” says our analyst. “Even if we take the global figure, it gets really silly when you realize that BMW accounts for about 1% of the market. So that media frenzy was about 0.21%, one-fifth of one percent of the global motorcycle market. I’m sure Honda wasn’t quaking in their kimonos.”

Another example of statistics without context presenting an unrealistic picture hails from only yesterday and from the Motorcycle Industry Council itself.

The MIC’s press release reads: “Despite the rising number of motorcycle miles traveled, fatalities decreased 16 percent and injuries declined 6.3 percent last year, according to the National Highway Traffic Safety Administration’s 2009 Fatality Analysis Reporting System. Among all types of motorists, motorcyclists had the second-largest reduction in fatalities, behind large-truck occupants, and the largest drop in alcohol-impaired fatalities – also a 16 percent reduction.”

What could be the cause of the first decline in motorcycle fatalities in 11 years? Could training, safety and awareness campaigns finally be paying off?! The reality is much less exciting than the 16 percent number alone.

As the MIC notes in the same release, “The latest MIC Owner Survey found that fewer than 50 percent of riders have taken formal rider education and training such as the Basic RiderCourse offered by the Motorcycle Safety Foundation.” The decrease in fatalities can largely be attributed to the decrease in motorcycle sales that took place during the same time period.

Back in April we brought you preliminary data from the Governor’s Highway Safety Association Motorcyclist Traffic Fatalities By State report, which actually cited the recession and a nearly 40% decrease in bike sales year-on-year as the reason for what, at the time, was expected to be at least a 10% drop in fatalities. That report’s chart of fatalities by year, extending back decades, correlates strongly with motorcycle sales, suggesting that the greatest factor in motorcycle fatality rates is the numbers of motorcycles sold and, presumably, the number of new riders on the road.

Looking at the larger picture, the divergence between these marketing claims and reality isn’t so much a story of companies doing anything unexpected, evil or immoral. The purpose of marketing and PR efforts is to present a company and its products in a positive light. Instead, the conclusion that’s invariably drawn here is that motorcycle media outlets fail to investigate facts or question sources, instead simply regurgitating corporate messages to consumers. The roll of media is supposed to be informing the public and serving as a check on corporate manipulation of the masses. Why isn’t that happening here?