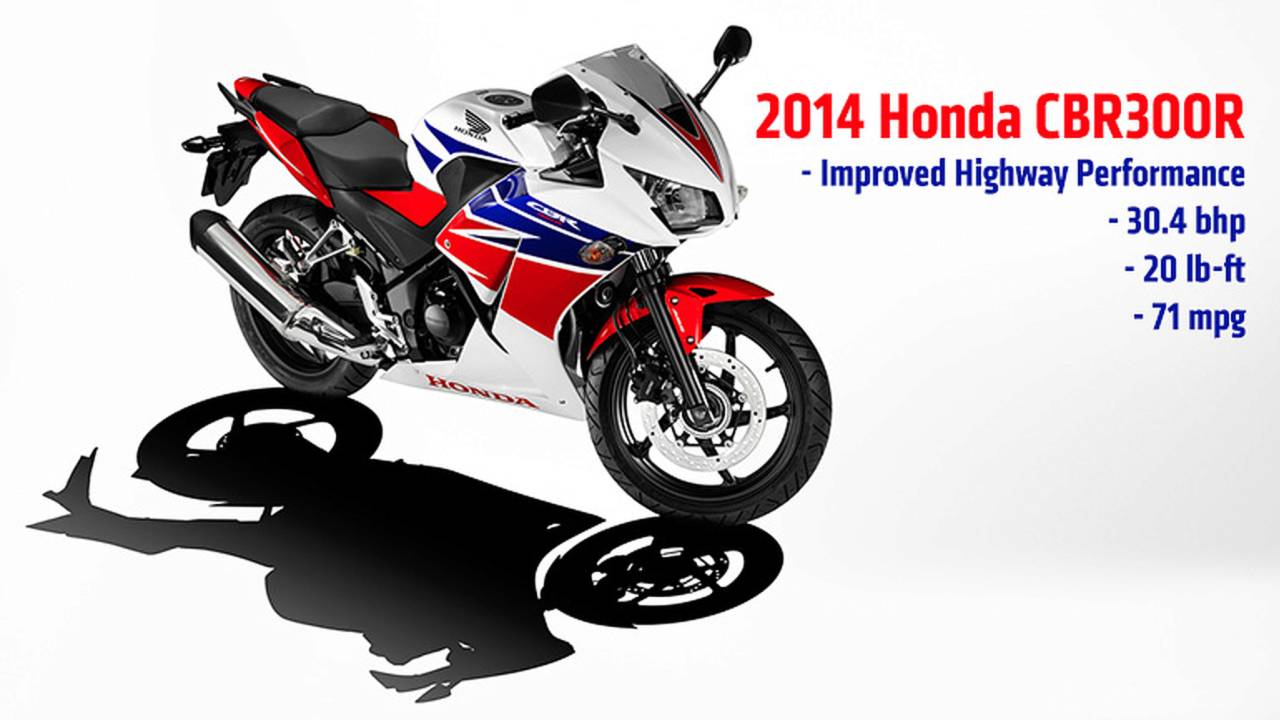 Official specs for the 2014 Honda CBR300R reveal a faster, more complete motorcycle. Get all the deatils and photos here.

As we exclusively revealed last week, the 2014 Honda CBR300R gains power and torque thanks to its longer stroke motor. These changes should create a faster, more practical bike that's more able to provide adequate highway performance, all without losing its new-rider accessibility or frugality.

By lengthening the stroke, the single-cylinder motor's capacity has been increased to 286cc. A heavier balancer shaft offsets the increased vibration that extra capacity brings, while the motor mounts have also been made stronger. The fuel-injection has been remapped to provide a more "crisp" throttle response while a new exhaust canister with a larger internal volume deepens the exhaust note.

The 2014 Honda CBR300R was styled to mimic the Fireblade.

That extra performance has enabled Honda to lengthen the final drive ratio, which should reduce RPMs at highway speeds, while also slightly improving top speed.

The new styling mimics that of the CBR1000RR, with a new, more angular fairing and new twin headlights.

While we're certain the new model is US-bound, no release date or confirmation of American availability has yet been announced.