Scars, Grease And A Kickstart: Learning To Love Your First Motorcycle 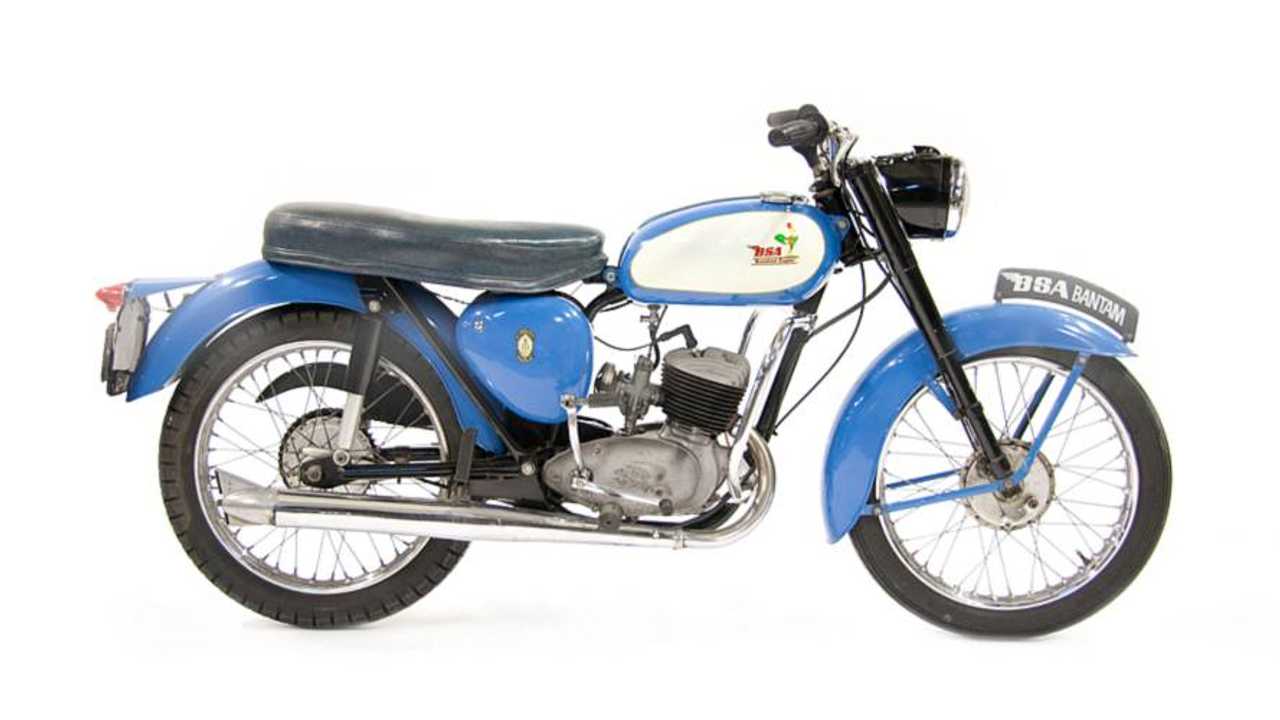 Scars, Grease And A Kickstart: Learning To Love Your First MotorcycleIt’s said that you never ever forget your first love. For me that’s true. My...

It’s said that you never ever forget your first love. For me that’s true. My first love was a lot older than me and a bit slow. She never knew quite how or when to stop. She often hurt me and left me with scars that I still carry today. But I learned a lot from the old thing and while she was no beauty queen she was an interesting shade of what was then called Mist Green.

When I look back at to what started my passion for motorcycles it always focuses on a 1957 BSA Bantam 125cc. At the age of 12 I was living in England. A friend of mine with very wealthy parents had been given a brand new Suzuki TS125 that I lusted after. The sad thing was, he never rode it, nor would he let anyone else. It just sat languishing in a garage along with a host of other expensive gifts he had used once and never touched again.

I wanted that Suzuki so badly I used to dream about it. But I realized that I was never going to own one but if I worked at weekends doing chores and saved my allowance I might just have enough to buy one of the old motorcycles that occasionally came through a nearby auction house.

It took a year of saving and nagging my parents, who quite rightly were unsure that a pre-teenage boy should own and ride a motorcycle. They were very reluctant and who would have blamed them? I had enough trouble walking in a straight line as kid – still do today – without hurting myself in some stupid way. I broke things and myself on a regular basis.

But after 12 months of me finding every reason why I should have a motorcycle they eventually gave in and agreed to let me go to the auction house and bid for a bike. The deal was I would have to pay for it myself and find a way of getting it home.

Clutching £12.57 in hard earned cash they took me to a nearby market where there were row upon row of ex-military vehicles and used commercial vehicles. All of them were in various stages of disrepair ranging from almost running to just a shell on wheels.

In a corner of the parking lot was an area set aside for motorcycles. There were several ex-Police Force Norton Commandos, some battered trials bikes missing gas tanks and engines, boxes and boxes of motorcycle parts and a solitary green BSA Bantam. This, I knew, was going to be my first bike.

It had been owned by the Post Office and had been used for 15 plus years as a daily bike for the local postman to deliver mail on. It looked like everything was still working. There were no bits missing and it had a new set of tires.

I had to wait two hours while the various trucks and old army Land Rovers were pushed through the crowd of men nodding, bidding and waving bits of paper at the auctioneers. I paid no attention to the Nortons as they went under the hammer as I nervously waited for a chance to place my bid on the BSA.

I was 12-years-old and small for my age. The Bantam was wheeled in view of the bidding crowd and although I pushed my way to the front the auctioneer failed to spot my frantically waving hand as the bids went up and up. Eventually the hammer came down and the bike was wheeled away back to its corner. I was distraught and went to look at the BSA for what I thought was going to be the last time.

A man was pulling the Bantam up on to its center stand and saw me looking at it. He told me that it hadn’t sold and if I went to the auction office they may accept an offer from me. A man behind the desk relieved me of £10 and agreed for a couple of extra pounds he knew someone that would deliver the bike to my house by the end of the week. And so began a lifetime obsession with motorcycles.

The BSA Bantam was actually a German-designed bike, built originally as the DKW RT 125. But after the Second World War and under reparations BSA in Birmingham, England, was awarded the rights to produce it. Very little was changed from the German version except the name.

Production in the UK started in 1947 and even then the BSA was seriously outdated. But it was a huge success and today represents the archetypal small British two-stroke utilitarian bike. It remained in production until 1971 with more than 250,000 made.

It was also about as simple a motorcycle as you could get. There was a 4hp 125cc single cylinder with an aluminum head (there were later 150cc and 175cc versions but still using the same engine). This was what was called a “unit construction” motor as it also incorporated the Bantam’s three-speed transmission.

As my BSA was a late D1 model it had plunger rear suspension, rather than a rigid rear end, but it did very little to improve the ride. There was a sprung solo seat and a kick start. Plus, for some reason, mine had a horn with a rubber ball mounted on the handlebars. It made a squeaking noise like a dog toy.

The BSA was exceptionally tough which was a good thing considering the inexperience of this rider. If things fell off, you simply bolted them back on again.

I learned how to kick start a motorcycle with the Bantam, and it took me a long time to master the art. Whilst the compression on the engine was not huge if I misjudged it the lever would kick back hard and fling me off the bike. Or if I didn’t angle my foot correctly it would flip back and cut the inside of my calf. I still have the scars on my shin today.

There was a process to starting the BSA. First you had to remember to turn the gas feed on. I’d always forget and spend what seemed like hours kicking over the engine until I remembered to twist the tap. You also had to prime the carb, but if you pumped too much gas in then it would flood and you’d have to wait an hour for the petrol to evaporate. If I got it altogether and in the right order the BSA would start on the second jump of the kick start. Every single time.

Back then my family lived in the middle of nowhere in the English countryside. There was a mile long track to our house and rolling fields all around. I rode that BSA Bantam everywhere.

That’s not strictly true. I fell off that BSA Bantam everywhere. I flew over the handlebars more times than I can remember often landing on my head, which is why today I probably can’t remember how many times it was.

I rode into an electric fence designed to keep cattle out at 40mph and discovered what it was like to get several volts of electricity through your body while traveling at speed. I rode it through rivers and got it stuck in a marsh. I ran out of gas three miles from home and pushed the Bantam all the way back up hills and freewheeled down slopes.

I got chased by cows through a field, only to find there was no way out at the other end and spent several minutes going round and in circles performing my own sort of rodeo being pursued by an enraged herd of cattle.

I learned how to counter-steer on the Bantam, getting faster and faster and braver and braver on a downhill slope on the track to our house, which ended in a tight blind right curve. I was probably doing no more than 45mph but distinctly heard the pegs scrape for the first time only to encounter the milkman coming the other way. He stopped. I didn’t and the Bantam’s useless drum brakes did nothing and I shot through a hedge, across a ditch and into a pond. It took me several hours to drag the bike out of the mud and water. But it still started first kick.

After three years of this I was not exactly proficient as a motorcyclist, but I had learned a lot, understood how a motorcycle worked and the most surprising thing is that no matter what I did to the BSA it still came back for more.

Then, one day, something happened. I noticed that there were girls and, back then, girls were predominantly not interested in a scruffy boy with a tatty motorcycle.

Despite the torture I had subjected it to the BSA was still running. I couldn’t afford both a car and the Bantam so something had to give. One day a man came and looked at the bike and offered me £12 and took it away.

I hadn’t lost any money on the deal. In actual fact I was a lot richer. I had learned how to ride a motorcycle. I’d broken it and put it back together and it had given me an insight into why someone wants to get on to a two-wheeled machine and ride it as fast as they dare.

So the BSA will always have a special place in my heart. There have been other better, faster and more sophisticated motorcycles in my life but that Mist Green BSA Bantam will always be my first love.