A profile of a 20 year old femal who rides an MV Agusta Brutale 675 around Los Angeles, CA.

You might recognize Marie from that episode where we taught average riders advanced motorcycle skills. In it, she was pretty green, but since, she's been working hard to get better. The reward for all that hard work? A brand new MV Agusta Brutale 675. Not bad for a college student. 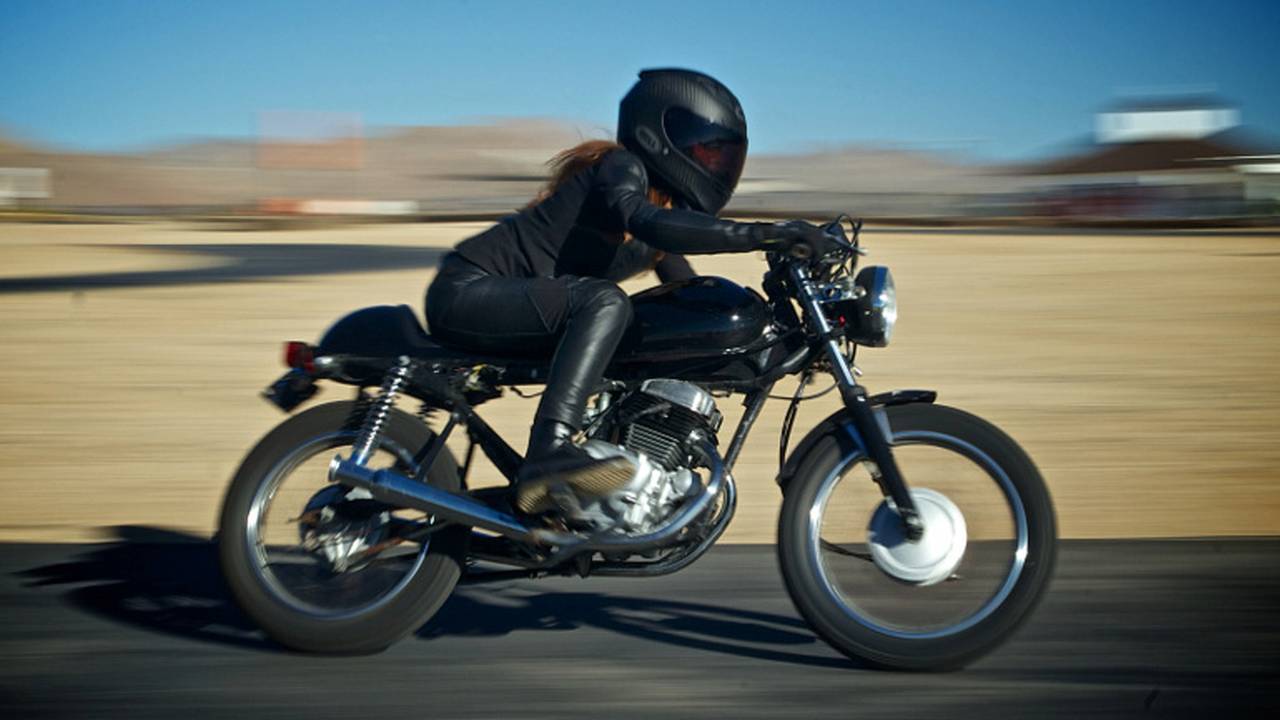 Marie was first introduced to motorcycles when her older brother brought home a 1978 Honda CB550 "that he got ripped off on by some pro skateboard videographer. I took one look at the smokey old thing and promised myself I'd learn to ride it."

"I followed and passed all the CA safety and licensing prerequisites, like the good nerdy girl I am, to get my M1. Then I spent a dumb amount of  money on the cutest little 200cc cafe racer I could find off of Craigslist. I pretty much felt like a wannabe badass Lisbeth Salander when I brought it home. That feeling didn't last very long because, the next morning, the bike wouldn't start and it had leaked a funny smelling liquid all over the garage floor. I hadn't the slightest idea how to fix it myself and felt intimidated at the thought of trying and ending up making things worse. The only other person I knew who rode was my brother and, like me, he was clueless and lazy about DIY mechanics. A local bike shop sorted things eventually and then I was able to scoot around the mean streets of LA."

"Too soon (or finally), I mustered up the courage to ride my brother's CB550 to and from LA to Santa Monica for school. I didn't even ask if he was cool with it. It was big deal moving around those 450 pounds of metal. Not to mention I learned the fine art of balancing on one foot — I'm five-feet tall and that thing weighs four or five times my weight. I kept that up until the bike was sold and puttered around some more on the 200. Soon, I would have a somewhat serious accident and that shook me up physically and mentally. It turns out that wearing a 3/4 helmet, jeans, Timberlands and a flimsy leather jacket from Zara whilst being side swept by off-road tires on a Dodge Ram is a big no-no."

She eventually upgraded from the Honda CM200, "I was fed up with all the time and money put into working on it. There was no point to continue so I sold it. It’s a good thing the Craigslist market for cafe racers in LA is at a premium these days." She learned from a track day with RideApart how to become a safer and better rider, "I knew afterwards I had to get a different, modern bike with actual technology (i.e. brakes), not to mention modern brakes would've probably saved me from the previously mentioned accident."

She ended up purchasing a brand new MV.

In 2012, MV Agusta introduced the Brutale 675, a three-cylinder naked sports bike based on the fully-faired F3. Its a lightweight street fighter that's also a powerhouse. It makes 110 bhp, 48 lb.-ft. of torque and weighs just 368.2 lbs (dry). Despite the eight-level traction control, that's a ton of bike for a new rider, especially one as small as Marie. 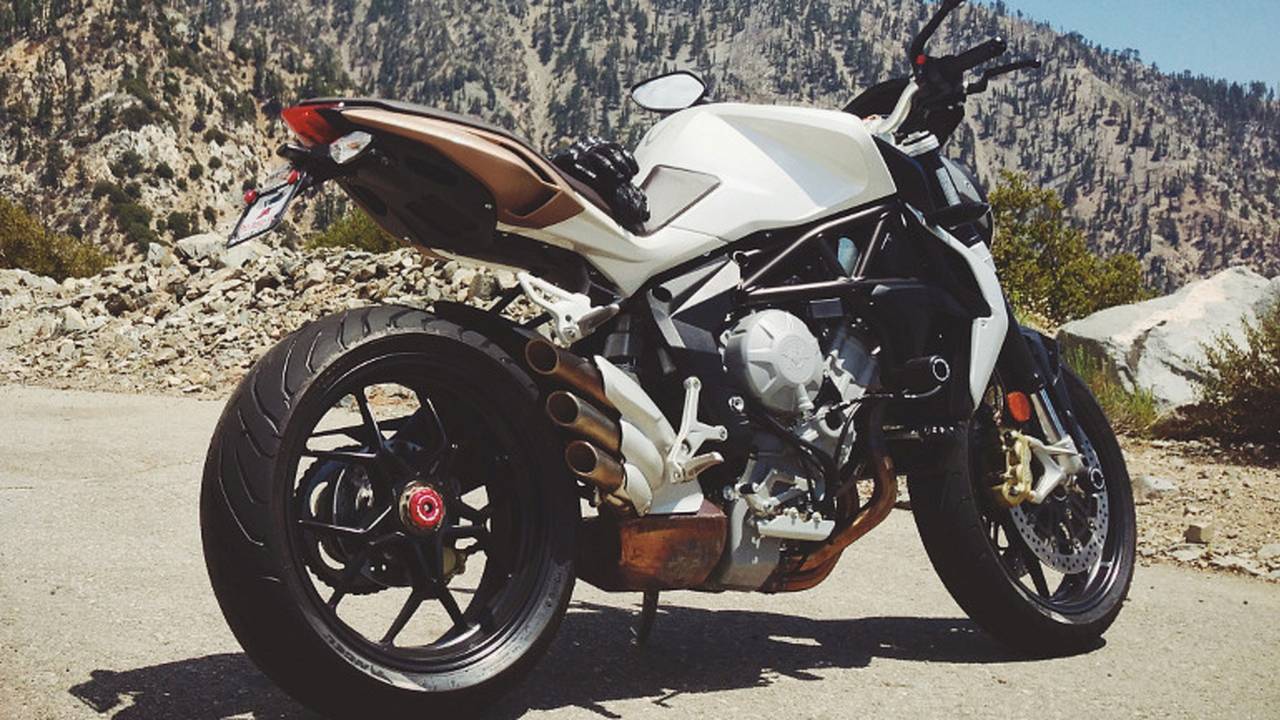 Why She Rides It

"First things first, I wanted a real motorcycle. I wanted something new and exclusive, something aesthetically designed and innovative that would excite me with a seriously sporty edge — all the while having a manageable weight and seat height for my size.

"I narrowed my search down to streetfighters — essentially the modern day cafe racer. The smart choice would've been the new Honda CB500F, but it wouldn't have excited me one bit.

" However, the MV Agusta F3 got me worked up — even as a fully-faired bike. When the sales guy at my local dealer mentioned a naked version coming soon, nothing else mattered and I knew instantaneously that was going to be the bike.

" I waited 16 bike-less weeks since that day for the Brutale 675. It was insane and nobody really understand why I would do that to myself. One of the reasons it took so damn long was because the bikes were put on hold awaiting US homologation and on top of that an extra CA emissions approval.

" It was a relief on June 26 when I finally rode away on a piece of motorcycle art. Leaving the dealer, I fumbled with the ride-by-wire throttle, trusting the foreign steering and ergonomics of this serious machine. When I got on the freeway, I thought I was 'casually' accelerating to merge with traffic, when I looked down to see I was doing some serious speed at 88 mph.

" In the beginning, I set myself up with a couple limits and practiced basic MSF skills so as to reduce my risk of idiot moments and dangerous situations. I started hitting up local canyons ASAP. I was astounded by how smooth and quick the Brutale turns into corners. My bouts of grinning and squealing come along whenever the revs begin to climb and let me tell you things get bananas after 7,000 rpm. This motorcycle is a rev happy and mean canyon shredder. Did I mention the quick shifter is a hell of a lot of fun to use? I can't wait to take it to the track to see what it's really capable of.

"The initial purchase euphoria has yet to wear off. I'm willing to admit I check out my bike every time as I walk away from parking it. I ride it everyday, everywhere, for everything. I recently did my first moto road trip — by myself too — riding the 'Laguna Seca Pilgrimage' route to watch the MotoGP. On the road there were varying bits of lane splitting, sweeping canyons, suffocating straight-line desert, windy farmland, and foggy mist by the sea cliffs. Not once did the Brutale slip. I knew all along I made the happiest personal acquisition in motorcycles.   I've noticed a few knick knacks about the Italian inline-three's characteristics. Torque is there with only a twitch of the wrist and the front end doesn't mind lifting up. At least, my accidental wheelies turned into silly power wheelies. The brakes have a strong feel but they aren't too grabby so it's plenty for the street.

" I've just started to mess around with different engine map settings and traction control levels. I have custom maps set for commuting and another for canyons. I never use sport mode because the ride-by-wire throttle is unpredictable. Therefore, the low-rpm fueling can be a bit choppy and spontaneous. This especially grinds my gears when I'm maneuvering in slow, tight situations.  My OCD kicks in when the gear indicator flashing in between numbers on the dash.

"Beside those two flimsy bits MV needs to fix, I love every part of my motorcycle." 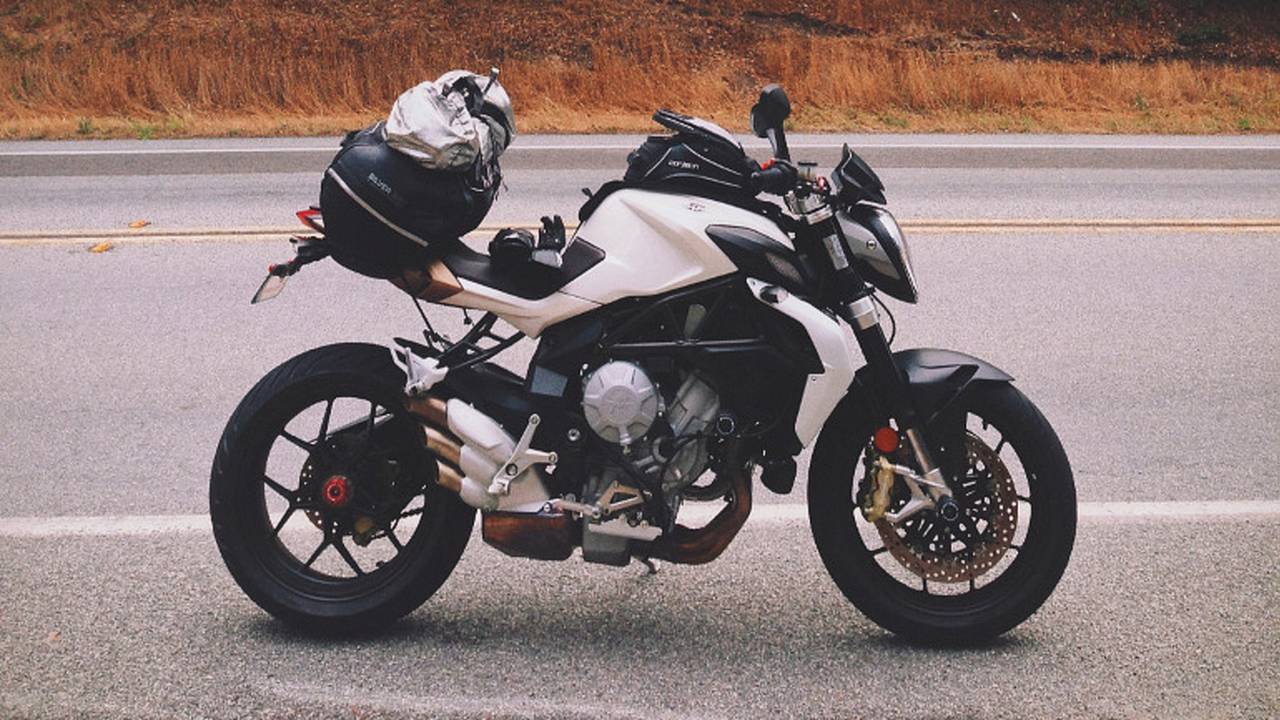 If you look closely you can see frame sliders.

"Before my bike even arrived at the dealer I ordered Evotech frame sliders, plus front and rear axle sliders — because RideApart editor Wes Siler told me to, and a tail tidy kit. I very badly want to do more mods but I just dropped a load of money on track school, a one-piece suit, and riding boots. I have to take it easy. I do want add a steering damper, dial in the suspension for my weight and riding style, and get the fancy Zero exhaust system. Look that one up on YouTube." 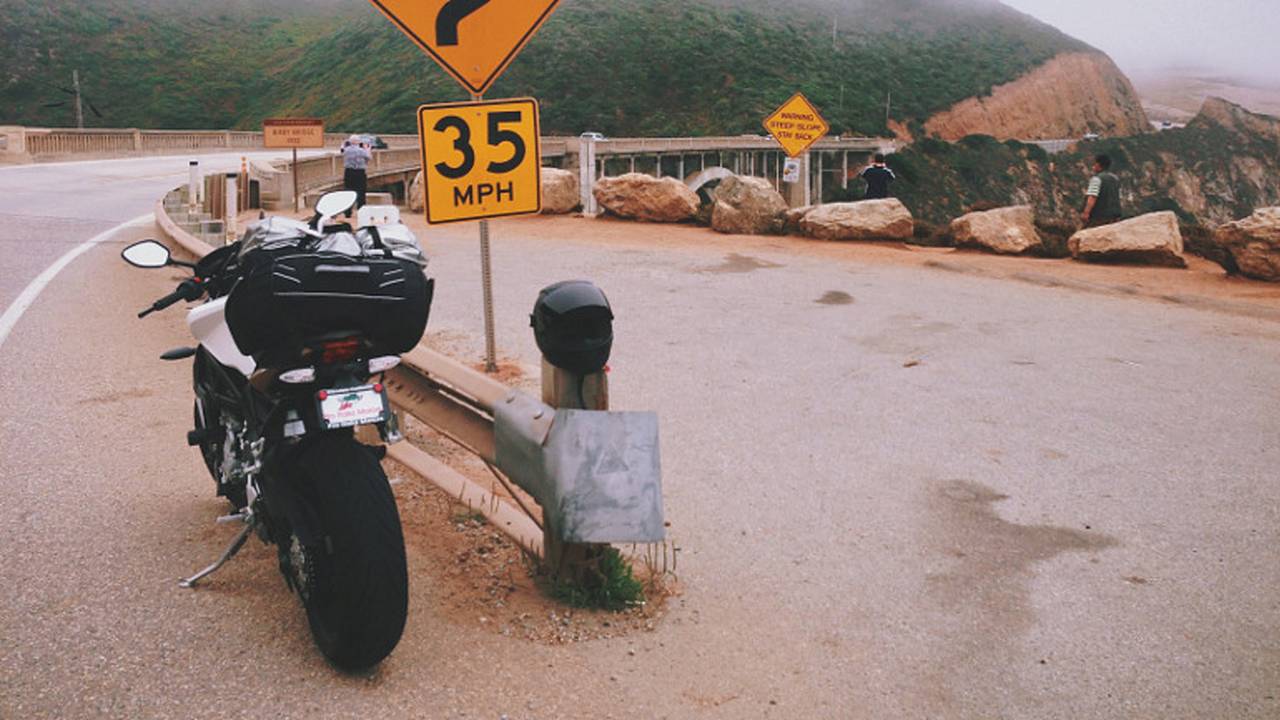 "As a young woman, riding motorcycles is as fun as it gets for me. Riding them fast and skillfully is even more exhilarating. There are a bunch of us out there and we're growing in numbers. I know first hand that it’s difficult and scary to learn but there is no greater reward than accomplishing something you thought you couldn’t do. I think the motorcycle industry is finally taking notice and tailoring bikes and gear for us more readily. There has never been a better time to start riding."