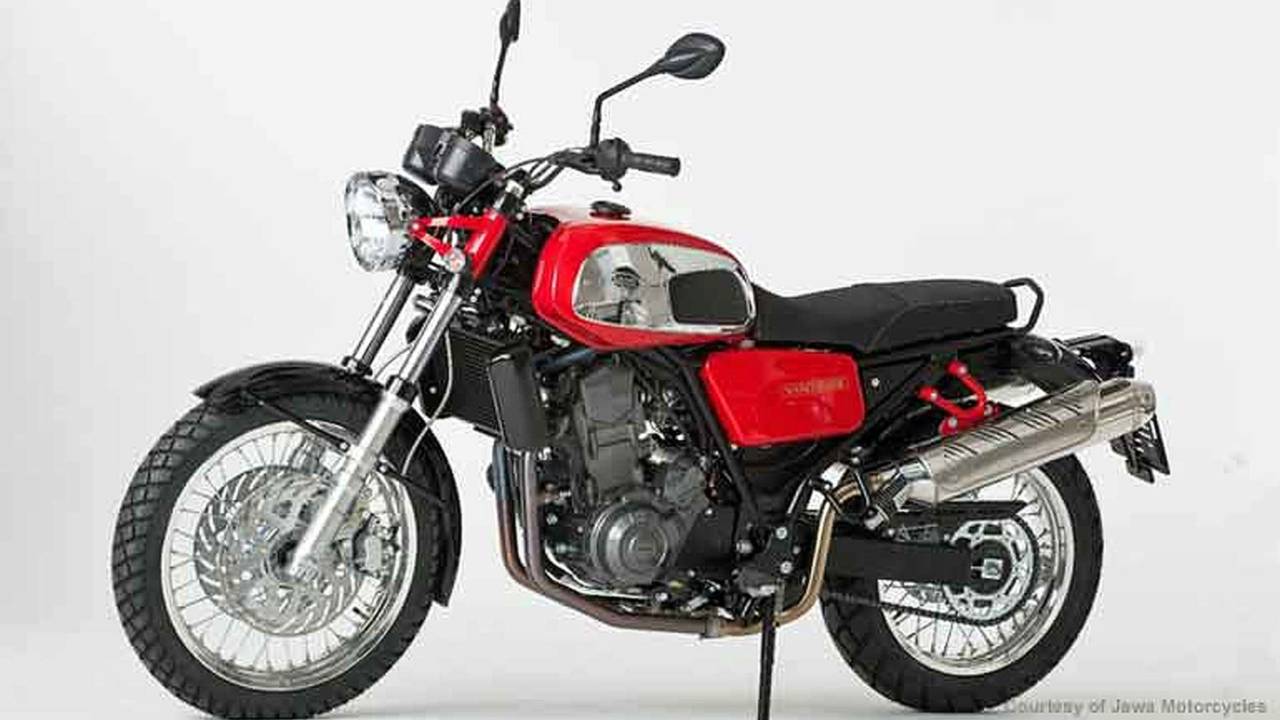 The Czech motorcycle company Jawa Moto (not the short, hooded humanoids from “Star Wars”) has been building motorcycles since 1929. A strong international force in the Fifties and Sixties, the company exported to over 120 countries, and was a strong contender in Grand Prix roadracing and speedway. By 1987 they had produced three million motorcycles.

The new 350 OHC derives its name from the popular 350 Type 634 two-cylinder two-stroke, which is still sold in Russia and South America. The four-stroke single and the steel frame are built by Shineray in China, using a copy of the Honda XR400 engine with the addition of a Delphi fuel injection system. The same engine is used in several models from the Italian company SWM.

The 397cc Single produces 27.4 hp at 6500 rpm and 22.6 lb-ft of torque at 5,000 rpm, a bit less power than the XR400, owing to a lower compression ratio. The styling is reminiscent of the British roadsters of the Sixties, employing a 18-inch rear wheel and 19-inch front. Dry weight is posted at 353 pounds and the bike is equipped with ABS. It sells in Czechoslovakia for about $4,000.

Jawa has also unveiled the 660 Vintage, a model based on its 2011 660 Sportard. The Vintage is powered by the Italian Minarelli engine used in the Aprilia Pegaso and Yamaha's XT660 and Ténéré 660. The engine makes 48.3 horsepower and the bike sells for about $7,300. No word on whether or not either Jawa would be sold in the U.S., but one shopping center developer has expressed interest, looking forward to the possibility of proclaiming that the Czech is in the mall.