Suspend Your Disbelief: Place Beyond the Pines 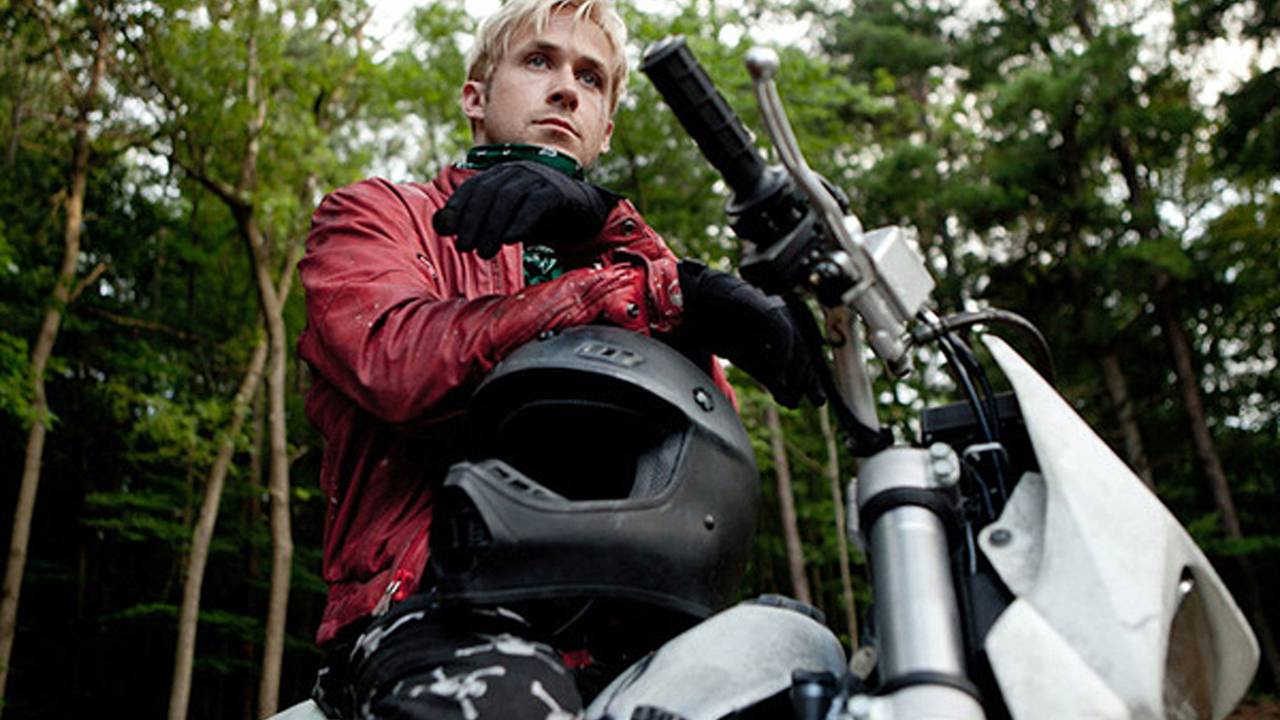 Ryan Gosling plays Luke Glanton, a tattooed motorcycle stunt rider who turns to crime to support his newborn son. Bradley Cooper plays Avery Cross, a young ambitious cop who later becomes a politician. "Place Beyond the Pines" (Premiering in March) is a multi-generational crime flick that looks like it's heavy on the bikes. But is the motorcycle action believable?

Suspend your Disbelief is a new series in which HFL will be examining the role motorcycles play in movies and on TV. Daniel is our newest editorial intern. — Ed.

The Movie: Written by Ben Coccio and Darius Marder and directed by Derek Cianfrance of "Blue Valentine," "The Place Beyond the Pines" is a crime film portraying two men and how their decisions will affect their families forever. Ryan Gosling and Bradley Cooper portray Luke Glanton and Avery Cross, a professional motorcycle stunt rider and a police officer. Glanton begins to rob banks using his motorcycle skills while Cross has difficulties dealing with his largely corrupt police department. The decisions that Glanton and Cross make begin to show consequences that will affect their families that culminates with their sons.

The Bike: The Gos appears to ride a few different bikes, judging by this trailer and the pre-production photos (at the time of writing, the film has not yet premiered). His main bike appears to be a Honda XR650R fitted with generic white, aftermarket bodywork. The XR650R is renown for being one of the most capable dual-sport motorcycles ever made, it can literally take you anywhere, from highways to motocross tracks. This lightweight, liquid-cooled dual-sport machine weighs in at 280lbs (dry) with a unique 649cc, single-cylinder engine that boasts 61bhp and 47lb/ft of torque. "The 650 that beat Baja" this bike can literally handle anything that you throw at it, it's one of the most broadly capable motorcycles ever made. That includes robbing banks and high speed police chases in addition to ADV riding, commuting, supermoto, single track and pretty much anything in between.

Gosling also appears to ride a Suzuki DR-Z400 (here) and air-cooled Honda XR650L in various images from the set.

The Rider: Ryan Gosling portrays a tattooed hooligan who travels from town to town with a carnival performing death-defying motorcycle stunts every night. After the discovery of his son, he begins start robbing banks using his riding skills.

The Action: From the trailer, we see motorcycles defying gravity in a steel sphere cage "Cage of Death", barreling through a forest doing jumps and fly in-between through the trees, gentle riding in the streets, and fleeing from the police and escaping with ease.

The Reality: With the riding that's shown in the trailer and the persona of Luke Glanton, an extremely capable dual sport motorcycle like a Honda XR650R is perfect for the job. An old dual sport has seen much wear and tear and is heavily modified to the specifications of its rider fits Glanton very well; he evens paints it black to hide his identity. The liquid-cooled XR650R can absolutely do what is shown in the trailer, ride in circles on the inside of a sphere, sprinting through the forests at high speeds, general street riding and even fleeing from the police.

You can't deny that the XR650R is capable of riding through the forests or defying gravity on the inside of a sphere, as shown in the trailer, but fleeing from the police when its relatively low top speed is just 105mph seems a little far fetched...Any police chase in a straight line for too long would end up with behind bars.

"I'm a bird, you're a bird" is a little less romantic when one of the birdies is named Bubba.