Watson On: Near Misses 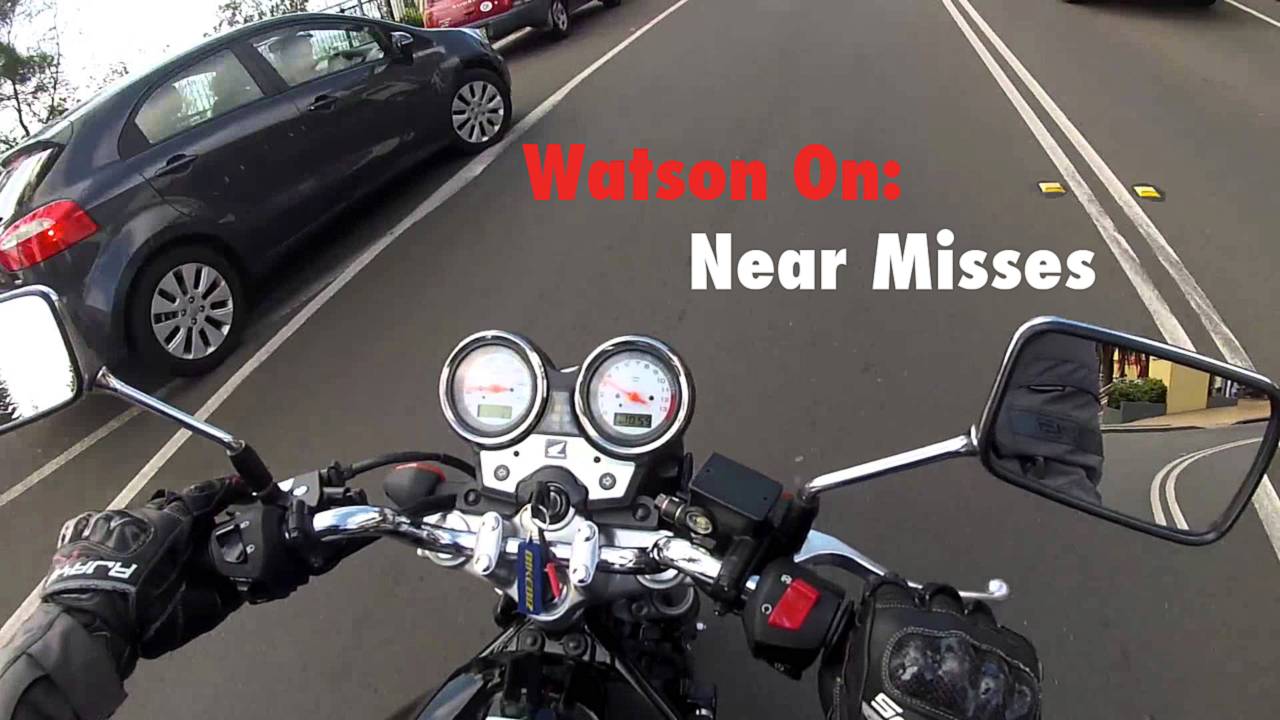 Tim Watson dives into the data behind near misses of riders on the roads. Can they avoid a nearly unavoidable situation? Who's to blame in the end?

It was sort of like a first date. We had definitely seen one another and the closer we got the more personal it became. We had achieved eye contact of sorts. At one point I could even see the type of jewelry the woman was wearing. But at the very last moment she clearly had a change of heart and accelerated her car directly out in front of my motorcycle only to then pull up at a stop sign less than 20 feet up the road.

I, on the other hand, thought I was definitely going to go across her hood and perhaps head first through her windshield, while my motorcycle was going to head off in the opposite direction spinning down the road on its side.

As it turned out my bike and I luckily came to an abrupt and somewhat dramatic halt. I needed a few minutes to compose myself and thank whoever is watching over me for letting me ride away that day. It was a very near miss.

I’d like to say I am that guy who can spot when an accident is about to happen and can “lay my motorcycle down” in time. But I have a nagging doubt about this and know I am never ever going to be able to predict when I’m going to a crash and plan accordingly. Nor do I possess super human skills, which can allow me to choose where, and when to drop my bike in such a way we part company and both avoid the thing we were destined to hit. It’s never going to happen. Well not to me.

At best I am hopeful that I’ll be able to slow my bike down a little and maybe, depending on what it is I’m about to make painful contact with, I’ll comprehend what is about to happen. After that, the rest is in the lap of the gods.

Here’s the thing. Around the world, there are reports after reports and statistics after infinite statistics about the safety of motorcycles. Here in the U.S., the Department of Transport’s National Highway Traffic Safety Administration (NHTSA) publishes an annual survey, which covers a myriad of reasons as to why riders fall off motorcycles but doesn’t actually come to any firm conclusions as to how to prevent this from happening in the future

Not one of these reports has put me off riding. Not because I don’t think it will never happen to me. Other riders have constantly told me it’s not a case of if but more case of when my motorcycle and are going to have an accident. So I accept that every time I get on my bike I may not be riding it home. I also acknowledge that each time I come home safe it maybe bringing me one step closer to the time when I will go down (again).

What made me think about of all of this was a report published in Europe a few years back (A Study of Motorcyclists in Northern Ireland, Southern Ireland & Great Britain 2009) but which I only got a chance to look at recently. It covered all of the usual suspects of speed, lack of experience and size of the motorcycle, but the one thing that made me sit back a bit and scratch my head was a section entitled ‘Near Misses’.

Admittedly the survey sample size of the riders being questioned was in the low hundreds, but the thing that caught my attention was that in any of the near miss situations close to 70% of all the riders interviewed felt that they were not to blame in any way at all.

Only 9% of all the riders interviewed said that if they got into a difficulty and were lucky to ride away from a potential crash then the fault probably lay with them. This left a bemused 21%in the survey who were not sure about anything at all, or why it had happened.

The great majority of riders in the survey, who found themselves having a close encounter of the painful kind, simply blamed other road users, or said their motorcycles had skidded because of poor road surfaces or loose gravel. One person said that a near miss accident they had encountered was caused by an insect or bird, but could not be any more specific.

Overall, the feeling among all of these UK and Irish riders was that near miss accidents were simply caused by other road users and to a lesser extent the conditions of the road. Very few felt they were in any way to blame at all.

Now, I am never going to say that I am a perfect rider, however, I think that I know my capabilities and realize where I need to improve. So, if I find myself in a tight situation I will always question myself afterwards as to what I could have done to prevent it. To my mind, an accident definitely takes a minimum of two people to make it a crash.

With respect to the woman I mentioned at the outset, I certainly should have slowed down a bit and accepted there was a strong chance she really had not seen me and very likely was going to pull out in front of me.

That was my contribution to the situation and I should have been better prepared. I am though not responsible for other road users, but I am responsible for my own actions and for doing everything I can to keep myself safe. For that reason alone I have to share some of the blame.

What do you think? Should the individual on four wheels take all the blame or do riders need to look within a little more when it comes to the cause of a crash?