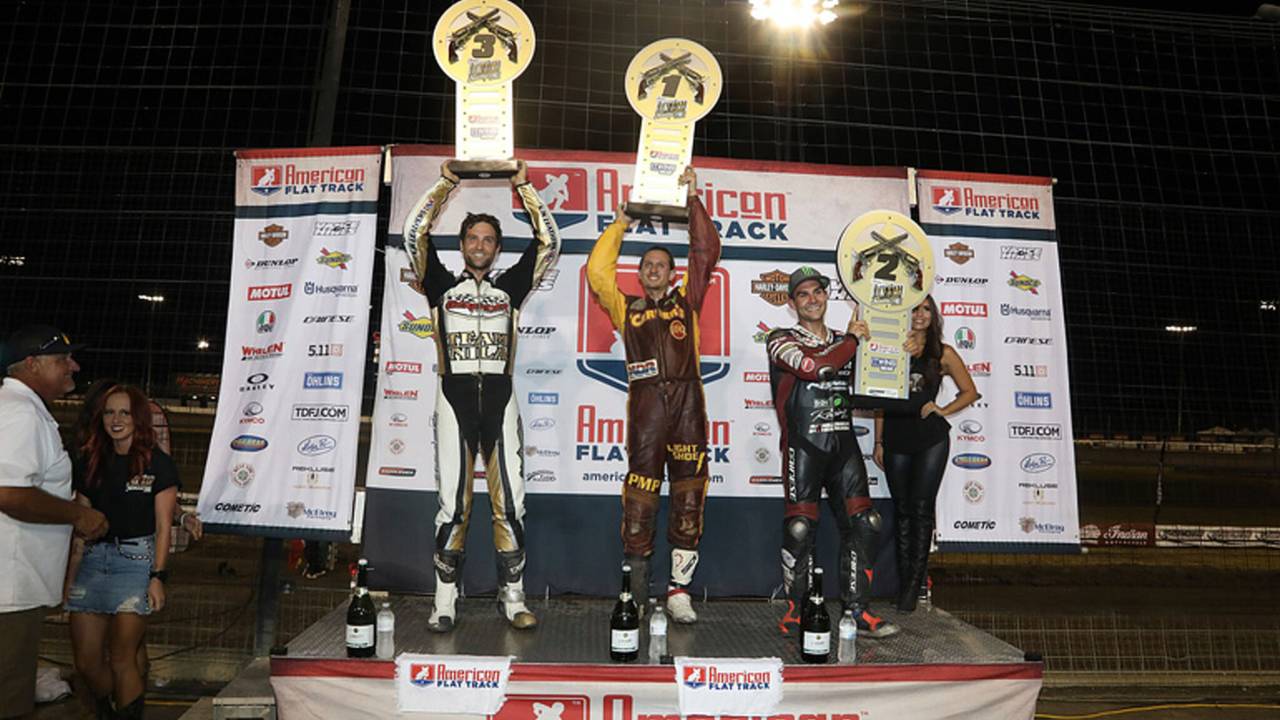 Privateer Johnny Lewis rode to a third place finish, his best of the season, on an Indian Scout FTR750 at the Lone Star Half-Mile this week.

Ever since Indian dropped the Scout FTR750 and resurrected its legendary Wrecking Crew race team, the company has eaten everyone's lunch on America's flat track courses. A mix of poise, power, and top-shelf engineering, the FTR750 proved to be a revelation in the dirt. The bike owned so hard, in fact, that it quickly proved a serious threat to Harley's legendary 750 flat tracker. With its killer new ride, Indian's factory team reignited the century-old Harley/Indian race rivalry with win after win in the 2017 season. The Wrecking Crew isn't the only threat to Harley's flat track dominance however, as Johnny Lewis proved this week way down in Texas when he rode a bone stock FTR750 right to the podium.

The Pennsylvania-based privateer piloted his FTR750 to a third place finish at the Lone Star Half-Mile, squeaking by Wrecking Crew rider Bryan Smith in the last lap to take the podium. The best part about the race, aside from it being Lewis' best finish of the year? It was his first time ever riding the Indian.

"Not bad for a bike I jumped on for the first time today in practice," Lewis said during his post-race interview. "It's been a while since I've been on the podium. I can't tell you how happy I am. It feels good."

How cool is that? With precious little prep and a handful of practice laps, an independent racer went out, passed a factory guy, and had the best finish of his season. Clearly that had a lot to do with Lewis' skills as a racer, but it also says quite a bit about the FTR. Lewis' win shows that anyone with the right skills, a lot of drive, and a little bit of money – well, okay, a lot of money. The FTR ain't cheap. – can pick up Indian's factory-built flat tracker and be competitive with the big boys. That's not just good for guys like Lewis, it's good for the sport as a whole.