Testify! How Motorcycles Saved My Soul 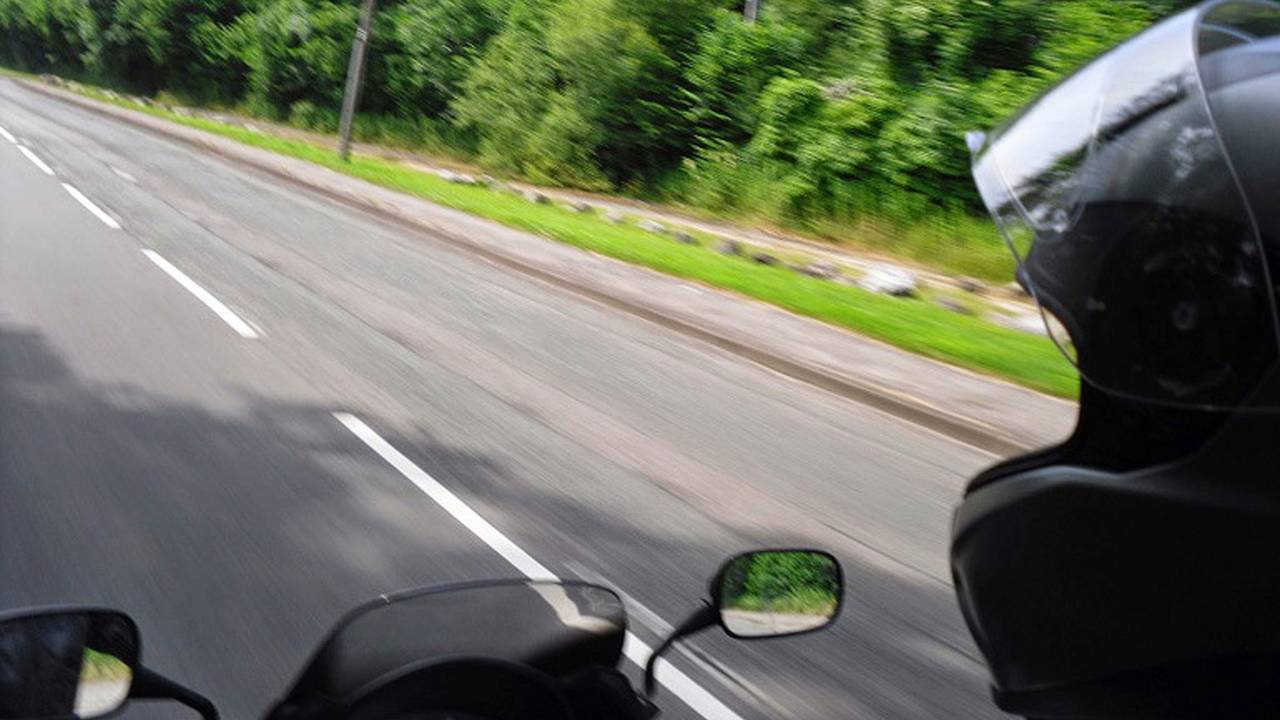 When I was 18 years old, I spotted an ad in the paper for a Basic Rider Course. Get your motorcycle endorsement; no experience necessary; bike provided. I had never ridden before. To my knowledge, neither had any of my family or friends. But, hey, why not?

It was a weekend course. We circled a YMCA parking lot on ancient Hondas, but never ventured onto the road. I don't remember going beyond 3rd gear. My instructor had a mullet, wore a burgundy leather suit he left unzipped to his pubic hair, and surreptitiously tried to get us to join ABATE.

So, it may not surprise you that when I was issued my motorcycle endorsement, I didn't feel qualified to use it.

There were no sites like RideApart then—no places to gain inspiration, knowledge, and advice about motorcycles and motorcycling. Other than going into dealerships, which I found to be prohibitively daunting. I knew nothing about bikes. I feared admitting that ignorance.

"They'll fleece me for all I'm worth," I thought. "They'll make fun of me right to my face."

Lake District National Park -- Getting a motorcycle helped me explore places like this.

Plus, I lived in Minnesota. There are exceptions –– it's home to Aerostitch, after all –– but, by and large, riders in the Land of 10,000 Lakes leave something to be desired when it comes to wisdom and skill. Last summer, I was back visiting my family, and over the space of two weeks, I saw only five riders wearing helmets –– all of them women. Everyone else relied on backwards Twins hats, trusting the angel of Kirby Puckett to keep them safe.

At age 18, I didn't know anything, but I sensed the folks around me couldn't teach much. So, I forgot about motorcycling. And, apart from a parking lot incident a year later in which I sat on a buddy's Ducati and sent it into a nearby tree (without me on it), that's pretty much how things stayed for more than a decade.

I now mourn the years I didn't ride. How could I have let all that time go by? I'm filled with regret, which in turn, makes me evangelical. Don't make the same mistakes as me, brothers and sisters. Don't turn your back on two wheels. Motorcycles will change your life. Let them into your heart. Witness the thumper, the twin, the triple, the inline 4 and the flat six. They will show you the way.

A road in Wales

Though in many of those non-motorcycling years, I didn't feel lost. I had pickup trucks. I joyfully crashed an old Ford F250 into a tree (off-roading), drove a GMC Sonoma across the United States –– east to west, north to south –– at least seven times before getting it stolen, then crossed the country a few more times in a Ford Ranger.

Then, nine years ago, I moved to the United Kingdom. Cost of car ownership here is ludicrously high, whereas the roads are no wider than aisles at Target. In Cardiff, where I live, it's almost always cheaper and easier to get around by bicycle or public transportation. So, I decided to make due without.

That turned out to be a terrible decision because, you know, freedom.

The word "freedom" is overused in the motorcycle world, but I can't think of a better one to use. Slowly –– so slowly I didn't really notice –– I started to feel confined. Limited. Trapped. And I pulled inward as a result. I didn't feel free and it was killing me. I fell into one of those cliché depressions used as a plot point in independent films. To quote American poet laureate Kanye West, it was "bad, real bad, Michael Jackson." My life was sad, real sad, La Toya Jackson.

I fell into a job as a bicycle courier. Being on a bicycle, I felt I had more room on the roads. Filtering through traffic, I could often beat cars across town. And I found that even when there was rain or cold or gale-force winds, being out in the open, on my own, sparked something in me. And I thought: "If only I could travel this way everywhere..."

Fortunately, this time around there were such things as RideApart (née Hell For Leather). And quite a few other sites. I'm sure you're aware of them. But if you're new to the motorcycling congregation, I suggest starting with the writing of Jamie Elvidge or John Burns—watch videos from MotoGeo or BaronVonGrumble. There's a lot out there to inspire you.

I went for it all. I couldn't get enough. I can't get enough. Have you ever watched the hour-and-a-half-long Harley-Davidson commercial that is Harlistas? I have. Twice.

Ultimately it led to a desire –– a need –– to have a bike of my own. Acting on that desire wasn't easy. I had to get my UK license, a process that's considerably more challenging than circling cones in a YMCA parking lot. Five tests and several hours of on-the-road training. It was exhausting and expensive, but the silver lining is that when I finally earned my license and felt confident enough to use it.

I found a trusty and non-threatening Honda CBF600SA and my world opened up. Within 10 months I had managed to see more of the UK than I had in all the years before. And the ability to do that, the freedom it delivers, has in the time since then slowly eroded the strength of my mental monsters.