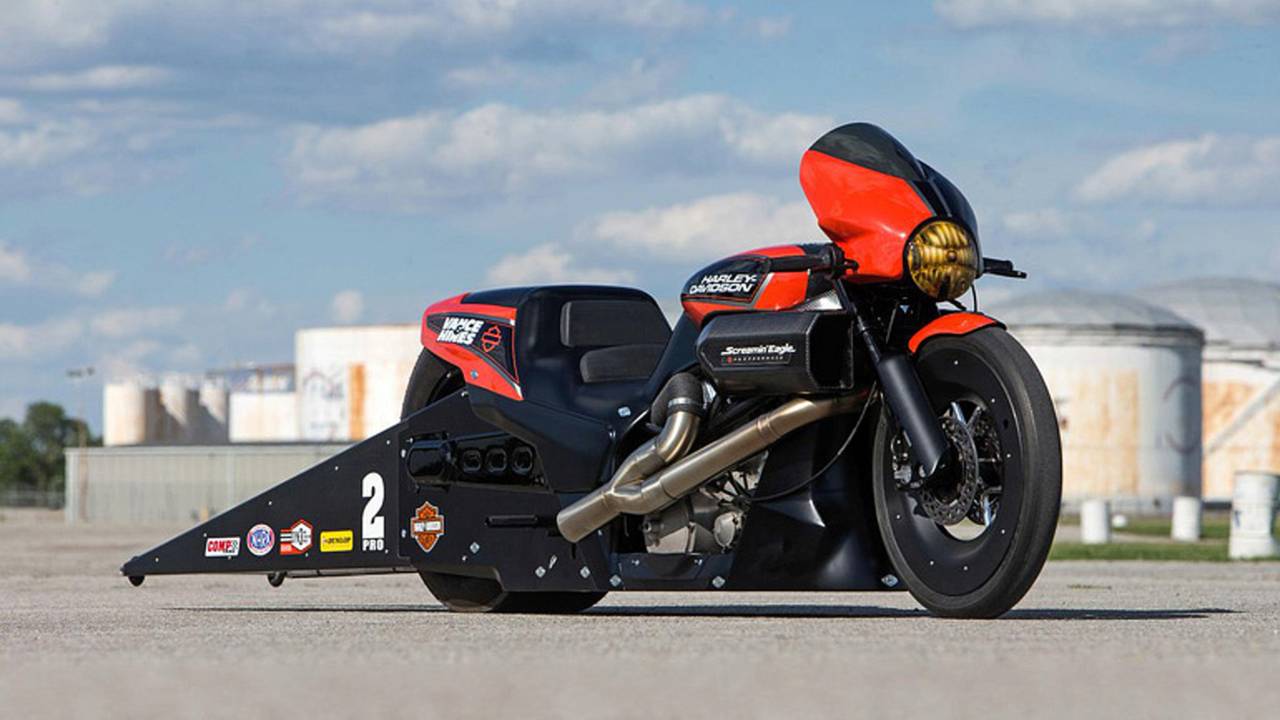 Harley-Davidson, in association with Vance and Hines, rolls out the new Street Rod 750 drag bike.

Harley-Davidson has long supported the American drag racing tradition, most prominently in partnership with speed merchants Vance and Hines. Harley's Screamin’ Eagle performance division has also been a major force at the drag strip for years, most recently with the monstrous VRSXE V-Rod Destroyer. Now, according to Canada Moto Guide, The Motor Company has shifted the emphasis away from the aging V-rod to the new Street Rod 750 as the basis for its Pro Stock entry.

“It’s been a long process to get to this point," said rider Andrew Hines just before the bike’s debut last weekend at the NHRA Summer Nationals in Englishtown, New Jersey. “The biggest difference is mainly the styling. It has more of a stock-looking appearance, this is more Harley-inspired compared to the V-Rod.”

“It looks like it will be fun to ride,” said rider Eddie Krawiec after a few pre-race passes. “We’ve tried to address some of the handling problems we’ve had in the past, and we have a new chassis.”

“The launch of the new Street Rod motorcycle was the perfect opportunity to give our championship winning drag bikes new bones,” said Harley-Davidson Screamin’ Eagle/Vance and Hines crew chief Matt Hines. “We used CAD and other digital tools to design a new chassis that minimizes weight while maximizing strength and rigidity. Track testing confirmed that the new bikes are aerodynamically sound and these new bikes run as great as they look with the sleek new body.”