Lane Splitting May Be Legal in More Places Than We Thought 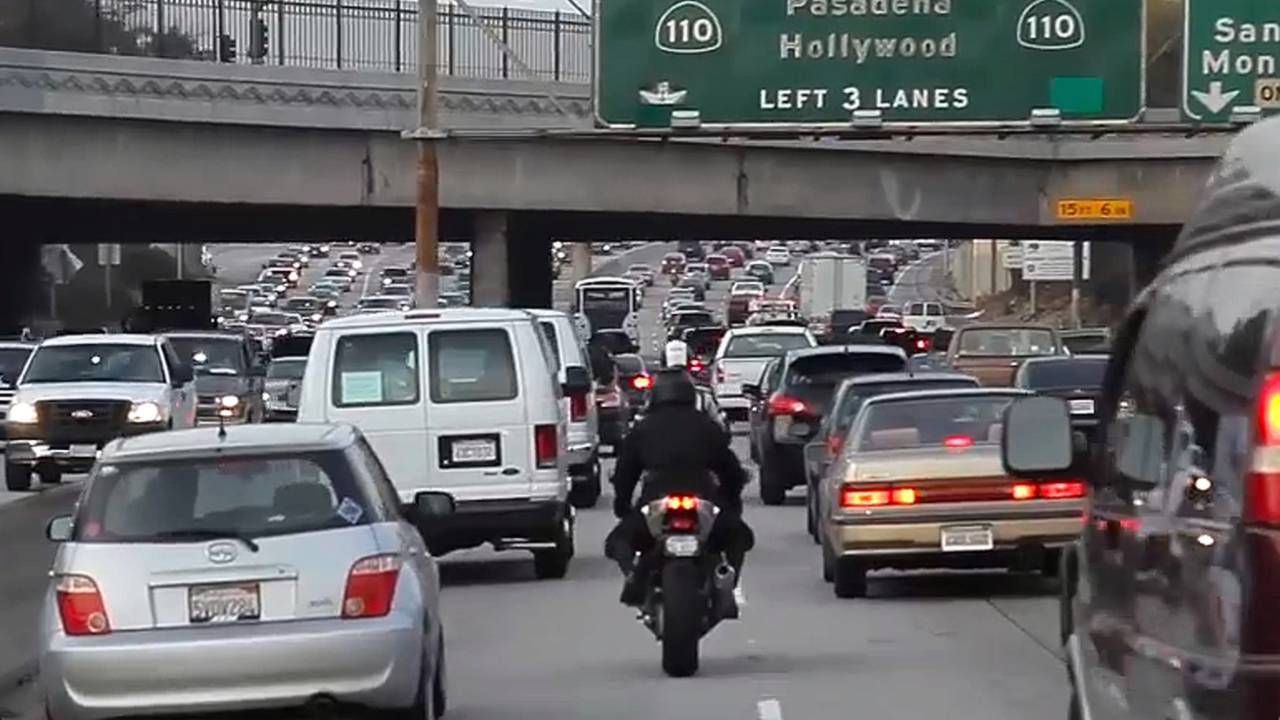 When California legalized lane splitting, we all thought that was the only place it could be done. We were wrong. Seems it might be possible elsewehere.

Or, well, it may not be explicitly illegal in as many states as we thought

One of the common laments for motorcyclists in the United States is that lane splitting is allowed in only one state: California. It turns out that may not be entirely true. Theoretically, the practice could be permissible in 13 states and Washington, DC.

RELATED: The Freedom of Lane Splitting

That’s the shock realization we had recently when doing a bit of research for Ride to Work Day (You rode to work on Monday, right?). According to motorcycle accident attorney Michael Padway, writing for the Motorcycle Legal Foundation, in addition to California the practice is neither mentioned nor explicitly outlawed in some 12 states or the nation's capital.

California is the only state where lane splitting has any sort of official legal status, but that has only been the case since 1 January 2017. Before then, the commonly practiced riding technique was something of a grey area—not specifically legal, but equally not specifically illegal. It was sort of like drumming on your steering wheel in traffic; there’s no law directly protecting your right to rock out to Toni Basil’s “Hey Mickey” on a Tuesday afternoon, but also no law against it.

So, perhaps the only reason people think it’s against the rules in the states mentioned is precedent. Perhaps that means there’s an opportunity for some well-behaved and conscientious riders in those states to take it upon themselves begin changing perceptions. Of course, you have to take all this with a grain of salt. Padway points out that since lane splitting is not necessarily protected it would be up to an officer’s discretion to determine whether the practice was safe.

The width of many US highways make them ideal for lane splitting.

In my home state of Texas, I’ve seen riders regularly lane splitting in the Houston and Galveston area, and it seems to be roughly tolerated (I’ve never heard cars honk or seen drivers act aggressively). That said… uh… even those of you who haven’t visited the Lone Star State can probably guess that Texas Highway Patrol officers are pretty humorless, so it may be something of a gamble.

As I say, though, these places may be good areas to focus efforts to expand acceptance of lane splitting, and, with it, commuting by motorcycle. It’s something I think would help to increase the appeal of motorcycling for many people.