Greg talks about the start and end of his first motorcycle at the age of 18. My First Motorcycle.

"We had our ups, and we have definitely had our downs, but I would eventually get more than a year and 10,000 miles out of a motorcycle that I put maybe 600 bucks into." 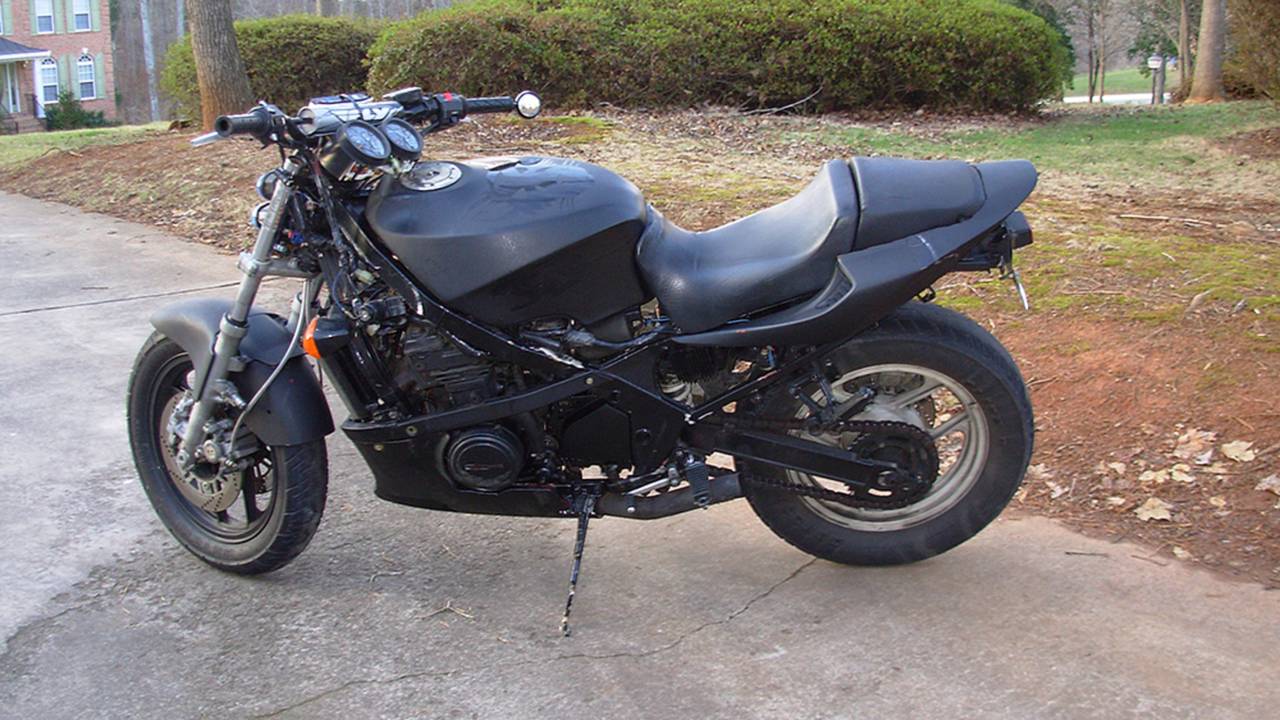 While hanging out with my buddy Jesse Kiser, who was heavy in the hot rod scene, I learned about rat rods. At the time, a new genre of modding, it struck a soft spot in my heart. The Kawasaki was a canvas and I found some paints... Next to an art school’s dumpster.

First I took off that big ugly nosepiece and staggered three Advance Auto Parts fog lights in between the triple trees. I went to the parts department and bought everything I needed to satisfy my ambition.

Right around the time my desire to be creative hit me, my manager bought a Hotcoat powder coating kit and oven. He told me to learn how to powder coat with two weeks of practice, powder coating anything my heart desired. About a week into it, I figured it was time to coat my gas tank. Disclaimer: If you intend to do this, let the gas tank dry inside completely before putting it into the oven.

The gas tank turned out great. Flat black powder coat is the most user-friendly paint that I have ever used, and the finish was perfect. Not only that, but gasoline doesn’t harm it. I finished off the plastics and de-rusted the old parts with spray paint cans. I gotta tell you, this thing was bad.

The bike was where I wanted it to be. Flat black with gloss black graphics I hand cut from leftover vinyl we had lying around. Every day the clock struck 5pm, it was a challenge to build something different or find a new way to tackle a particular project.

Side Note: Did you know that a 1985 Kawasaki GPZ600R’s rear wheel accepts a Goldwing’s rear tire? There were plenty of them in the tire pile with at least 20% tread. At 18, I had an endless supply of free burnout fuel. 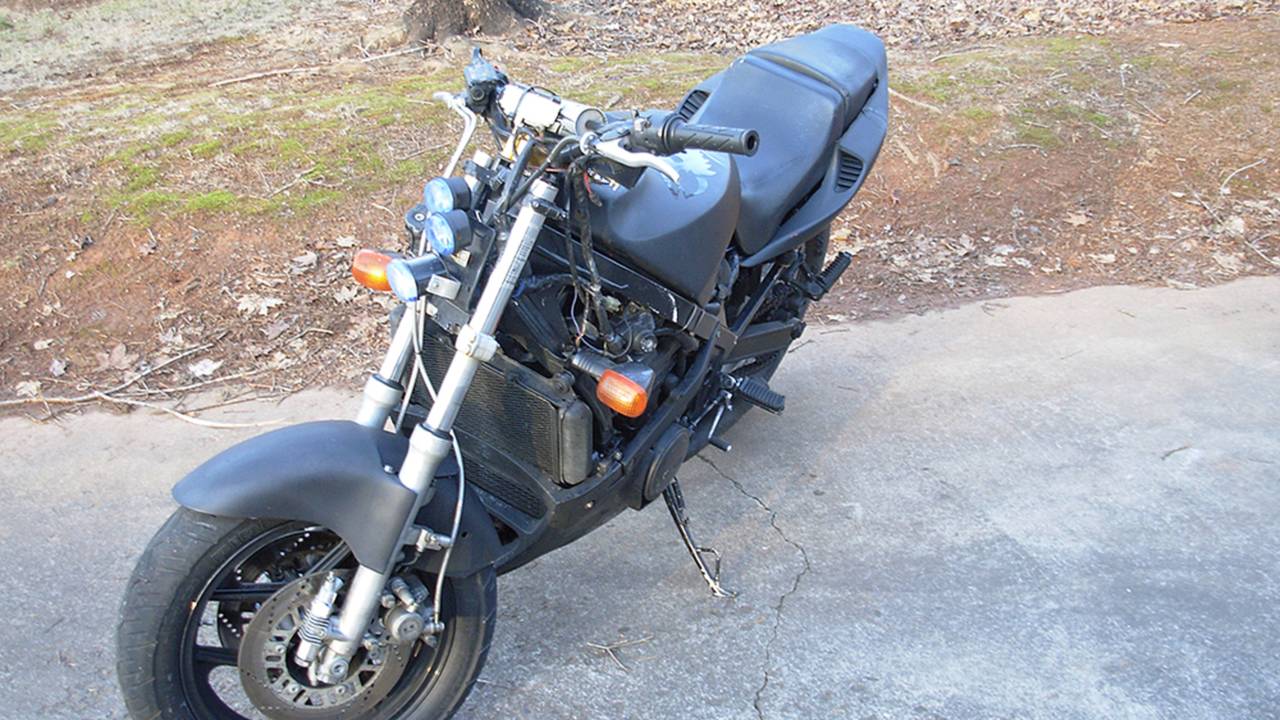 The Death of My First Bike

The remainder of our time together was full of adventures. This motorcycle was the horse that showed me the western side of North Carolina and was indeed, my motorcycle. We had our ups and we have definitely had our downs, but I would eventually get more than a year and 10,000 miles out of a motorcycle that I put maybe 600 bucks into.

The last ride was fantastic. The last time I rode with my dad before this ride was on his little Honda CM400E that struggled to keep up with his everyday bike, a Kawasaki Vulcan 1600 Nomad. A ride with my dad was long overdue. My brother Joe had just bought a Suzuki SV650 in Raleigh (about two hours away), so dad and I set off to meet him there and ride back home with him. It was a beautiful autumn day, perfect temperature and a relaxing ride. The way back was a little cold and rainy, like a ominous movie overtone—something bad was about to happen.

Around the time that Dad, Joe and I were getting close to home, my dad got his last wind. I heard each pound of his twin, 800cc cylinders screamed to life as he passed me. Instinctively, Joe followed, and it soon became a father-son “my bike is still faster than yours” drag race. I, the responsible one, was forced to follow, as I needed to stay with the group. Sixth, fifth, fourth, third—go—wait a minute... where’s the power? And what’s that noise?

The bike was rough, but made a lot of great memories. This is an old friend of ours, Adam Campbell.

The Kawasaki has these little orifices in the valve rocker that squirt oil to lubricate the camshaft. Cylinder number four’s exhaust lobe wasn’t getting proper lubrication because of often blockages, and it would make a ticking noise that would tell me it was time to adjust the valve clearance and free up the oil hole.

The noise I heard sounded exactly like the valve train wasn’t getting enough oil, and I thought maybe the lock nut over the adjuster had loosened. The bike had maybe fifteen horsepower, and would definitely not make the remainder of the ride on its own steam. Luckily, Joe spotted me limp off the highway in his mirror, and they brought the truck to the LZ for extraction.

The next day, my buddy Jesse came over and we pulled the valve cover off. Sure enough, no.4 exhaust needed adjustment. It was just like every other time, but I had never lost power like that! Stumped and frustrated, I reassembled everything and got ready for a ride to further troubleshoot what the noise was. Jesse hopped on his Iron Horse, and we rode around the block. I had heard this noise before—I knew what it was, but I think I just mentally blocked it.

I stopped at the end of my street and made a left turn, spun about 2,000 rpm and it exploded. The engine stopped instantly, revealing the sound of metal dinging along the pavement, followed by the low pitched hum of vaporized motor oil rushing out of the sump. Pieces of block and rod scattered everywhere: on my neighbors' yard, onto Jesse's bike behind me. 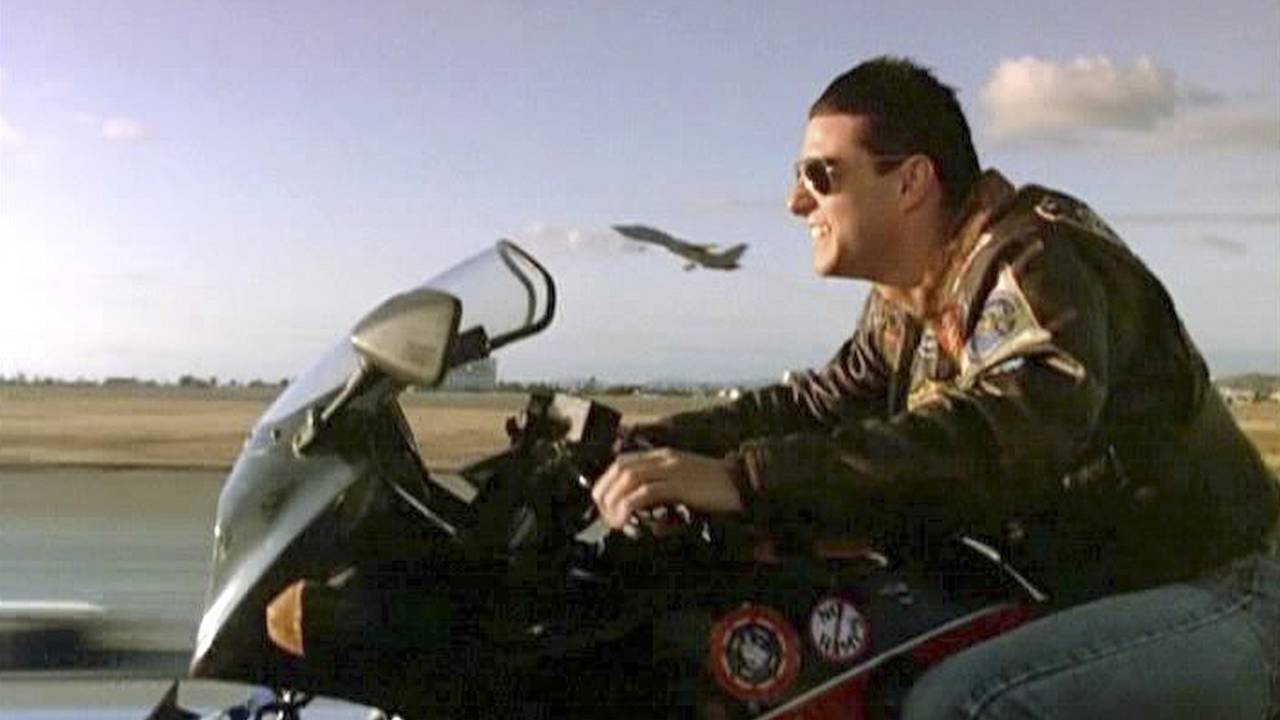 And then it hit me. The Ferrari on YouTube that threw a piston, the GSXR in the shop with the “do not start” sign. I had broken a connecting rod! That's what started this entire story, remembering how stupid I once was.

I went back on Craigslist with a lump in my throat and made the ad. I was shipping out for boot camp in two weeks, and had neither the time nor a place to keep it, so I listed it for free. No more than fifteen minutes later, the new owner was backing his trailer into my dad’s driveway. We cinched the tie-down straps and he set off. I walked to the mail box, and stood hopelessly alone, as my 1985 Kawasaki GPZ 600R slowly drifted from my sight.