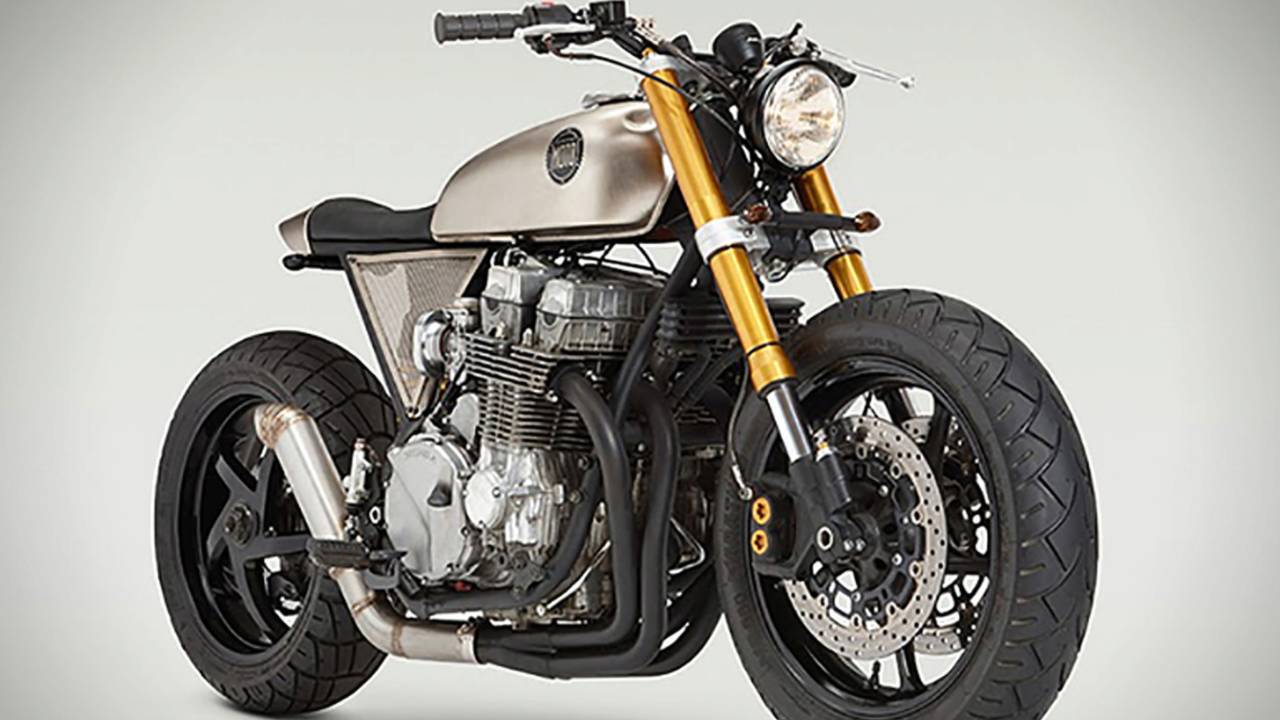 Just a few weeks into 2016, the RideApart staff got together to put down our individual predictions for motorcycle industry trends in 2016.

This Could be Bubba Stewart's Year to Dominate Supercross

(Note: I wrote this before Saturday's race, and it bears mentioning that Bubba got knocked out cold when Ryan Dungey t-boned him on the 2nd lap at Anaheim. The whole race was red flagged and James Stewart was barely conscious when the green flag flew again. He will have to take a Concussion ImPACT Test before racing next week in San Diego). See Related Story.

This could be his year to dominate AMA Supercross. He’s rested, he’s just as fit as ever, and he must be itching to race after the legitimately bullshit way he was suspended (He sat out 2015 because he failed to inform the AMA he was on prescription Adderall, which showed up in a drug test). He’s been racing the top class for 10 years now, and the only one who typically beats Bubba is Bubba. If you have ever seen him ride, it is like gravity doesn’t apply to him. He skips over the top of rhythm sections barely touching the ground, as unreal as the Hippos in Fantasia dancing ballet. Here Stewart battles Stewart in the Red Bull Straight Rhythm (starting at about 2:22).

One of the best things about James? He's been competing since pre-school, and he still seems to be enjoying it. Even when he crashes, loses, or gets hurt, he's always smiling.

His younger brother Malcolm, a promising 250 rider, is the same way and possibly just as talented. These 2 Supercross racers are really good for a sport mostly associated with angry rednecks in trailer parks, living on energy drinks, and missing teeth.

James Stewart may just be too old for Supercross. His injuries over the years, and that suspension may have kept him from being one of the G.O.A.T. along with Jeremy McGrath and Ricky Carmichael.

Wrong James Stewart, but it would still be a good race

Though Bubba is the 2nd winningest Supercross rider ever with 50 main events (2 more than Carmichael, 22 less than Jeremy McGrath), going into his 12th year he only has 2 championships compared to 7 for McGrath and 5 for Carmichael. There is no denying James was one of the best riders with his uncanny ability to ride whoops, but at 30 he is in the twilight of his career as a Supercross racer. Jeremy was 29 when he won his last championship, Ricky 26 and the Ryans (Villopoto and Dunge, 2014 and 2015 champions) are both years younger than him. In Jeremy McGrath's last season before retirement at 30, and he would start strong, but by the 1/2 way mark his age, and the rest of the riders, caught up with him.

It will be fun to see no matter what happens, so watch it live Saturdays on Fox Sports 1 at 10pm ET/7pm PT. Even if you are a street-only rider, or a road race guy, I promise you will be amazed at what these guys can do on dirt.

Just think of it as a road course with turns in all 3 dimensions.

It all seems to have started with Ducati, the always fashionable Italians, and their recent Scrambler (Triumph was first, but theirs was not as big of a hit). They looked at the current trends, and then aimed for where they were heading, not where they already were (looking at you Yamaha SR400).

READ MORE: 11 Reasons Why You Don’t Want A Literbike | RideApart

The Ducati Scrambler is the sweet spot of a Venn diagram where entry level bike, adventure bike, and retro/café bike intersect, and I like it. More manufacturers are going to be introducing practically sized, slightly off-roady bikes with plenty of style, perfect for new riders and urban environments. Call them Scramblers, call them street trackers, call them dual sports, but they are going to be a lot more on-road focused. At recent shows everyone is playing in the dirt. Suzuki had an SV650 scrambler, and the retro VanVan 200 (based on the same motor we get in the DR200).

Honda has the CBSix50 scrambler concept bike that looks to be based on the old 600 Hornet. Husqvarna has shown 401 and 125 scrambler versions of a new bike called the Svartpilen, based on the KTM Duke, and headed for production in some form. Kits and parts are available to scramble the Royal Enfield, Yamaha SR400, and Harley Sportster into dirty bikes.

And BMW with the RnineT Scrambler, Moto Guzzi with the Stornello, and Benelli with the Leoncino have already jumped on the bandwagon with production bikes.

That delicious BBQ pork you smell may be your own thigh, seared to a crisp then slowly roasted by a set of high pipes.

We all know most of these bikes will never even see a dirt road; the dirtiest they are likely to get is in the parking lot of some indy music festival. Most of them give up some of their street abilities by dressing up for the dirt, and some manufacturers feel the need to actually charge more for a bike that has less of everything but style. Of course, the other downside to the sportification of motorcycles is that the manufacturers may move away from producing great all around street bikes in favor of the “off-road” version, just like the car companies have with station wagons.

There is no denying that I'd rather see hip young newbies on one of scramblers trying to be Steve McQueen than on a liter bike trying to be Rossi, or on a poorly modified 70s Honda café racer. Play riding in the dirt is fun, and it is looking like a bold new era of practical, fun, "dirt bikes" is coming.

Honda Nighthawk is the Next Popular Custom Platform

This probably started with the bike on The Walking Dead, but the builder for that show had a good idea. The Honda Nighthawks are inexpensive and practically bulletproof, so you are never going to lose productivity because the hero bike won’t start (unlike the Honda CL350 used in Girl with the Dragon tattoo).

Dull as dishwater, the Honda CB750 Nighthawk first showed up in the early 1990s and stuck around on and off until 2003. Because they were not flashy or fast they attracted adult owners who rode responsibly and took care of them. They are the Volvo 240 of bikes. Because they are air cooled, twin shock bikes with tube steel frames and classic proportions they are very easy to modify into café racers, retro superbikes, and other cool styles, even choppers.

The little 250 Nighthawk even has spoked wheels and a drum brake, to make it a real throwback. Those 2 features also make it a great platform for a scrambler or flat track style project. And countless MSF classes have proved, you couldn’t kill a 250 Nighthawk if you tried, so they are great for beginners of all types.

Like most project bikes, many will never be finished. Although all these really need is good shocks, good tires and good brake pads, they will likely get cheap tires, Chinese piggyback shocks, and no brake pads until it is metal on metal. The nearly silent stock Honda mufflers will be cut off and tossed in the recycling bin, and straight pipes and header wrap will be applied. But as long as you are having fun, right?

Fitting that this is in front of a camper, no?

Hey, at least it isn’t a CX500, right? Start with a better bike and it's harder to screw up quite so badly. All you have to mess with are the cosmetics, not the mechanical bits, and they lack the electrical gremlins of earlier bikes. The 750 version is an easy upgrade to much better front forks, brakes and wheels with little fabrication because many other Hondas (CBR600F2 for instance) use the same size steering neck.

Check out the rest of our 2016 Predictions: