This 2016 Dakar High-Side is Unbelievable 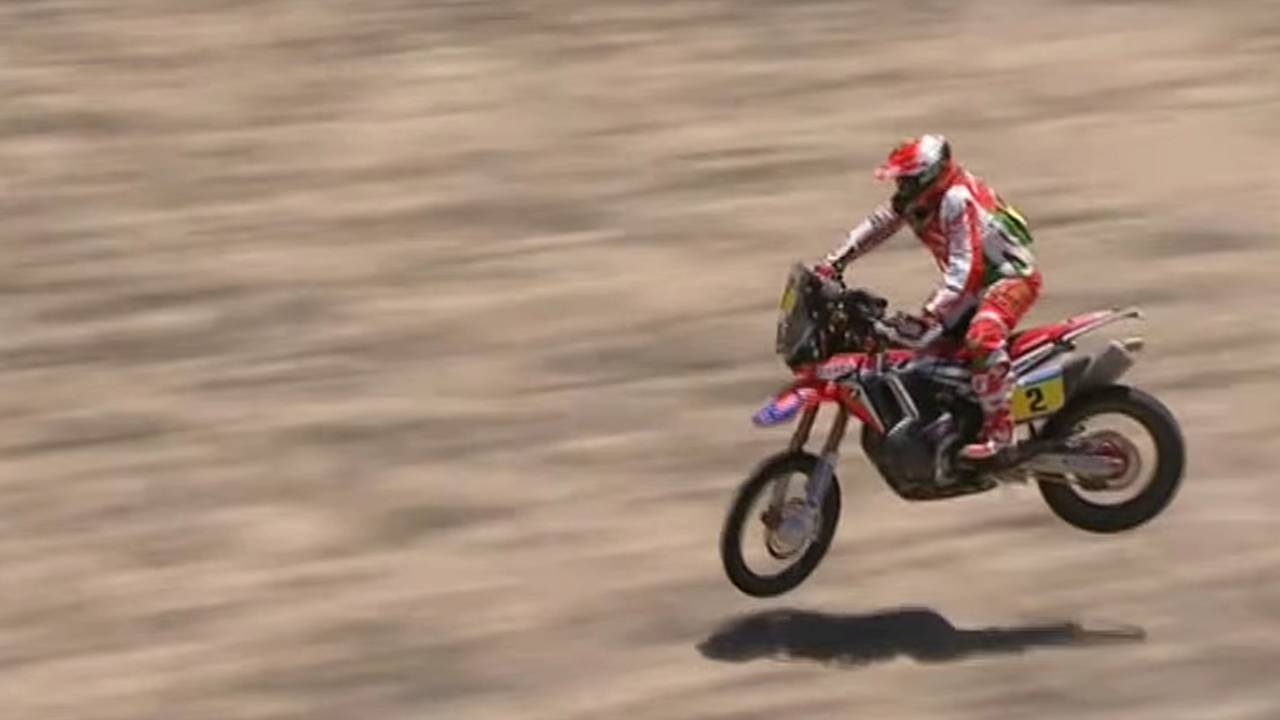 Nothing makes me shudder more than seeing a gnarly wreck or a downed bike but this video of Portuguese Dakar Racer Paulo Goncalves has me in disbelief.

The Dakar Rally is easily regarded as being the most grueling and soul crushing endurance races on the planet. Out of all the participants, I think motorcycle racers have it the worst. There are no roll cages to protect you in the event of a crash, one second of lapsed concentration can prove fatal, and the abuse to one's body has to be similar to being in a brawl.

I hate to see people fail, and nothing makes me shudder more than seeing a gnarly wreck or a downed bike, but this video of Portuguese Dakar Racer Paulo Goncalves has me in near disbelief. Goncalves is shown tearing ass through the eighth stage of the 2016 Dakar Rally on his Honda CRF450 Rally when disaster strikes. On some bumpy desert terrain, his back wheel pops out enough to throw him into a gnarly high-side.

The next few seconds are enough to make your butt-hole tighten up, as I'm sure it did to Goncalves when he was ejected approximately 40-50 feet from his bike. I expected him to be laid out motionless and his CRF to be completely obliterated after flipping over three times, but somehow that's not what happens. Goncalves hops up, jogs over to his bike, and continues on like it was nothing. INSANE!!!

I suspect Honda is experimenting with adamantium in both their bikes and their racers. The 2016 Dakar Rally continues through Bolivia and Argentina until January 16th. You can catch more of it at www.dakar.com