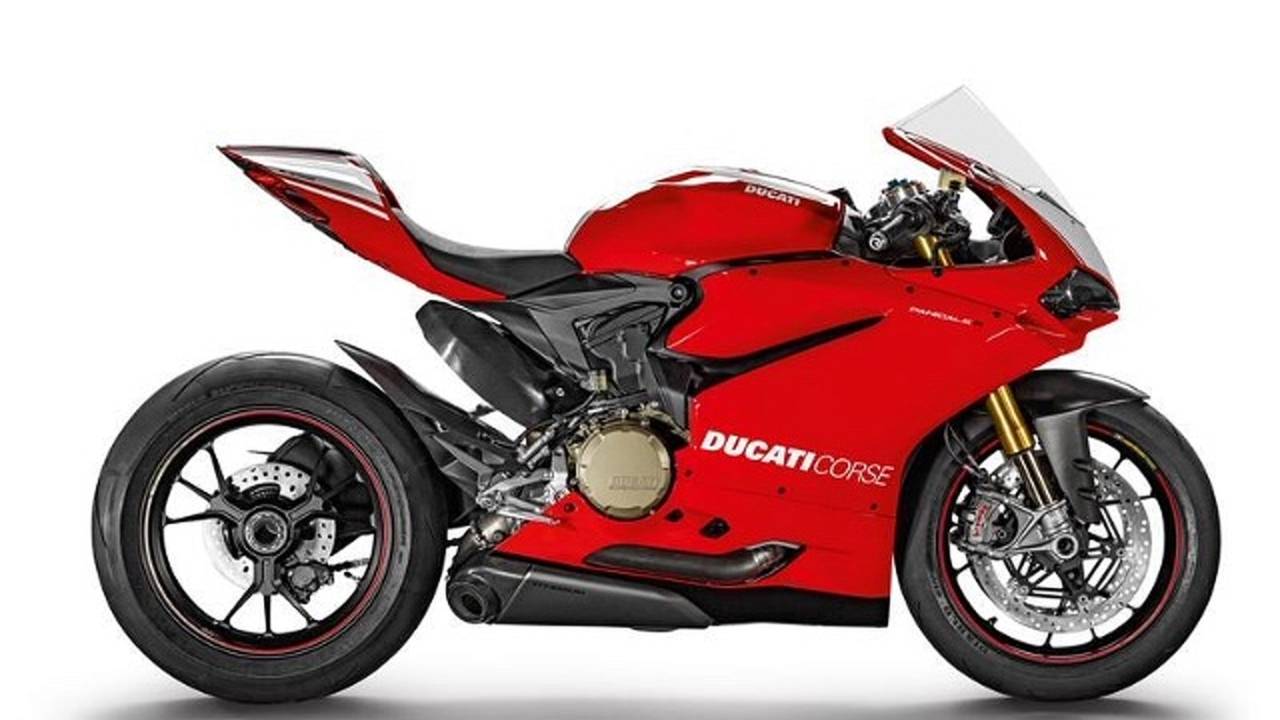 Ducati unveils their new line up at EICMA 2014.

Ducati kicked off EICMA 2014 with a roar - the company unveiled a limited edition Diavel (the Diavel Titanium), two new Monster upgrades (the 821 Stripe and 1200 Stripe) and officially introduced the eagerly anticipated Panigale 1299.

If the Scrambler is Ducati’s attempt to bring new, cost-savvy riders into the Ducatista fold, the Diavel Titanium is the brand’s attempt to keep the high-income riders happy. The Diavel Titanium will be the most expensive of the Diavel line, thanks to big-ticket features like titanium covers on the headlight and gas tank, as well as lots and lots of carbon fiber. The bike is powered by the Testastrella 162-hp engine featured on the other Diavel models. It’ll appeal to those who are looking for an exclusive ride; only 500 will be built. Pricing isn’t available at the moment, but with such a limited production, it’s going to be expensive.

There will be two additions to the Monster family – the Monster 821 Stripe and the Monster 1200 Stripe. As the name implies, there’s a new color scheme, and as the picture shows, it’s pretty sweet. The 821 Stripe is powered by the Testastretta 821cc engine, with a claimed 112 hp; the 1200 Stripe sports the 1198cc Testastretta 1198cc 11-degree Dual-Spark engine with a claimed 145 hp. The 821 Stripe is upgraded with a 43mm Kayaba inverted fork up front and a Sachs shock. The 1200 Stripe gets a 48mm Ohlins fork and Ohlins shock.

The big news, though, is the official introduction of the Panigale 1299 and Panigale 1299 S. To say that this is a serious bike for serious riders is a vast understatement. Ducati claims the 1285cc engine will produce 205 hp at 10,500 rpm, and just under 107 pound-feet of torque at 8,750 rpm. This increase in power is a result, according to Ducati, the result of increasing bore size to 116mm, rather than increasing the stroke. The bike’s dry weight is 367 lb. Both bikes utilize Brembo brakes, with Bosch Cornering ABS; the S version features an Ohlins electronically-managed semi-active suspension. The Cornering ABS system will allow riders to aggressively brake in the lean without worrying (too much) about going down. According to the manufacturers, the system’s sensors measure lean angle, brake force, and other factors that may cause the bike to stand when the rider pulls hard; brake force would be distributed accordingly between the two wheels, keeping the rider safe.