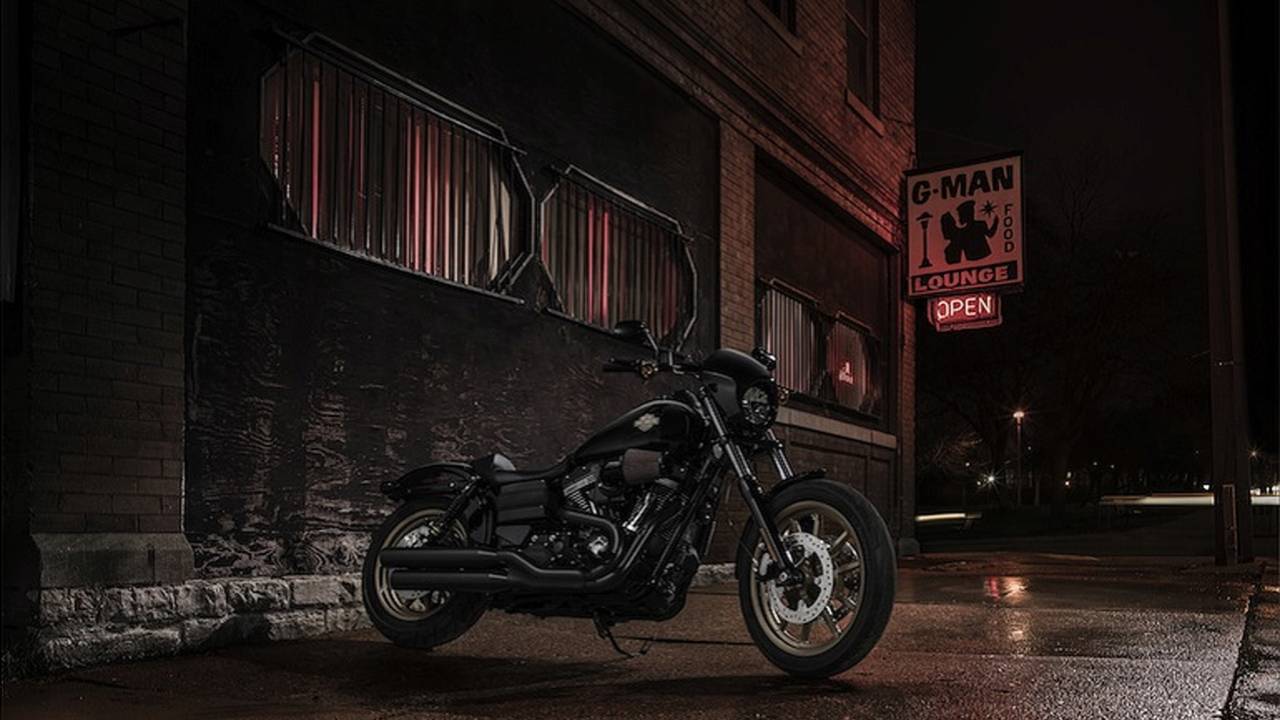 Harley-Davidson has pulled the cover off two new models: the Low Rider S, and the CVO Pro Street Breakout. Both will be powered by larger, more powerful engines than those found on most of the Milwaukee company's other offerings.

Industry observers have been predicting the slow demise of the Twin Cam 103 for a few years now, seeing a new powerplant as necessary to compete against the 111 cu.in. (1811cc) beast that powers Indian Motorcycle's big V-twins, such as the Chief Classic and Roadmaster.

The Twin Cam 110 has been present in Harley-Davidson's upmarket Custom Vehicle Operations (CVO) models for a while now, and it is likely to be phased into service on most of the company's models over the years to come.

The Low Rider S joins the Fat Boy S and Softail Slim S as the third non-CVO model to carry the Twin Cam 110. It has been styled in homage to the XLCR Café Racer of the 1970s, a bike that Harley-Davidson CEO Matt Levatich once described as "something everybody wishes they had bought."

Along with the larger engine, the Low Rider S receives a few other upgrades over the standard Low Rider, including better suspension, better brakes, and performance intake which Harley-Davidson calls –– we are not making this up –– the "Screamin' Eagle Heavy Breather."

Dual front discs with standard ABS will help provide the bike's whoa, while the Twin Cam 110 will deliver roughly 75-80 hp, depending on which dyno charts you look at. Harley-Davidson doesn't publish its own horsepower figures, but does claim some 115 ft. lbs. of torque at just 3,500 rpm.

Listed at $16,999 on Harley-Davidson's US website, the six-gear, solo-seat Low Rider S also comes with cruise control as standard. As the name suggests, the seat height is low: just 26.6 inches. It is available in any color you want, as long as the color you want is black.

Harley-Davidson's CVO program has long offered the highest quality bikes of which the company is capable. The new CVO Pro Street Breakout (or FXSER, for those of you who love Harley's lettering system) appears to be no exception.

The limited-production model is a study in tones more subtle than the shiny bling that dominated cruiser styling not too long ago. Harley-Davidson says it has gone to great pains to make this bike look good without looking gaudy.

"It’s a finish that looks really contemporary and exclusive but also kind of sinister," he said. "We’ve carefully placed Smoke Satin Chrome next to a black surface so it creates a layered effect."

Equipped with a slipper clutch, the motorcycle has ABS and cruise control as standard. It will also feature a new keyless start and security system. The CVO Pro Street Breakout is listed on on Harley-Davidson's website with a starting price of $25,699.