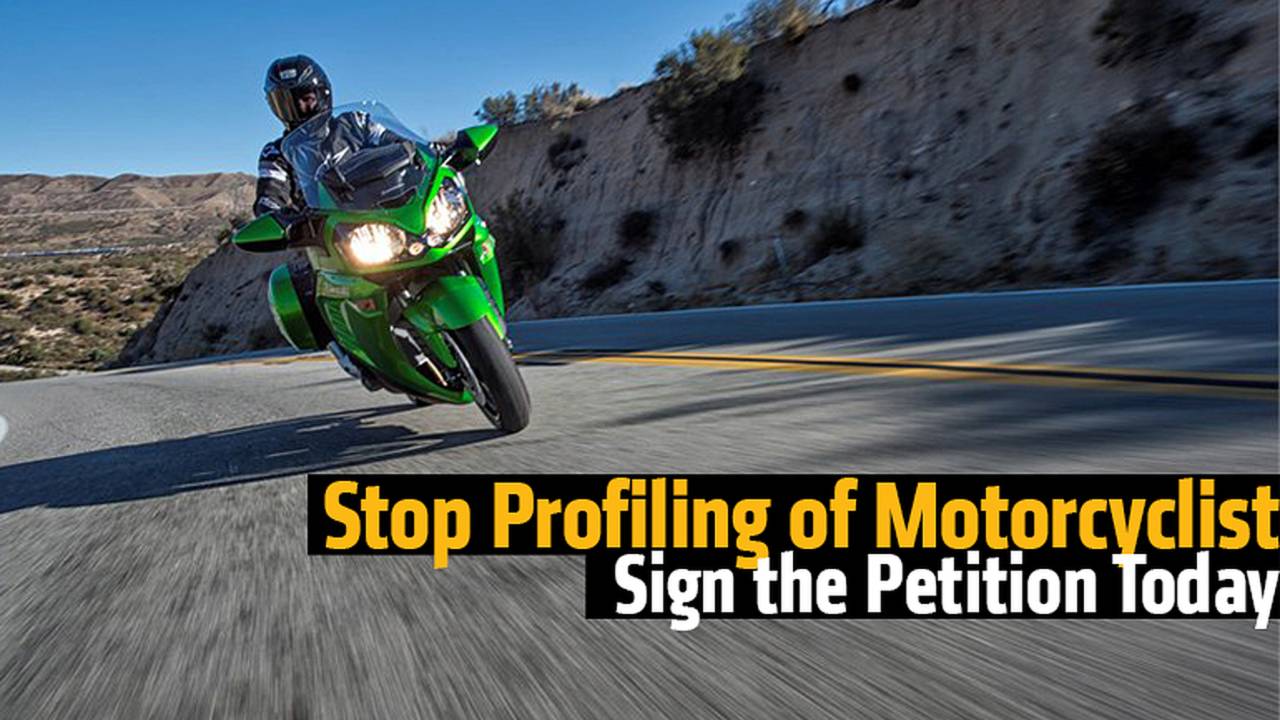 Stop Profiling of Motorcyclists - Sign the Petition Today More so in the last year we’ve heard news via social media and news outlets of...

More so in the last year we’ve heard news via social media and news outlets of motorcyclists being stopped for license and registration checks, randomly and with no obvious purpose. Only motorcyclist were being stopped, and we aren’t talking about DUI, roadside smog or registration check points, just being pulled over for no other reason than being on a motorcycle. Now there’s a petition in California that could end this. Sign it today.

It has primarily been a problem in New York, thanks in large part to the “Ride of the Century” dummies who tried to block a highway, got run over by a Land Rover; subsequently, the motorcyclists chased and beat the driver.

We're not condoning one action over another in that incident, but it did happen and the police department made some wild assumptions and leaps, asking officers to stop motorcyclists for license and registration checks for no given reason.

Before we reach another Biker Outlaw, you-meet-the-nicest-people-on-a-Honda stereotype that America experienced in the late-60s, the petition will hopefully put an end to this before it goes any further.

No one should ever be stopped, pulled over or checked, purely because of any identifying quality about them, whether it be race, sex, clothing, or what they choose to ride.

"Profiling of motorcycle riders’ means using the fact that a person rides a motorcycle or wears motorcycle paraphernalia as a factor, without any individualized suspicion of the particular person, in deciding to stop and question, take enforcement action, arrest, or search a person or vehicle, with or without legal basis under the California Constitution or the United States Constitution.”

This bill would require all local law enforcement agencies to adopt a written policy designed to prevent the profiling of motorcycle riders, as well as to review and audit existing policies to ensure their compliance,” according to the Change.org.

The bill won’t make big waves in law enforcement, but it will be a step in the right direction that could lead to big change. Right now, the issues are not overpowering for motorcyclists, but actions like these will stop it from ever reaching that level.

1,935 people have signed the petition as of when the story was written, but it needs 123,065 signatures to go into action. Thanks to our friends at Hot Bike Magazine for sharing the news.