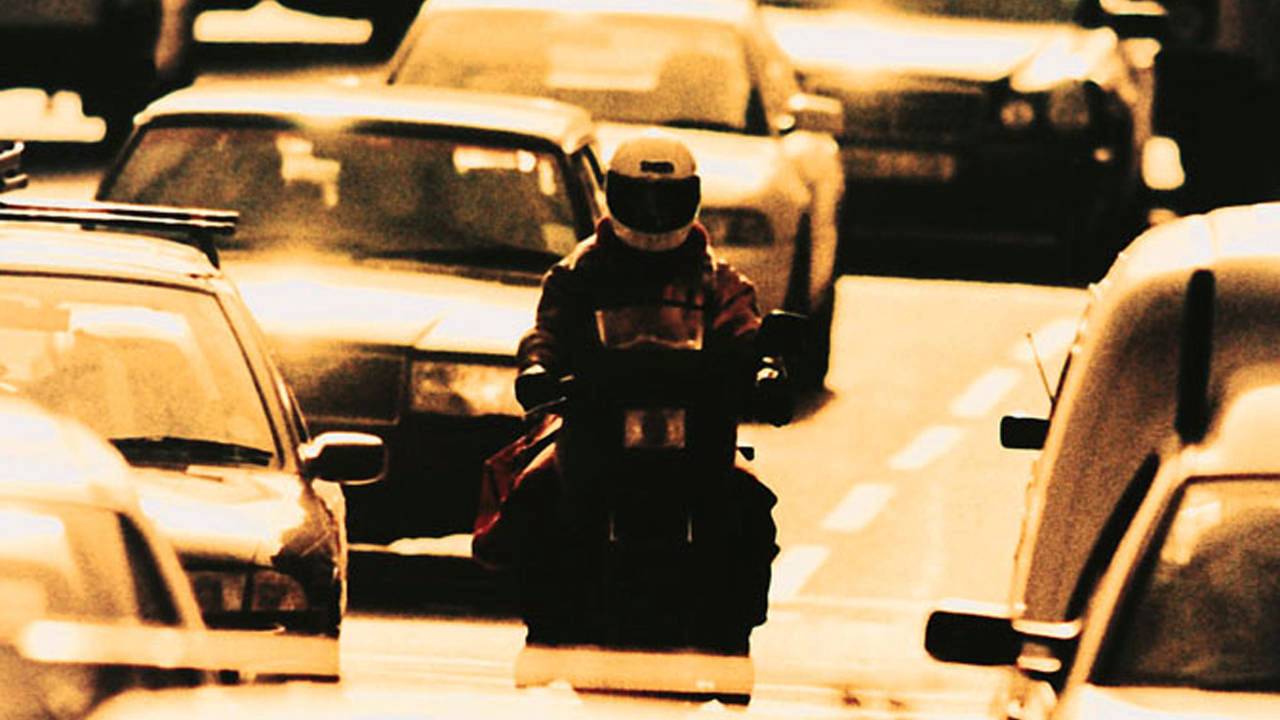 As covered in our previous coverage of AB236, the bill originally allowed for splitting up to 30 MPH, at not more than 10 MPH faster than surrounding traffic. The original bill and support, if passed, looked to be an excellent template for other states to follow. This new, extremely limited form is similar to Oregon lane splitting bills SB541 and HB3310 – both of which appear very unlikely to see any progress. Check out the amended text of AB236 below.

Key points from supporting testimony in the first session:

1. “Most of the world except the United States has lane splitting. It’s kind of a common practice throughout the western world.” – Ernie Adler

2. Adler stated that statistically speaking, we may save “as many as 100 lives per year” by moving the rider “out of the crash zone,” based on data from the UK. He also pointed out that between cars is a safer position for motorcyclists than behind – “even if somebody is changing lanes erratically.”

3. Both Daly and Adler added air cooling the rider to the old “lane splitting helps with air cooling” argument.

4. Las Vegas Metropolitan PD was again represented by Brian O’Callahan. LVPD is neutral on AB236, although the Nevada Highway Patrol has spoken negatively of the bill in the media – surprising, given the California Highway Patrols’s support of lane splitting.

Check out the footage of the first Senate hearing on AB236 for more info:

And here’s the where the amended AB236 passes the Transportation Committee in very limited form.

The progress of AB236 has been widely covered by the mainstream media. TV news shows are running news segments on AB236 and lane splitting, and SF Gate and many other online news outlets are picking up a stories on AB 236.

This article originally appeared on Lane Splitting is Legal and is reprinted here with permission. Visit LSiL for complete coverage of lane splitting legality.