Motorcycle Yoga is Apparently a Thing 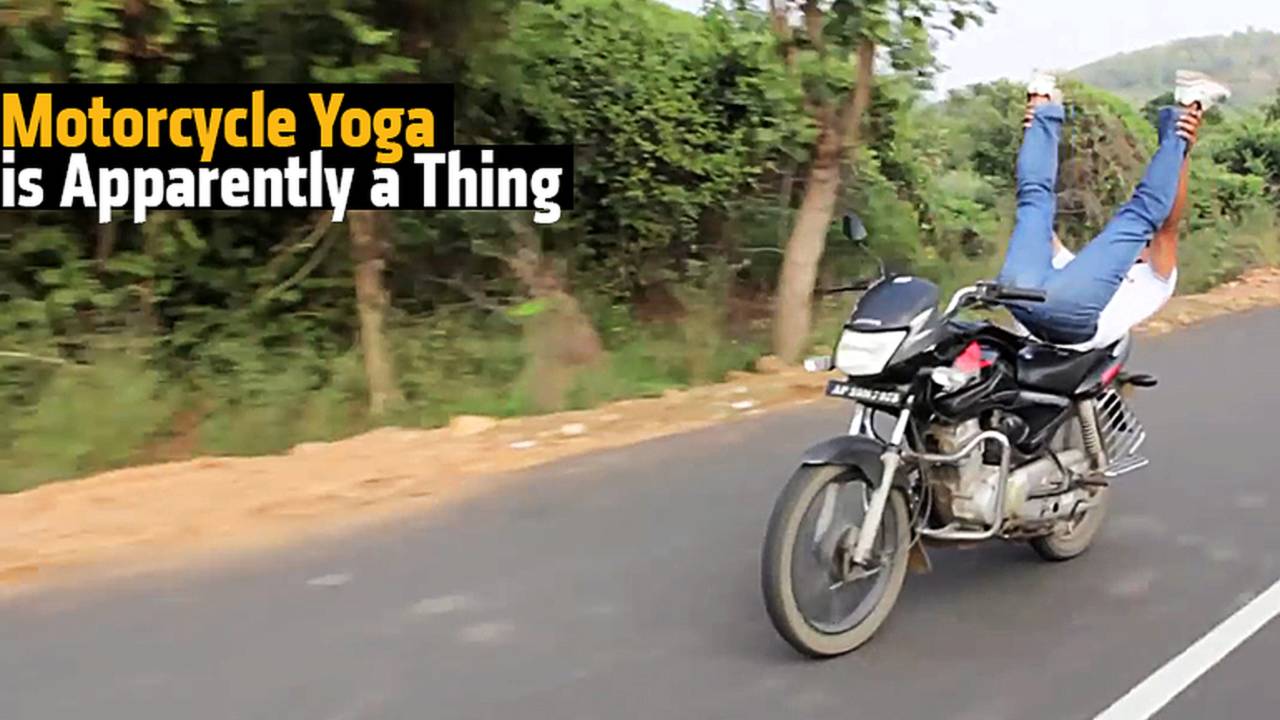 Motorcycle Yoga should not be a thing. Yet here we are.

Yoga is a form of exercise that can actually benefit riders: it helps with balance, sharpens mental awareness, and strengthens the core. Just, you know, as long as you don't do yoga while actually riding.

Yoga guru Gugulotu Lachiram certainly knows his poses. And he appears to be a capable motorcyclist. It's when he combines the two that we begin to question his judgment - indeed, his sanity.

Now, the obvious thing to point out is that this...

Lachiram admits that he was inspired by watching "people perform dangerous stunts on national television", which doesn't seem very guru-like. In the video, he states that he plans on performing for the next 10 to 15 years, which sounds really optimistic, all things considered. Honestly, I can't really call this guy a true Idiot of The Week, even though watching him makes me cringe. There's a saying, "to perform every action artfully is yoga", and there's definitely art in what he does. So namaste, Gugulotu. Just try not to kill anyone while you're doing Downward Facing Dog at 65 mph.