Yamaha Unveils 700cc Sport-Tourer, US to Miss Out 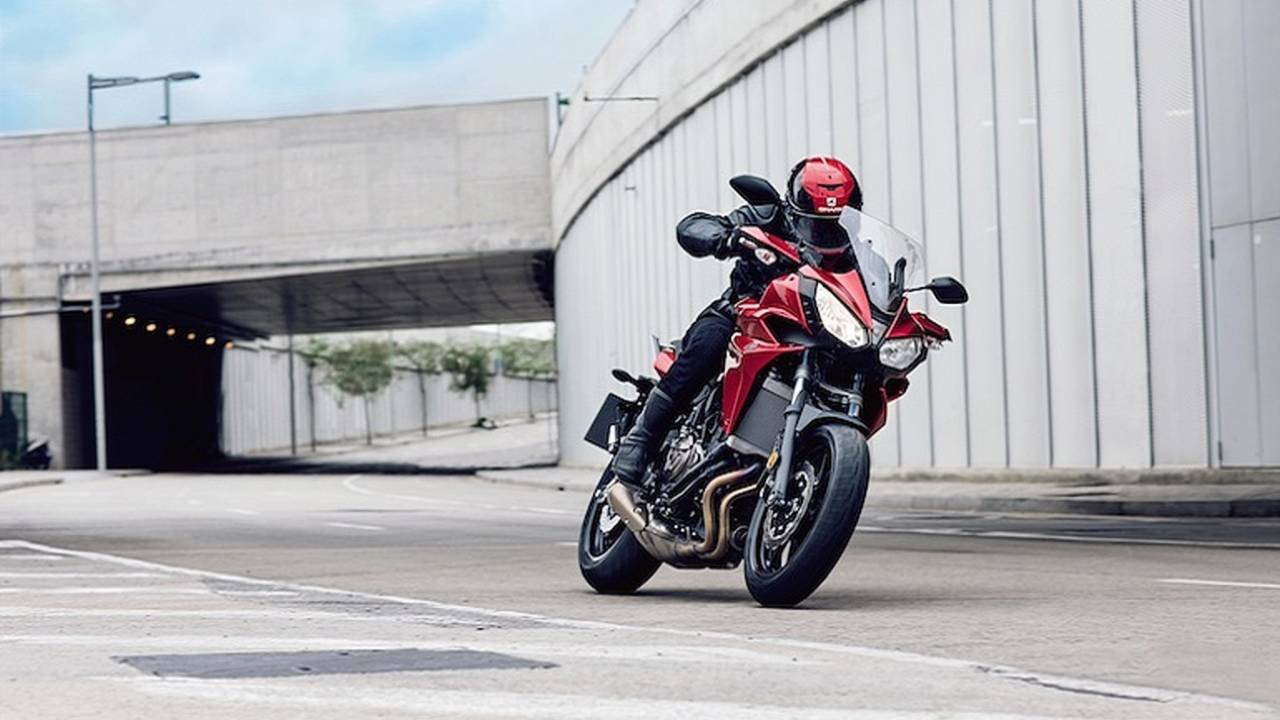 Yamaha Unveils 700cc Sport-Tourer, US to Miss OutYamaha has announced a new adventure-sport based on the FZ-07 (aka MT-07), but don't expect to get...

Yamaha has announced a new adventure-sport based on the FZ-07 (aka MT-07), but don't expect to get your hands on one if you live in the United States: the company is aiming this bike at the European market.

The new Tracer 700 will serve as a kind of sibling to the FJ-09 (known as the MT-09 Tracer elsewhere), borrowing from the same formula that has helped make the latter model one of the best selling in the European market. As with the FJ-09, the Tracer 700 will have adventure bike-inspired ergonomics, but Yamaha goes out of its way to stress that this is a sport tourer –– looping it in with the FJ-09 (which it is now apparently referring to as the Tracer 900) and the recently overhauled FJR1300.

Set to arrive in dealerships this July, the Tracer 700 is powered by the same 699cc twin that drives the FZ-07. Yamaha claims roughly 74 hp and 50 ft.-lbs. of torque, meaning the bike will probably be put to use by many as an all-rounder or commuter.

Equipped with a 17 liter (4.5 US gallons) tank and capable of taking the same kind of soft luggage available for the FJ-09, Yamaha seems to be hoping that people will see this model as more than just an everyday workhorse. The company insists the motorcycle will "help make new memories that will last a lifetime."

To reinforce that idea, Yamaha released a YouTube video that seems to imply a Tracer 700 will help salvage crumbling romantic relationships.

"Our 'Kando' philosophy is to create a range of motorcycles that will inspire, excite and make you smile on every ride," said Yamaha in one of its famously flowery media releases. "Throughout much of Europe motorcycling is experiencing something of a renaissance. More people are coming back to motorcycling, appreciating that powered two wheelers offer an affordable, accessible and exciting way to discover another world and live another life."

The Tracer 700 shares the same tubular steel frame as the FZ-07, but its chassis has been altered to include a 50mm longer swingarm, which Yamaha says gives the bike a slightly longer wheelbase to help live up to its long-distance ambitions.

Also to that purpose, wind-deflecting handguards will come standard on the Tracer 700. Along with the aforementioned soft panniers, a top box and taller screen will be available as accessories.

Unfortunately, it seems that -- as with the XSR700 and XJR1300 -- Yamaha feels Americans either don't want or don't deserve the Tracer 700. For the time being, at least, it is not being made available in the United States.