How Jaguar Land Rover's Autonomous Safety System May Save Your Life. 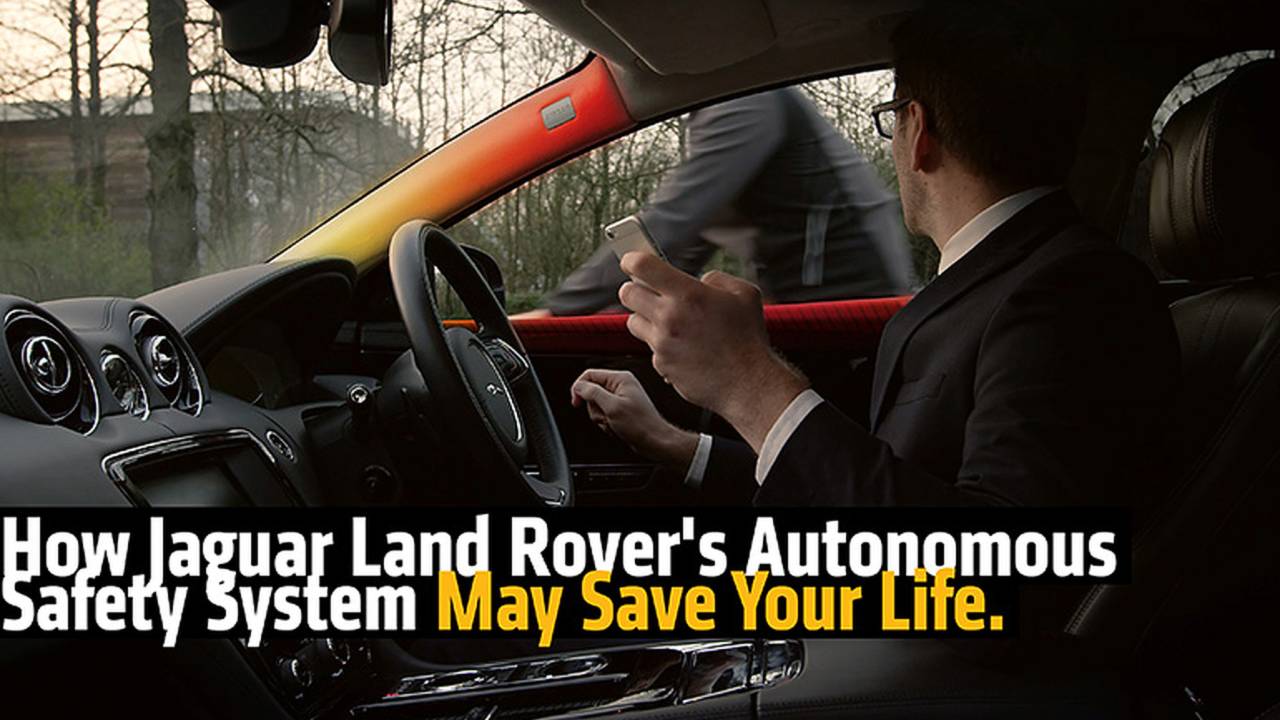 Jaguar Land Rover introduces another safety feature called "Bike Sense" that will alert a driver of an approaching bike.

The past few weeks there has been a flurry of activity from the Jaguar Land Rover brands as JLR has been busy trying to make the world a lot more secure from their drivers, one safety device at a time.

While it seems that a lot of the car companies are slowly turning towards technology concerns, JLR's tech has been awesome, albeit not for consumer consumption yet. From some amazing see-through A-Pillars to a sweet new HUD navigation system, JLR is cornering the market on in-car tech.

But this time around, the folks over at JLR have created a new technology that appeals to us two wheeled freaks.  Called "Bike Sense," JLR claims the system was designed to help mitigate the more than 19,000 yearly deaths or injuries on UK roads. Don't think too hard on that last statement as it's terrible statistic to live with, think about living forever with this great piece we recently wrote about how you will learn to really live on a bike instead.

We imagine the system is very complex to implement, but the idea is simple enough in its approach. If a bike is approaching while you attempt to open your door, the handle will buzz alerting any passenger in the vehicle. It'll also work when opening the door into another other vehicle.

While the car is moving, the vehicle will sense a bike or motorcycle approaching from the rear. From there, an armature from the seat will tap the driver on the shoulder to alert them on which side the vehicle is passing. JLR believes this will cause the driver to look in that direction and subsequently see the approaching vehicle. Ingenious or unnerving, you choose?

Bike Sense also uses different lights and specific sounds. It plays a bell or a motorcycle horn through a speaker nearest to where the vehicle is coming from so the driver knows where it is located. It does this instead of a generic warning "ding" or light. JLR says this reduces the time the drivers brain needs to process it.

This is where it starts to get disorienting. A series of lights glow as a hazard approaches, moving in the direction the vehicle is approaching. The system can intelligently prioritize each hazard in order of proximity in order to not overwhelm the driver. Bike Sense can also see hazards that the driver cannot. If the driver ignores the warnings and presses the accelerator, the pedal will vibrate to show there is a hazard ahead.

Call us crazy but "Bike Sense" seems, shall we say, a bit  distracting.

We love technology, we love being safer and, as riders, we LOVE the idea, but add this cacophony of the sense to a driving we think it may be a bit of overkill. In beta testing, we bet this worked wonderfully. Unfortunately, we need to see some real drivers reacting before we are sold on this tech.  Perhaps the folks at JLR can loan us a new Range Rover or a Jaguar F-Type to test the system out...