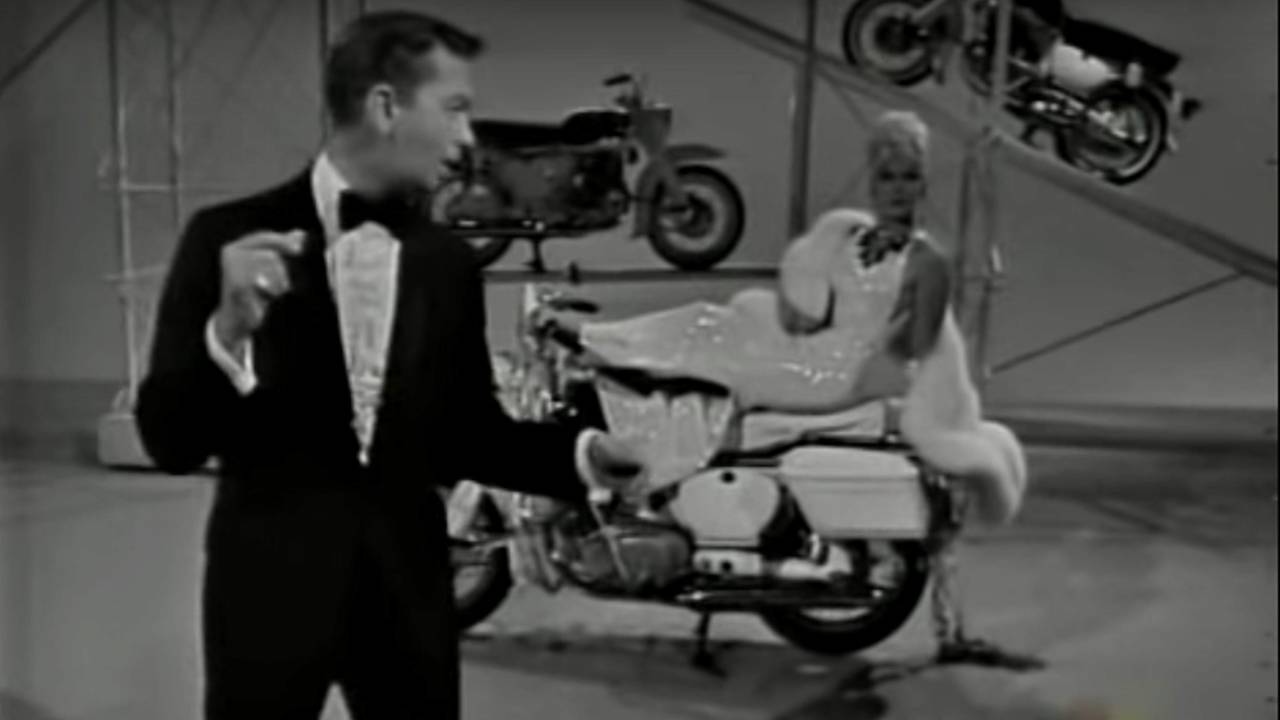 Film Vault: Motorcycles and the Velvet FogHey-hey, cats, look who it is: Judge Harry T. Stone’s idol, Mel Tormé. And for some reason he’s surrounded...

And for some reason he’s surrounded by dispassionate tall women on motorcycles. This clip comes from an appearance that the man known as the Velvet Fog made on the “Judy Garland Show” in 1963.

Judy was on a lot of drugs in those days, so perhaps the staging all made sense to her.

Our favorite member of the Sexy But Uninterested Chorus that supports Tormé in this number is the one sitting on what appears to be a BMW R60 (correct us if we’re wrong, classic bike buffs) at about the 1-minute mark. She looks like she’s being forced to do this at gunpoint. That twitching eyebrow of hers is communicating, “Help me,” in Morse code.

Meanwhile, despite his goofy dancing and the fact he looked like a cross between Harry Caray and Tim McGee from “NCIS,” Tormé was a swingin’ hip dude in his day. And you have to respect his skills at the very end of the song when he manages to hold a note while kicking a bike off its center stand, firing it up, knocking it into gear, and riding away. That’s true talent, y’all.

Tormé was perhaps most famous for his mastery of scat singing, a jazz style that’s fallen out of fashion in recent decades, but here he is in the 1970s holding his own with Ella Fitzgerald.

Tormé died in 1999, so if you’re in RideApart’s target demographic you may never have heard of the dude. But it’s a good bet you know the words to one of his songs. Tormé wrote “The Christmas Song.” That’s the one that starts with the lyrics: “Chestnuts roasting on an open fire…”