The 10 Track Day Questions Everyone Asks 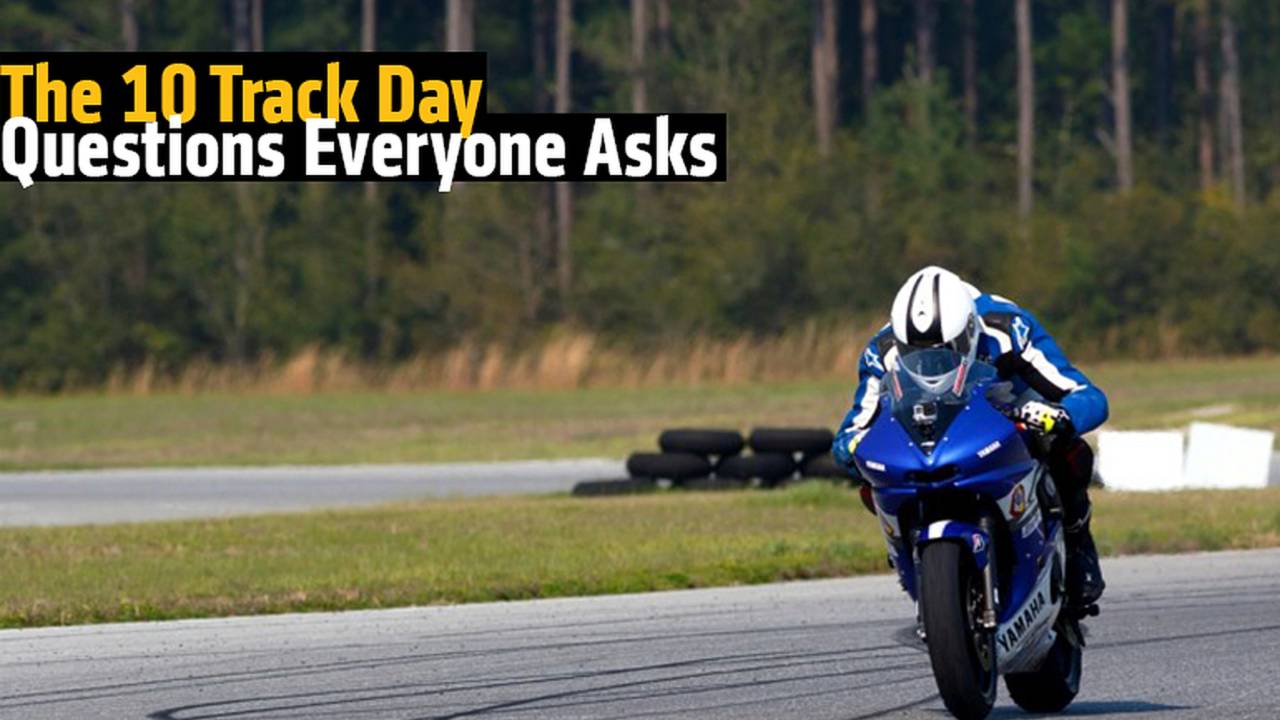 Telling your friends that you've gone to a track day seems simple enough. But explaining what that means can be a good deal more complicated.

"So what'd you do this weekend?"

After spending a day or two at the track, this becomes a surprisingly complicated question to answer. I'm not yet fast enough to go racing, so my weekends (or as likely weekdays) at the track are only for track days. They amount to skill and test sessions, for myself and my machine. Track days are not joy rides, for me. I'm there to learn about the track, the bike, and my riding technique. I'm there with a strategy to further polish my skills, until the speed and the budget come together to go racing.

But explaining all this to the uninitiated public, who already think that riding a motorcycle is crazy, can be a bit tricky. Here are the top ten questions I end up answering, after I say I've been at the track.

No, it was a track day. It's more like practice. I'm not fast enough to race, yet. It's a very rare rider who can go straight from riding on the street to being competitive (or safe, for that matter) in a race environment. I'm not one of those riders, so I stick to track days, for now.

To get better at riding. To hang out with my friends who share the same passion. And mostly, because it's an insane amount of fun!

Driftiing wide between the two apexes of Turn 1 at JenningsGP. Photo by Joseph Hansen, electriceyeimages.com

How do you keep from falling over?

Physics. Newton's first law would have my bike going in a straight line forever. When I force the bike to turn, that inertia pulls the mass of bike and rider toward the outside of the turn, meaning I have to lean to the inside to counteract that force. The faster I go, the more inertia I have, the more I have to lean. There is a maximum limit to the lean angle on my bike before the tires run out of sufficient surface area, which limits the speed I can carry through a corner. But it's that inertia that keeps me from falling to the ground.

How fast do you go?

Most of the time, I have no idea. I'm usually way too busy to look down, except for the occasional, fleeting glance at the tachometer. I can make an educated guess, based on the engine RPM and gear I'm in on the fastest straight, but really it varies by the track. Some tracks are so tight that I'll never see 5th gear. Some tracks I'll be topped out in 6th, which on my bike is somewhere north of 160 mph. But speed on the race track is more often measured in minutes and seconds, rather than miles per hour. And the real answer to your question? Not fast enough.

This is how to apex. GoPro capture by Pete Hitzeman

Isn't that scary? It looks scary.

Not really. I'm covered in thick leather and body armor, with a really good helmet, and boots and gloves. Most places, if I crash, I'll just slide a bit and maybe roll. Injuries at the track do happen, but they're surprisingly rare, and severe injuries are rarer still. I'm far more scared on my bicycle, where all I've got between me and pavement is a little lycra!

MUST READ:  How To Not Be A Noob At A Track Day | RideApart

That's not to say that I don't scare myself every once in awhile on the track. Occasionally I'll come steaming into a corner way too hot and just barely reel it back in time. Sometimes I'll try too hard for a good drive out of a corner and the bike will start to step out on me, the rear tire suddenly catching and causing the bike to buck violently underneath me. But those moments are fleeting, and it's imperative to put them behind you as soon as they happen, to get ready for the next corner.

Don't you get bored, just doing the same corners over and over again?

It's hard to get bored at triple-digit speeds with your knee on the ground! Honestly, trying to improve your lap times and technique is such a consuming challenge, mentally and physically, there's no possible way to get board. Riding on the track, even without racing, is intensely stimulating.

And how! Depending on the track surface and temperature, I'll go through 1 front and 1-2 rear tires in a weekend. Then there's gas (for the bike and the truck), lodging, food, oil changes, suspension servicing. And things get even more expensive if you have a crash. Parts aren't cheap, race parts are worse, and motorcycles have the unfortunate tendency to dangle some of the most expensive bits, like exhaust systems and brake master cylinders, right out in the open, just begging to get smashed. So yes, it's expensive. But it's also worth it!

A hot tire is a happy tire! Photo by Pete Hitzeman

Are those tires trashed?

Not really. The temperatures generated by the constant acceleration, braking and cornering at the track are much higher than anything you'll see on the street. The result is that your tires, even if they're a street compound, will become very soft, and the rubber will ball up. So long as the tire is still working (i.e. providing adequate traction), it's not trashed. Now, there are certain wear patterns indicative of suspension or tire pressure problems, but that's a topic for a whole other article.

Do you think I'm fast enough to go to the track?

While the track is not a place to go slow, there is certainly no minimum speed. The requirement to get on track in the Novice group at most track days is only that you have a motorcycle in good repair, and an adequate grasp on the basic operation of your motorcycle. If you can accelerate, shift, and brake safely and without much hesitation, you're good enough to get on the track and start practicing. And trust me, by the end of your first track day, you'll be doing all of those things a lot better.

You can, but it's no substitute for track time, in terms of rider education. The track has the advantages of a controlled environment, clean pavement, no cars, and clear runoff. And unlike the road, you'll repeat the same dozen or so corners fifty times in a day, allowing you to reinforce the lessons each one can teach you. You'll spend less time worrying, and more time concentrating, which makes for a much better learning environment. The difference between riding your local twisty rural roads and riding at the track is like the difference between playing catch in the back yard, and attending a training camp. You're going to improve far more at the latter.

MUST READ:  Track Day: Are You As Ready As Your Bike? | RideApart