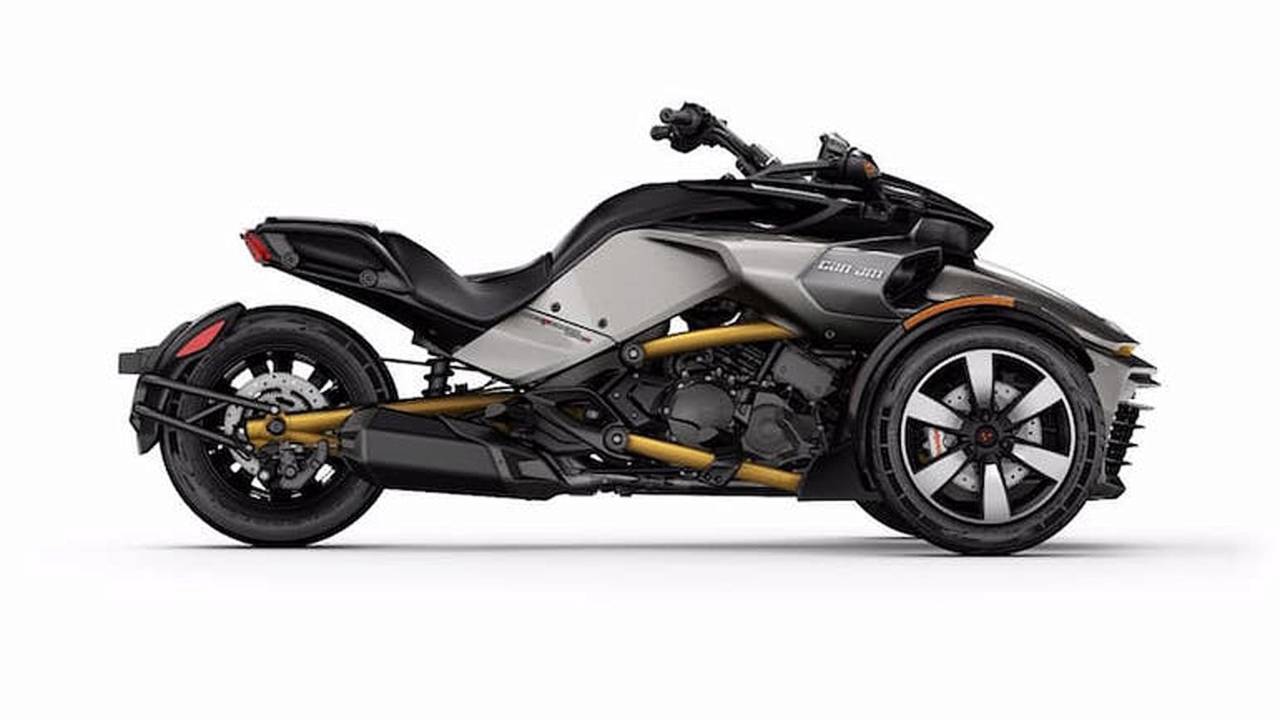 Can-Am has revealed its new Can-Am Spyder F3-S with SPORT Mode, a feature that will allow the three-wheel motorcycle (?) to drift.

This new model will not come as a surprise to RideApart readers who remember Can-Am’s NASCAR-inspired concept model from earlier this year. That vehicle was first to introduce the idea of a Spyder that allowed riders to perform tire spins. The new F3-S looks quite similar to that concept machine, and a limited edition Daytona 500 model adheres even more faithfully to the original.

Perhaps unfortunately, the new F3-S will not deliver the same 150 hp and 137 lb.-ft. of torque as that concept. But Can-Am’s official stats suggest a still-decent 115 hp and 96 lb.-ft.

SPORT Mode allows the driver to perform “controlled rear tire spins,” while maintaining vehicle stability. SPORT Mode is activated by the driver, and effectively deactivates the vehicle’s traction control. However, other features – namely the Vehicle Stability System – are designed to keep things from getting too out of hand, helping to protect the rider/driver from a rollover situation.

Once the target of derision among some motorcyclists, various Can-Am Spyder models have proven to be immensely popular in North America. In 2015, BRP achieved a sales milestone of 100,000 units sold since the Spyder's debut in 2008. And we’ll admit that there’s something particularly – dare we say it – cool about the look of the new F3-S.

The new model is set to retail starting at US $21,249 and will be in dealerships this August.