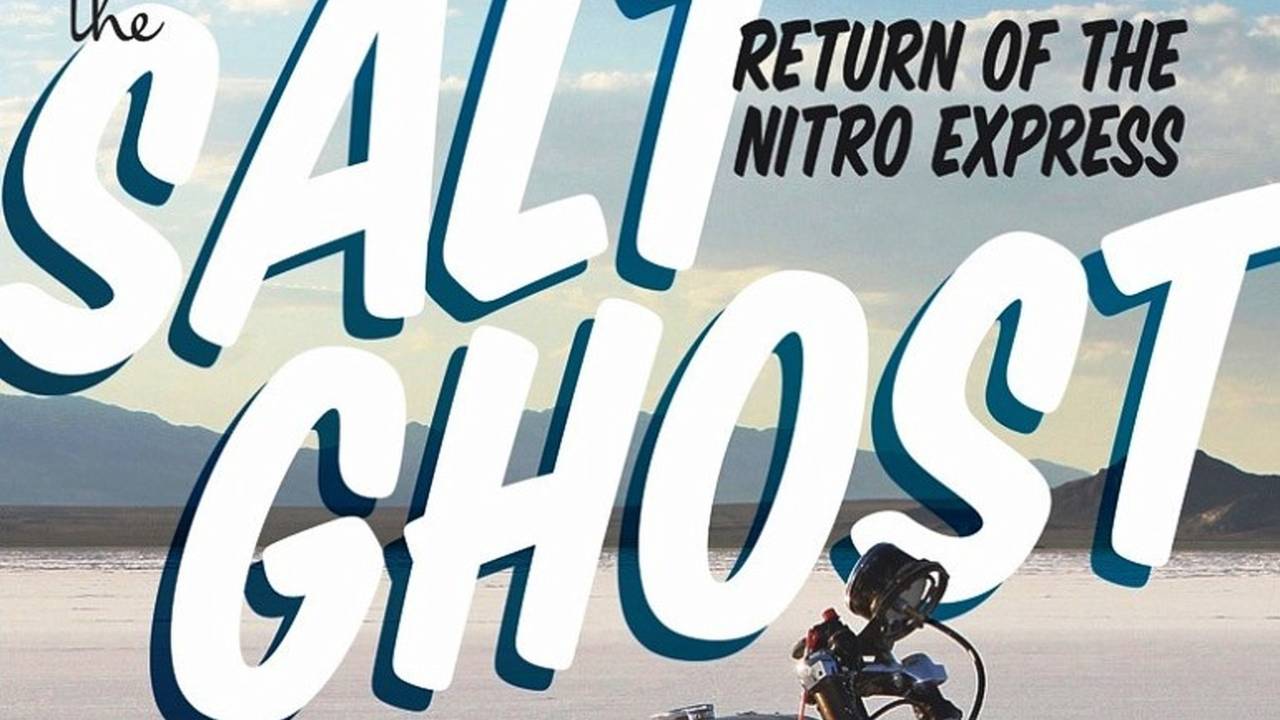 Hit the salt with this fantastic documentary.

The Salt Ghost is the name given to a beat-up but beautiful Triumph 650 land speed racer, and the resurrection of the bike is the subject of this documentary. If you are at all interested in racing on the salt flats or dry lakes you should check it out, because there are very few movies out there that deal with the subject at all, let alone accurately.

I started out hate watching this movie due to the look of the guys involved, Wes White of 4 Aces Cycle Supply and Tyler Malinky of Lowbrow Customs. Not that they or their shops are bad guys, but I had the impression they were all hat and no cattle, as the saying goes.

The story starts with them bringing home an old Triumph that had a history of land speed racing, complete with a box of trophies and time slips. This bike had been built back in the day with parts from various year Triumphs, and run on the salt from the late 1960s until the early 1980s. My dander was really up when it became apparent they were more interested in preserving the patina than making it faster, or safer.

In the end though, they strike a balance, with just enough new parts to make it legal and safe at speed.

If all this movie was was hip guys oohing and ahhing over an old bike, I wouldn't be recommending it, but it is much more than that.

Thanks to the box of stuff that came with it, Wes is able to track down some old timers who knew the builder, Theo Orzen. In racing circles below the top few levels, there are always a ton of stories to be told that seldom see the light of day. Hearing these mythic oral histories now really is a treat, and it makes you realize that maybe you should have shut up and listened when your grandpa was talking.

It is in talking to with these gentlemen that they learn Theo was one of those brilliant but undisciplined speed freaks that might have been faster if he could have just stopped tinkering with things and refined it. I think we can all relate to that.

The last third of the film deals with the difficulties of running at Bonneville. Of course, there are unforeseen issues, and near catastrophes, and none of them feel like the manufactured drama you often get from reality TV.

It is hard to imagine how hard it is to go 120+ mph on the wide open salt flats, when you can easily do that in seconds on any modern sport bike on nearly any stretch of road. Between the modern aerodynamics of sport bike fairings, and their huge power, all it takes is a twist of a wrist. Going that fast on a hot-rod, air-cooled, 1940s-design British twin takes a lot more effort and skill.

I'm going to leave things there, because I don't want to give away the ending, but it is worth a watch, especially if you ever plan on running on the salt.

RideApart Worth Watching:  Yes, 8 out of 10. Only an hour long and it will inspire you to get back out in the garage and start wrenching.

Redeeming Quality: The only other notable film about land speed racing at this level is World's Fastest Indian, which is actually a better movie, but the Salt Ghost is right up there with it. Land speed racers are a tight-knit community. There is not a lot of money to be made, or a lot of fame and glory, so you only do it to prove yourself. Anyone can go fast on a brand new fast bike, but it takes real skills to build an old bike that can be fast.

Worth Noting: Land speed racing takes place at El Mirage dry lake bed, about 100 miles from Los Angeles, six times a year. Admission is practically free (you have to pay the parks department or someone) and you can go and hear dozens of stories and see tons of bikes and cars, all interesting in their own way.

Bonneville takes place two weeks out of the year in August and September. Due to poor weather and deteriorating surface of the salt flat they have had to cancel the past two years, but 2016 is a go. You can find out more about both venues, including classes and schedules at the SCTA-BNI site