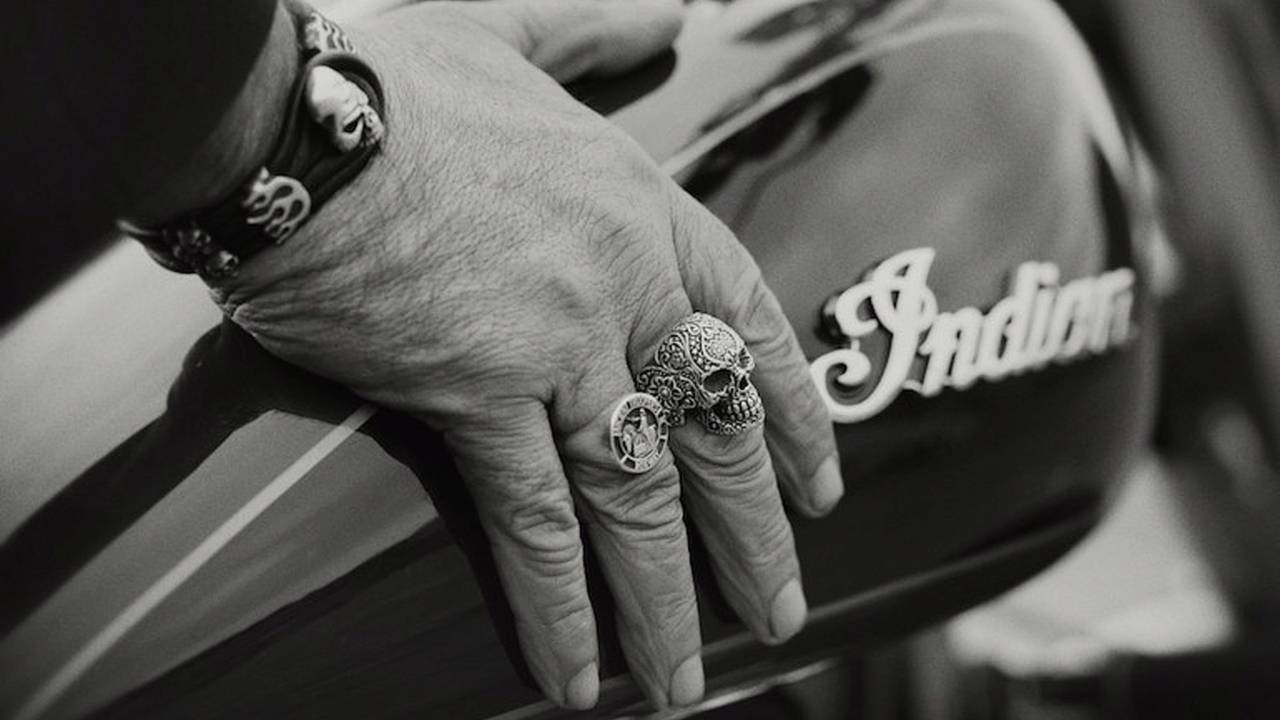 Musicians Rock the Indian ChiefWith 50 years in the music business, Gil Edwards and his band, “The Vintage Chiefs,” are celebrating by riding Indian...

With 50 years in the music business, Gil Edwards and his band, “The Vintage Chiefs,” are celebrating by riding Indian Chiefs between gigs.

Naturally the Norway-based band has chosen summertime as the most appropriate time for rockin’ the continent on two wheels.

What kind of music do they play? (Both kinds: country and western –Ed.)

“It’s roadhouse style,” says Gil. “It’s the kind of music that I grew up with."

Born in the USA (Medford, Oregon), Gil’s dad owned a four-cylinder Indian and whenever his Harley-riding uncle came over to visit, discussions filled the room about which bike was the best.

“The Indian-logo actually is the first logo that I can remember,” reflects Gil. “My dad used to joke that I was ‘made’ on an Indian; I’m 25 percent Cherokee and 100 percent Indian.”

For his 10th birthday his dad gave him a hound dog, but Gil wasn’t fond of hunting, so he traded the dog for his first guitar and three years later joined his first band. That was 50 years ago.

His first bike was a 200cc Triumph Tiger Cub, which was followed by a BSA Victor before he went on to the heavy American steel.

“Nothing beats a big American V-twin,” says Gil. (It should be noted that his band was previously known as Gil and The Knuckleheads.)

Edwards signed on as a bass player with a Norwegian band 35 years ago.

“I had never been to Europe, so I saw this as a great opportunity,” says Gil, who first thought that he would only be there for a few months, maybe a year.

But now he’s still in Ålesund, Norway. The band tours widely in Scandinavia and has a strong fan base in Germany.

“I have just finished recording an album in Germany called Celebration,” he said.

Gil bought an Indian Chief Vintage earlier this year and decided it would be an ideal way to get to gigs.

“I truly was amazed and I love it,” he beams. “The engine has the most impressive torque and you can ride comfortably over longest distances. When I ride it in on twisty roads, I don’t feel like I have to slow down for the corners, but instead I can push it in a bit more and twist the throttle. So, the Harley-Davidson I had is for sale now."