Are more variants of the Ducati Scrambler on the way?

Ducati has submitted six 2017 Scrambler models with the California Air Resources Board for approval. But whether they have added variations on the theme remains uncertain - at least until the line is displayed at the EICMA show in Milan.

But the model designations and specs do invite some speculation. In addition to the standard Scrambler model, the CARB document lists five more; CR, CR/T, DS, DS/T and T. It's possible the letter designations may well correspond with the 2016 roster of the Urban Enduro, Full Throttle, Icon, Classic, and Flat Track Pro. But maybe not; certainly the numbers don't seem to add up. 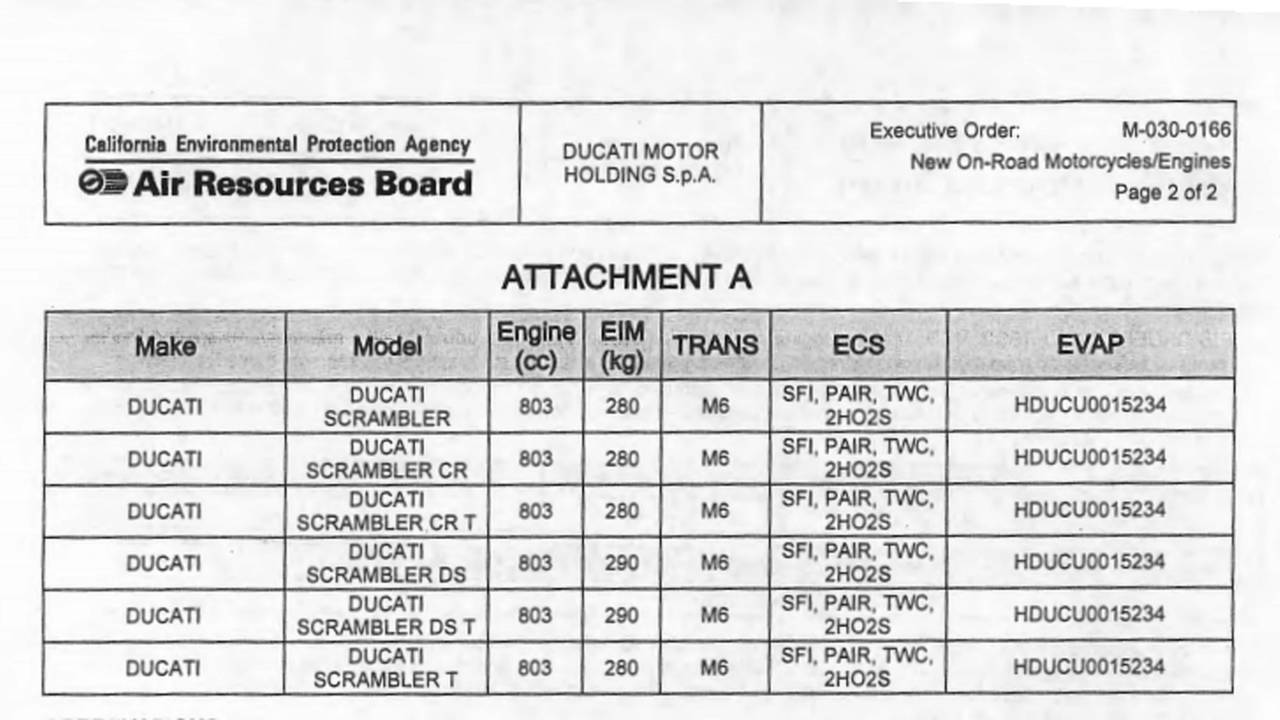 Theories abound, rumors are mongering, and the interweb is rife with random scuttlebutt. One notion designates the DS/T as the Donald Speculator/Trump, available only in Flaming Baboon Orange. Or that the T simply stands for Trump, allegedly a 250-horsepower 1500cc V-4 making 385 lb-ft of torque. Said to be deplorably fast, the T will be poised to punch all other brands in the face.

In fact, the DS and the DS/T are listed at 290 kg, 22 pounds heavier than the other four models. Some have opined that this is merely the designation for the new dual-sport model, while others contend that it indicates a larger fuel tank in the shape of a beer gut, in honor of you-know-whom.

Interestingly, the CARB chart’s weight specs are itemized in a column headed EIM, which stands for Equivalent Inertia Mass. Without getting too scientific, this term applies to something called the Polar Bear of Inertia.

From Wikipedia: “Inertial mass is found by applying a known net force to an unknown mass, measuring the resulting acceleration, and applying Newton's Second Law, m = F/a. This gives an accurate value for mass, limited only by the accuracy of the measurements. When astronauts need to be measured in the weightlessness of free fall, they actually find their inertial mass in a special chair called a body mass measurement device (BMMD).”

What does all this have to do with the new Ducati Speculator? Very little.

In any case, this is all just speculation. What do you think the letters stand for? And what variants of the Ducati Scrambler would you like to see?