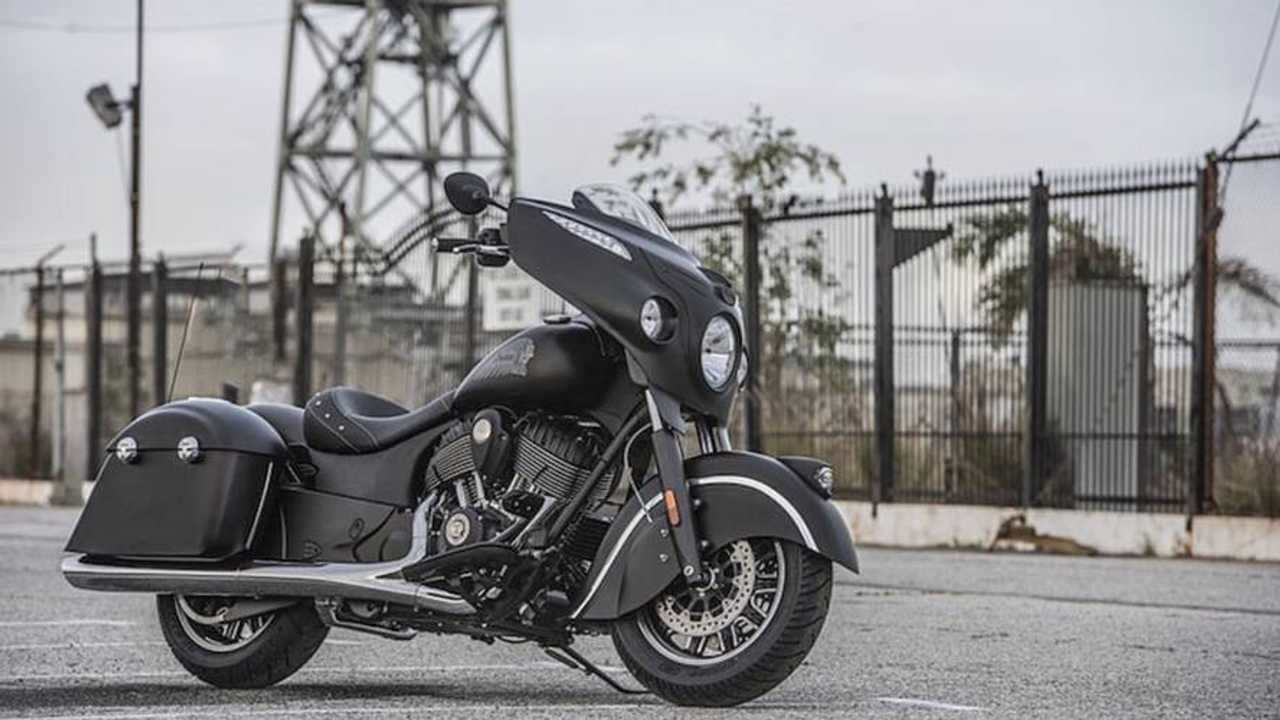 Is Indian Motorcycle on the verge of expanding beyond the cruiser world?

OK, I think it’s getting to be late enough in the year we can accept that the rumor about a production-version of the Victory Project 156 bike was/is probably hooey.

Back in March, British motorcycling newspaper Motor Cycle News claimed a road version of the Pikes Peak-climbing beast “could be revealed later this year.” And – being the blindly hopeful Indian/Victory (Indian Motorcycle and Victory Motorcycles are owned by Polaris Industries) fanboy I am – I dutifully repeated said rumor here on RideApart.

To my credit, I was skeptical at the time and said as much. I simply can’t see Indian or Victory ever choosing to deliver a true sportbike or supernaked. The popularity of the former has decreased dramatically around the world in recent years, and was never that strong in the United States in the first place. Meanwhile, although it’s true the latter genre is growing in popularity (both in Trumpistan and Europe), the market’s expectations for what such a bike should be – e.g., techno-wizardry it should involve – make it an incredibly difficult game to get into.

One does not simply walk into the supernaked genre. It costs A LOT of money in development, and Polaris has always been open about the fact the bottom line plays a big role in its decision-making. That’s probably even more true at the moment. So, don’t expect the Minnesota-based company to be taking any big two-wheeled gambles anytime soon.

And yet… and yet…

Something I spotted at EICMA earlier this month has my head spinning with thoughts of what might, maybe, could be. To get to the possible significance of that thing, let me first remind you of what we did not see at EICMA:

We did not see any new products. Nothing was launched; nothing was teased. Whereas last year’s EICMA saw the unveiling of the Indian Scout Sixty and the powerplant that would ultimately serve as the heart of the Victory Octane, this year’s offering was subdued. Victory didn’t even show up.

I’m worried about Victory, y’all. But that’s something to ponder at a later date.

Point is: 2016 was a quiet year for Polaris as far as European shows are concerned. So, one would not have expected to see Gary Gray, product director of motorcycles for Polaris, standing in line for hamburgers at the Fiera Milano convention center. Nor would one have expected to see Lead Industrial Designer Mike Song (the man behind the Victory Octane and the Victory Core concept, among other things) there with him.

But there they were: two dudes who are pretty high up in Polaris’ motorcycle infrastructure, wandering the EICMA floor. Along with several other Polaris employees.

Why? I asked Gray that question when I caught up with him.

“Well, I haven’t really had a chance to look at the bikes in person,” he said. “This is an opportunity to do that.”

At first I thought he was referring to Indian’s bikes, which was an answer that would have made no sense; he’s played a major role in the development of Indian’s line-up. Then I realized he meant the bikes of the competition; after all, a show like EICMA is a great way to get a broad sense of the industry.

But, if you think about it, that answer doesn’t make much sense, either. Flights from Minnesota to Milan aren’t cheap. Not to mention the fact the Minneapolis Motorcycle Show that takes place early next year also provides a pretty good snapshot of the moto industry.

Perhaps reading the disbelief on my face, Gray offered another reason for his presence.

“It’s also an opportunity to meet with some of our suppliers,” he said. “Everybody’s in one place.”

And that’s where things get interesting. A little while later I saw Gray and Song exchanging hearty handshakes with a crew of representatives for a supplier that, to my knowledge, does not presently supply products for Indian or Victory. A supplier I would not normally associate with cruiser motorcycles.

In addition to this, I had a few roundabout, off-the-record conversations with other folks, which led me to believe something very exciting is coming soon. Well, relatively soon. If things are just at the meeting-with-suppliers stage now it’s unlikely we’ll see the fruits of that effort in 2017. Maybe not even in 2018. But I feel like it’s going to be big, whenever it happens.

The question is: What will it be? My guess: Whatever it is will wear an Indian badge. That’s where the money is.

There’s also money in giving the customer what he or she wants. Polaris are fully aware of riders’ desire for a not-cruiser from a major US manufacturer, but, as I say, a supersport or supernaked is out of the question. To me it would make far more sense to deliver a fast, but heritage-focused roadster – something along the lines of a BMW R nineT, a Triumph Thruxton, or the new Honda CB1100RS.

Will Indian actually do that? No clue. I’m grasping at straws here, y'all. But lack of solid information can't stop a boy from dreaming.

What would you hope to see coming from America’s first motorcycle company?