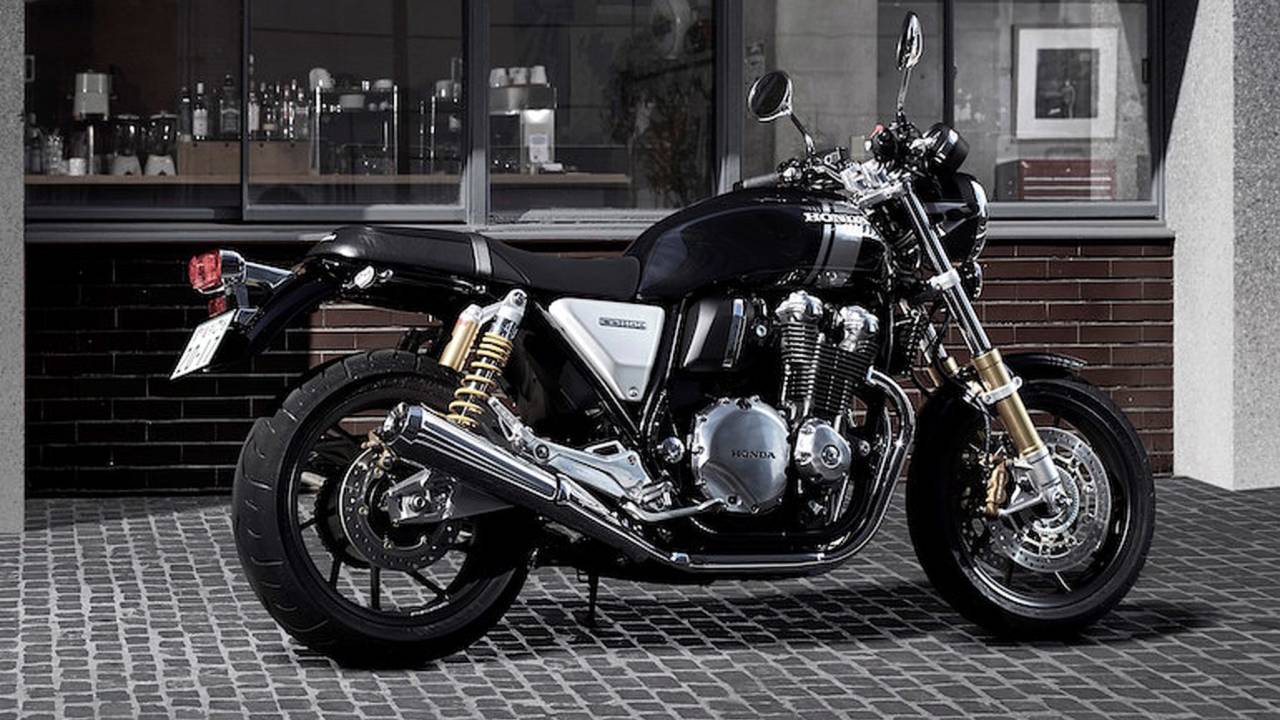 A closer look at the retro-styled Honda CB1100 RS.

One of the sleeper hits of Intermot 2016 was the Honda CB1100 RS – a sportier, sexier version of the retro-styled CB1100 that’s been around since 2013. But you wouldn’t have known that from Honda’s attitude toward it. At the press conference, Honda showed journalists a charming – perhaps overly saccharine – video telling the story of multiple generations uniting around two wheels. And that was pretty much it.

The CB1100 RS and revamped CB1100 EX were mentioned and seemingly placed aside in more or less a single breath. Big Red was far more eager to unveil the new CBR1000RR SP Fireblade amid a seizure-inducing spin of flashing lights, ear-splitting music, and some impressive pyrotechnics. The official press release that showed up in my inbox after the event offered just two paragraphs on the CB1100 models as well.

My guess is that Honda is keeping its expectations low for the new CB1100 RS in light of the lukewarm reception the CB1100 received three years ago. After being unveiled amid a lot of fanfare, the actual bike left some reviewers and customers feeling flat. RideApart rated it highly, but many other mo-jos felt the CB1100 was a little too Honda perfect, despite the bike’s air/oil-cooled 1140cc inline four having been deliberately tweaked to give a slightly rougher, more old-school feel.

The CB1100’s undergone a handful of quiet updates since then, including different tank, different seat, and the addition of a sixth gear. But it still doesn’t seem to have fired the imagination and opened the wallets of enthusiasts in the same way as, say, the Triumph Bonneville T120, or BMW R nineT.

Having seen the CB1100 RS in person, and having instantly fallen in love with its looks, I’m optimistic Honda may have finally gotten things right in this genre. I’m really eager to get a chance to ride the bike, so, to whet my appetite I thought I’d gather up as much information about it as I could find.

The 2017 Honda CB1100 RS is cool and has so much potential. Can you tell we dig it here at RideApart?

The story of the CB1100 RS starts almost 70 years ago, when the twin-cylinder CB92 Benly was introduced in 1959. The CB series was born and has maintained a place in Honda’s line-up, and the hearts of Honda fans, ever since.

The CB1100 draws its inspiration from the fabled CB750 of the 1960s and 70s. That lived on in various guises until 2003, and almost as soon as it was gone it seems Honda was pining for the bike’s heyday. The CB1100 floated around as a concept for a number of years before finally going into production in Japan in 2010, where it was a hit.

Hopefully the CB1100 RS will be a hit so Honda will bring more of these CB concepts to production.

“As with past CBs, we understand the timeless pleasure that our customers get from owning and riding an air-cooled inline four-cylinder motorcycle,” said Mitsunobu Imada, who designed the first generation CB1100’s frame, and served as Large Project Leader on the CB1100 RS. “With we hope many riders get to appreciate and understand a very traditional motorcycle structure.”

The bike was instantly a personal favorite of Takanobu Ito, the CEO of Honda Motor Co. from 2009 to 2015, serving as his daily commuter. One suspects he may have played a role in pushing the bike from concept to reality, and in seeing it expand to markets outside Japan in 2013.

Honda seems to have got the right mix of old school cool and new tech when it created the CB1100 RS.

Perhaps he also helped keep the concept alive, as an almost immediate refresh of the bike in 2014 suggests it didn’t quite catch on as well as Honda had hoped. Hot on the heels of that refresh came the tweaked-just-enough-for-aficionados-to-notice CB1100 DLX; Europe got the spoke-wheeled CB1100 EX.

For 2017, Honda’s rolling out an updated version of the CB1100 EX, which is equipped with a better suspension, improved exhaust, a slipper clutch, and LED lighting. But the CB1100 RS is what grabs your attention first.

It may look like a traditional headlight, but it is not. The CB1100 RS  is chock full of brilliant LED goodness.

Built on the CB1100 platform, the RS is, admittedly, not very sporty by Honda standards. The new CBR1000RR SP Fireblade, for example, is said to produce upward of 190 hp at peak –– some 100 horses more than the 89 hp delivered by the CB1100 RS. But, of course, 89 hp is still enough to get your license taken away and obviously this moto is about more than mind-melting performance.

Honda takes great pride in its craftsmanship, for instance, a big deal was made of the fact that the new fuel tank is made without seam welds. Analogue dials help to mask the bike’s modernity; its fat Inline-Four gives it the stature of an old-school bruiser. Quality touches are to be found everywhere; an aluminium chain guard replaces the previous plastic design. Adjustable Showa suspension improves handling, and the presence of 17-inch cast aluminum wheels means you can fit quality tires, rather than the bias ply stuff you normally get stuck with on retro bikes.

Those trick 17-inch wheels mean you can use quality sport tires on the RS. Trackday sleeper anyone?

Honda says the sportier wheels also produce a 3-percent increase in acceleration. The CB1100 RS features tighter steering geometry than the standard CB1100, with a rake and trail of 26 degrees/99 mm and wheelbase of 1485 mm (as opposed to 27 degrees/114 mm/ 1490mm) to give faster steering and more responsive handling. The ergonomics of the bike are a little sportier, as well, but seating is still pretty upright. Again: don’t expect to outgun any modern sportbikes; the CB1100 RS weighs in at 252 kg (555 lbs.) wet. But we venture to bet it will handle well for a bike of this size.

Even on a retro bike, you can't escape the modern rider assist sytems, so ABS is standard equipment here. A seat height of 795 mm (31.3 inches) means most folks will be able to get feet flat on the ground too. Honda says the 16.8-liter (4.4 US gallons) tank should deliver upward of 186 miles of range – that’s about 42 miles per gallon, which is very-much Honda.

The bike’s side panels are pressed aluminum and the streamlined seat performs the trick of simultaneously looking sporty and old-school comfy. The LED tail light isn’t really to my liking but at that point I’m really grasping at straws to find a complaint.

The Honda CB1100 RS looks inviting to us. It says "Come on, let's ride. Every little thing, is gonna be alright."

When mentioning the CB1100 RS’s smaller, lighter 4-2-2 exhaust system Honda quietly mentions that it has been “optimised for resonance and the generation of an evocative four-cylinder engine note.” I’m hoping that means the RS will quell previous murmurings about the CB1100’s lack of character. You want an old-school bike to sound a little old school, after all.

Thank you Honda, may we have another? The Honda CB1100 RS is cool but is their a racier version out there?

Beyond these facts and figures we don’t know when the CB1100 RS will be available, nor how much it will cost. To be perfectly honest, we don’t even know if the bike will show up in the United States (Intermot was a European event, after all). What we do know is that we are going to put on our very best pair of Pretty Please Pants and beg Honda to give us a chance to ride this bike as soon as possible.

Honda takes great pride in the CB1100 RS's seamless tank. We agree that these lines are pretty sweet.